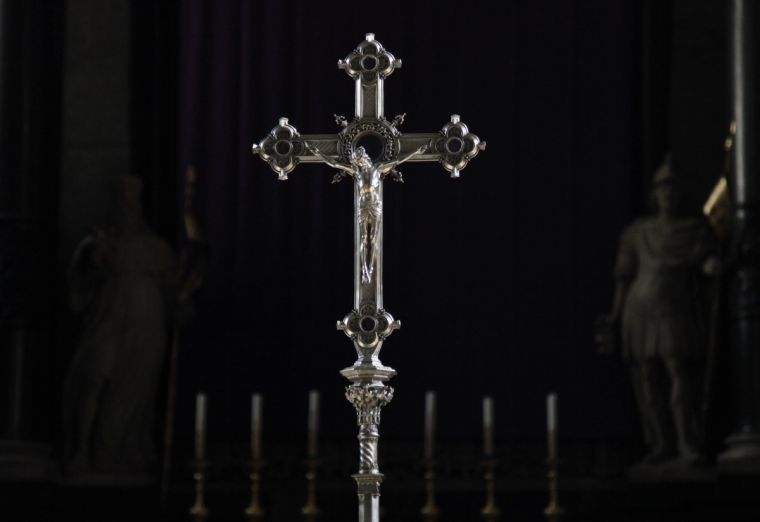 This is no.13 in the apologetics series for Christian Today – you can get the original Here

If the Church is supposed to be the ultimate apologetic for Christ (“all men will know that you are my disciples, if you have love for one another”), it seems as though the case for Christ is very weak! The general attitude is perhaps summed up best by the famous quote attributed to Mahatma Ghandi:

Never mind the fact that people who say this often know very little about Christ. It is an effective argument because it contains a grain of truth and because it means that the Christian message can be summarily dismissed on the basis that Christians are human! We are the victims of the ultimate ad hominem arguments. According to the Oxford English dictionary ad hom is: “(Of an argument or reaction) directed against a person rather than the position they are maintaining”. It really means to play the man, rather than the argument. “An ad hominem argument is one that relies on personal attacks rather than reason or substance.” There you are trying to tell people about Jesus and you get hit with everything wrong that any Christian/Church is supposed to have done – whether it is last week’s subject ‘Christianity spread by violence‘ or the Spanish Inquisition, Westboro Baptist Church or of course that perennial favourite – Hitler.

I am astonished at how many atheists must have read Mein Kampf, given the number of times the quote about Hitler calling Jesus his Lord is used. The trouble is that for the vast majority this is all they have read (usually from another atheist blog/website). They have not read the book, they don’t know the context and history of the period and they know precious little about the life and thoughts of Adolf Hitler. This quote is enough for them (combined with the fact that he was baptised as a Catholic).

In this regard it is important to remember that a statement without a context just becomes a pretext for whatever particular prejudice we want to put forward. Christians of course can be as guilty of this as anyone else – I have read some incredible statements from Christians that are made without any supporting evidence other than “I read it somewhere”. The deathbed conversion of Charles Darwin is one such ‘urban myth’. But the trouble is that in this era of historical, religious and philosophical illiteracy, it is all too easy for people to surf the web and find ‘evidence’ for what they believed in the first place. It’s called confirmation bias.

But if you can it’s great to get people to do something really old fashioned – read and think. Once you begin to examine the evidence it is astonishing just how much influence for good Christianity has had on our society.

Do you remember this hilarious Monty Python sketch where John Cleese, acting as the leader of a Jewish liberation group, asks ‘what have the Romans ever done for us?”.

One of his followers mentions the aqueducts. The others go on to mention a long list of things which results in Cleese finally asking: ‘What have the Romans ever done for us – apart from sanitation, the roads, irrigation, medicine, education, public health, the wine, law and order, and peace!”

What have the Christians ever done for us? While we can list the faults of those who profess to be Christians who have done great harm, the good done in the name of Christ is quite astonishing.

“The gospel not only converts the individual, but it changes society. On every mission field from the days of William Carey, the missionaries carried a real social gospel. They established standards of hygiene and purity, promoted industry, elevated womanhood, restrained anti-social customs, abolished cannibalism, human sacrifice and cruelty, organised famine relief, checked tribal wars, and changed the social structure of society.” (Samuel Zwemer, Professor of Missions at Princeton)

Education (every major European university was founded on Christian principles), social reform, medicine, democracy, the arts and modern science all owe much of their current existence to the teaching and ideas of the followers of Jesus Christ. That’s a bold claim but one I think that can be substantiated. Take, for example, the question of science. As many have recognised, rather than being suppressed by the Church, modern science stems from a theistic culture and indeed would have been impossible without the understanding that there was an ordered universe created by God. Strangely I find that faith in Christ and science go together, feeding off one another. “Far from belief in God being some sort of irrational leap of faith it is the most rational hypothesis there is; and perhaps it is the only plausible and sure foundation of the rationality of the universe that science presupposes.” (Keith Ward)

It’s not just science. What we consider ‘modern’ values such as equality, tolerance and freedom are the fruits of Christianity as well. In a fascinating and detailed book, Inventing the Individual, The Origins of Western Liberalism, Larry Siedentop argues that all of these ideals stemmed from the early and medieval Church. Vishnal Mangalwadi is an Indian who has written a compelling account (The Book that Made your World), of how the Bible has been formative in the development of modern Western society. When we ask the question, what did the Christians give to us, modern Western society should recognise that it is the foundation of everything. The question then becomes what happens when you lose the foundation? Will the walls come down and the roof fall in?

My own small nation of Scotland sent doctors, engineers, military men, politicians and missionaries all over the globe. For many the primary motivating factor was their Christian faith. We were one of the most literate and educationally advanced nations in the world, thanks largely to John Knox’s maxim that where there was a church there should be a school. I don’t think it is without significance that as Scotland has rapidly secularised, so we have rapidly dumbed down with one in five Scots now being functionally illiterate.

Speaking of education I went to the University of Edinburgh founded by the Church, funded by a welfare state established on Christian principles, to study history. One of my specialist subjects was on the English Civil War and as part of that I had to read a book by the Marxist historian Christopher Hill,The World Turned Upside Down. I loved it and learned a great deal from it; although I disagreed with his pre-supposition that God had nothing to do with the tremendous social, political and economic changes at that time. In fact the Bible verse which provided the title of that book (Acts 17:6) has become a kind of theme verse for my own ministry in and through the church. Tolstoy in his agonising about society and how to transform mused that everyone seemed to think about changing society, no one thought about changing their own hearts. The radicalness of Christianity is that it changes society by changing people.

The fact is that from the time of Christ, his Church, with all its faults and imperfections, has fulfilled his mission. His work has continued and the world has been turned upside down.

Let me finish with one more story. History is not about memes, myths or Internet confirmation basis. It is about examining facts and primary sources. A woman called Traudl Junge wrote her story towards the end of her life. She made a fascinating comment about her boss:

“Sometimes we also had interesting discussions about the church and the development of the human race. Perhaps it’s going too far to call them discussions, because he would begin explaining his ideas when some question or remark from one of us had set them off, and we just listened. He was not a member of any church, and thought the Christian religions were outdated, hypocritical institutions that lured people into them. The laws of nature were his religion. He could reconcile his dogma of violence better with nature than with the Christian doctrine of loving your neighbour and your enemy. ‘Science isn’t yet clear about the origins of humanity,’ he once said. ‘We are probably the highest stage of development of some mammal which developed from reptiles and moved on to human beings, perhaps by way of the apes. We are a part of creation and children of nature, and the same laws apply to us as to all living creatures. And in nature the law of the struggle for survival has reigned from the first. Everything incapable of life, everything weak is eliminated. Only mankind and above all the church have made it their aim to keep alive the weak, those unfit to live, and people of an inferior kind.”

Her boss was Adolf Hitler.

Sometimes when one reads, thinks and examines the evidence, it is possible to come to an understanding of truth in history. History is His story. The more you delve in, the more you understand, the more you see that history is a confirmation of the Bible’s basic teaching about God and man, and about the central figure of that history – the God man before whom everything is Before Christ and after whom everything is AD Anno Domini (the year of our Lord).

David Robertson is the moderator of the Free Church of Scotland and director of Solas CPC, Dundee. Follow him on Twitter @theweeflea. For previous articles in his apologetics series, click here.