This article was published in Christian Today – here

Does the death of the Queen mark the end of the Christian Church’s influence in Scotland? Is the hard-won liberty that Christianity brought to the nation about to be replaced by a soft authoritarian progressivism? The case of a Scottish politician disciplined by his party for daring to speak up in defence of the baby in the womb is an indicator that this may be the way things are heading. 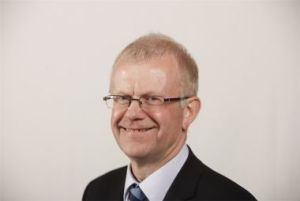 John Mason is an SNP MSP (Member of the Scottish Parliament) for Glasgow. He is also a Baptist Christian who is not ashamed to speak of his faith. There are a surprising number of Christian MSPs in the Scottish parliament. But Mr Mason has now fallen foul of his own party and has been formally disciplined for “causing distress and trauma to women in the way he expressed his views on abortion rights, but not for his views or his faith”. His case is a chilling indication of how Orwellian and authoritarian the SNP, and thus the Scottish government, have become.

What did he say? The Scottish government are making a great fuss about their plans to have ‘buffer zones’ around abortion providers. Mr Mason went to observe a protest and noticed that some of the activists were holding up signs saying ‘some women do regret abortions’.

He tweeted: “Surely these signs are very gentle and offering help? I do not see anything hateful or harassing about these signs.”

He went on to state that he went to one of these protests not to participate, but to speak to the people there, before adding that he thought abortion was seldom ‘essential or vital’. Given that he was just expressing the view of the Catholic Church, the Church of Scotland, the Free Church, the Baptists, FIEC and many others, one would hardly think that this merited discipline.

You have free speech, but you can’t verbalise your views!

It is the letter of discipline, dated 29 June, from MSPs Stuart McMillan and Gordon MacDonald which is both revealing and disturbing.

“We would like to make it clear that we absolutely respect your right to hold your views on abortion and your right to freedom of speech and expression. We do not, however, believe that you have the right to impose these views on others,” they said.

But there is no evidence that Mr Mason was seeking to ‘impose his views on others’ – unless simply expressing your view is now considered by the SNP to be imposing it. In that case every time an SNP politician expresses their views, they are seeking to impose them and therefore should be disciplined.

But the Orwellian irrationality of the letter does not end there. Instead, they come up with another gem. Although they argue that Mr Mason has the right to free speech, they also state that, “The verbalisation of your views has caused great distress and trauma to many women and have also been regarded as misinformation by medical professionals.”

So, Mr Mason is entitled to have his views and he is entitled to free speech, but he is just not entitled to ‘verbalise’ them. Only in a nation which has departed from its Christian roots and turned to the meaningless ‘Alice-in-Wonderland’ progressive view of language, could any such sentence be written.

Note the two areas this discipline is based on. Firstly, that Mr Mason was spreading ‘misinformation’ (according to ‘medical professionals’). But what is the misinformation? That some women regret abortions? It is not difficult to establish that that is a fact.

When abortion is used as a form of contraception, or for non-essential reasons (cleft lip or inconvenient timing) then surely it is reasonable for people to question just how essential or vital it is? I know many medical professionals who would agree with Mr Mason – but of course the SNP is following the modern progressive practice of only citing ‘experts’ who agree with their own policies.

The other area of discipline is that Mr Mason’s views have caused “distress and trauma to many women”. I find that many of the Scottish government’s leaders and politicians have caused distress and trauma to many men and women. Think for example of the attacks on women caused by the Scottish government’s Gender Recognition Act – and the abuse that opponents of it, such as Joanna Cherry, have had to face.

Yet no discipline has been meted to those who push that offensive and belittling policy. How about the SNP politicians whose views against the monarchy have caused ‘distress and trauma’? Should they be disciplined?

Take the extraordinary example of Ian Blackford, the SNP Westminster leader who broke with the longstanding SNP policy of not interfering with other jurisdictions in the UK by voting to impose abortion on Northern Ireland. Mr Blackford is astonishingly a member of the Free Church of Scotland, who also should have disciplined a member of the Church who goes against the teachings of Christ. Dear Ian &#8211; An Open Letter to Ian Blackford

Or take another well-known SNP politician, John Nicolson. In 2018 he felt perfectly free to accuse Christians on the island of Lewis of being ‘the Tartan Taliban’. In response to this I wrote an article in the Daily Mail in which I wrote of my concern “for a Scotland where the increasing power of the State is used to indoctrinate and enforce an intolerance of all who dare to question ‘Scotland’s values.'”

“Above all I am concerned for a Scotland where a centralised State police force is used to regulate our thoughts, morals and speech,” I added.

Mr Mason has been placed on a warning notice and told that “there must be no further breaches” in the next 24 months. But the SNP should also be warned. I know many Christians within the SNP and if the party continues on this bigoted and authoritarian route, then they could lose some of their biggest supporters and brightest stars.

Above all, they should be aware that God is not to be mocked – and that they are not God. There are many in Scotland who have not bowed the knee to the progressive Baals and who do not accept that the government has the right to determine our morals, thoughts and words.

The government can make laws; it cannot control our hearts. Freedom of speech and freedom of religion are precious jewels that our ancestors fought and died for. We are not about to hand them over to a privileged elite who think that they alone can determine what we think, feel and do.

David Robertson leads The ASK Project in Sydney, Australia. He blogs at The Wee Flea.