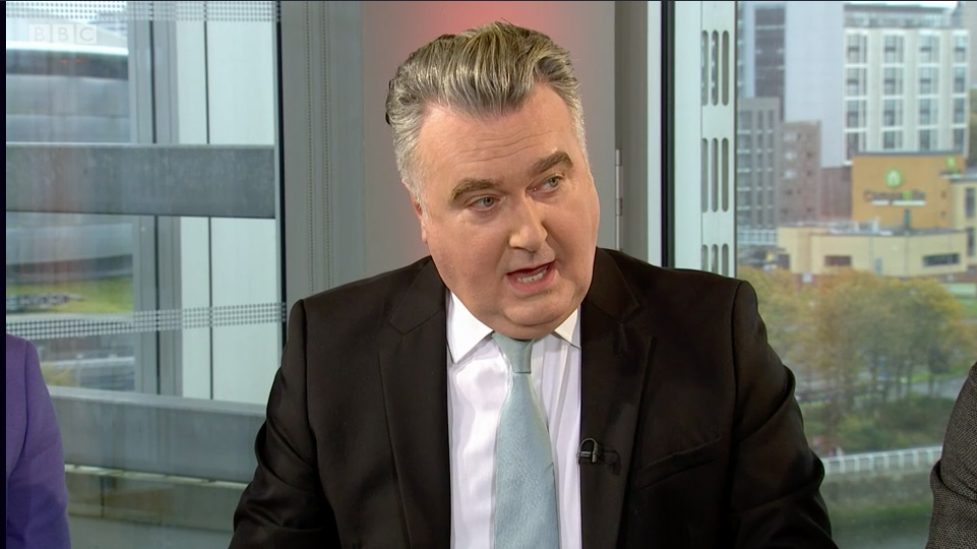 As a result of my previous blogs The Scottish Daily Mail asked for an article – which they published yesterday. I am thankful for this opportunity…Here is the text of the article…(I am heading away for three days break – from my computer – so don’t have time to put up all the other links). This is the news article they published a couple of days before my column).

The Taliban in Afghanistan are notorious for their killings, torture, bombing and beheadings – a form of activity which I think all of us would agree is somewhat intolerant.

But did you know that according to one SNP politician, the former MP John Nicholson, some people believe that a Tartan Taliban exists? Apparently they have their underground caves in the Western Isles.

He talks of Stornoway being ‘tinged with intolerance, historically.’ So have there been beheadings in Benbecula, tortures in Tolsta or bombings in Barra?

Mr Nicholson’s reference to the ‘Tartan Taliban’ on the Andrew Marr show last Sunday were in the course of a discussion about the Stornoway Pride parade, which as he rightly pointed out was a sign of how much Scotland has changed – although quite why a man parading down the High Street in Stornoway in suspenders is seen as a sign of ‘progress’ puzzles me.

What disturbs me is what these remarks, combined with the Scottish Government’s and Police Scotland’s latest poster campaign tell us about the direction in which Scotland appears to be heading.

The poster campaign is quite shocking. A poster that is supposed to be about respect, tolerance and love manages to mock, abuse and create intolerance.

“Dear bigots, you can’t spread your religious hate here.  End of sermon.  Yours Scotland.  Hate crime. Report it to stop it.”

And so I did.  I reported the police to the police for creating a ‘hate incident.’ I look forward to their investigation.

The poster equates bigotry with religion and implies that religious people, who do not agree with the state’s current doctrines, are not really Scotland and are not welcome in Scotland.

Of course they deny that and say it is all about ‘love and tolerance’ and preventing abuse of religious people. Pull the other one.

‘Dear bigots, you can’t spread your nationalist hate here.’  Would the Scottish government and Police Scotland publish these because they wanted to prevent hatred of nationalists?  Of course not.I look forward to the new posters being displayed.But they won’t be.  Because this whole campaign is about those in power discriminating in favour of some groups, virtue signalling about themselves and blaming others.

If you look at the OneScotland website and see how they do Third Party reporting you can learn a great deal about who they want to report hate crime – there were plenty of LGBT groups, mosques and Islamic centres.I have no problem with these and other worthy civic groups being used – but why are there no churches?  Not one.

I could spend my whole day filling out ‘hate incident’ reports to the police – on the basis of the abuse that I and others get.But the forms are not designed for that – they exist to further the predetermined narrative that only certain groups can be victims of hate in the patriarchy that is apparently still Scotland.

I am a white middle-aged Scottish Christian male. How could I possibly be a victim? Once you understand how the new identity politics work you soon learn that only certain groups have the right to identify themselves as victims

As I watched the SNP Conference this week it was interesting to see just how much the groupthink has taken hold – Scotland is the most ‘progressive’ country in the world.  We are ‘inclusive, tolerant and equal.’  But what does that mean?

Even in response to this campaign I have had people write and defend what is happening by arguing that the Government is only intolerant of intolerance.The trouble is that they define intolerance as anything that disagrees with their ideology.  And so the circular thinking is complete, and people can quite happily carry on mocking others who disagree with them, all in the name of tolerance and equality.

Which brings us back to the Mr Nicholson’s reference to Tartan Taliban.’ Those who hold this view could be described as discriminatory and prejudiced and should be reported to Police Scotland as a ‘hate incident.’

The Christians in Lewis are not planting bombs, killing people, oppressing women or killing homosexuals.  On the other hand, the Taliban are a fundamentalist nationalist political movement in Afghanistan – fighting to liberate their country from a bigger nation.They don’t tolerate any deviation from their ideology and they speak of being part of a wider international movement that they think will take over the world.  They believe they are the ones on the ‘right side of history.’ Sound familiar?

I heard a lot at the SNP conference about people’s rights.  For example the Justice minister Mr Yousaf said “Every EU national in Scotland know this, that Scotland values you and your families and we will continue to fight for your rights.”    Excellent.

I would hope this would apply to people from other countries as well.  And also those from Scotland.  Perhaps the justice secretary can say to those of us who are Christians that Scotland values us and our families and will continue to fight for our rights?  The SNP conference condemned the Tories for making Britain hostile to migrants.  What about the Scottish government and the state police making Scotland hostile to biblical Christians?

I feel as though I am an alien and a stranger in my own country.  My views are despised and mocked by those who pride themselves on how tolerant and diverse they are.    They don’t engage with these views because they don’t engage.

I have a lot of time for the SNP.  I think they have some fine politicians.   I also think that the Scottish Government has done some excellent work.  But I am concerned for my country and where it is going.  The mantra of the new progressive Nationalism seems to be “It doesn’t matter where you are from, it matters where you are going.”

The trouble is that it actually does matter where you are from (history, geography, ancestry and society cannot be dismissed that easily) and it matters a great deal if we don’t all buy into the ‘follow the yellow brick road’ fantasy of the ‘progressive’ ideology that is now driving our country.

I am concerned for a Scotland where the increasing power of the State is used to indoctrinate and enforce an intolerance of all who dare to question ‘Scotland’s  values.’

I am concerned for a Scotland where so many people owe their employment to a government that brooks no dissent from their ideology in any sphere (education, business, arts, media or health.)  I have been contacted by teachers, serving police officers, artists, doctors, social workers, politicians and journalists – who all agree with this analysis but are scared to say anything lest it affects their careers.  Is this the modern, open, tolerant Scotland we want –  where intelligent, caring people are scared to speak in case it harms their careers?

Above all I am concerned for a Scotland where a centralised State police force is used to regulate our thoughts, morals and speech.

The phrase ‘expressed, enthusiastic consent’ was used several times at the conference.Perhaps the Scottish government should not take Scotland down this authoritarian route without the expressed enthusiastic consent of the Scottish people.If they did a proper consultation (not one where they have already pre-determined the outcome)  then my hope and prayer is that Scotland would say no.