This case is a good example of how our secular progressive elites use their power to intimidate and silence real Christians.

Is it finished? Lessons from the Finnish prosecution of a Christian MP 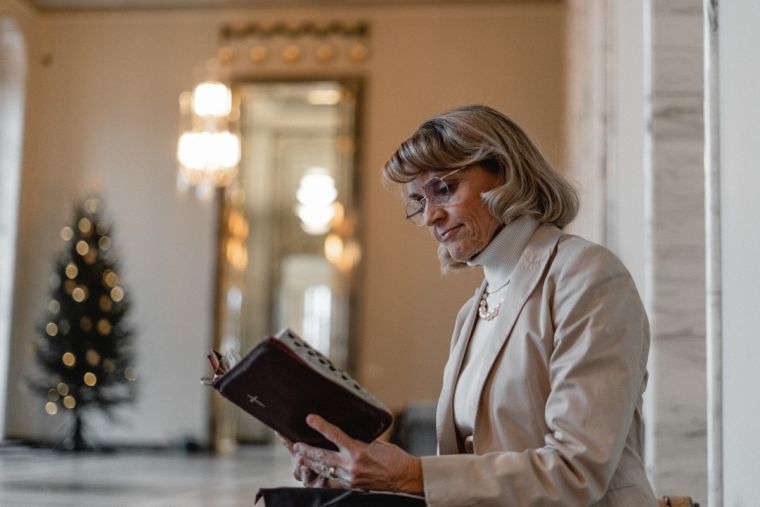 There is good news this week from Finland. The Finnish Christian MP, Päivi Räsänen, together with a Lutheran bishop, Juhana Pohjola, have been found not guilty of hate speech charges, while the prosecution has been ordered to pay 60,000 EUR in charges. That is the good news and to be warmly welcomed.

The bad news is that the case was brought in the first place. This was despite the police saying there was no criminal case to answer. This trial was a political trial brought for ideological reasons and there are important lessons for the Church throughout the West to learn from this case.

Mrs Räsänen was accused of making derogatory comments on three occasions including in a 2019 tweet, opposing the Lutheran Church’s participation in the Finnish Pride week, and using Bible verses to argue her position.

Being accused of sin can be upsetting. I recall one man who was furious at me for suggesting that his racism against Pakistani people was a sin; and another at a public meeting who was so furious that I was speaking of sin in general that he got up and started shouting and threatening me!

Yet sin is essential to the teaching of the Scriptures. It is the message of Jesus that he came to save sinners from their sin and plenty of people found that message offensive enough – they crucified him for it!

The notion of ‘harm’ is an interesting one. It is a word that is often used, and rarely defined. Harm comes on a spectrum. All of us would agree that killing someone is a ‘harmful’ act – but is challenging someone’s beliefs, philosophies or lifestyles really harmful? Who gets to determine what is harm at that end of the spectrum? In reality, it means that those in power can use the idea of ‘harm’ to blame, shame and control those with whom they disagree.

There are certain privileged groups who seem to be given immunity from criticism or questioning; the new secular religion of the humanists must not be blasphemed against.

The prosecution claimed that the MP’s statements violated the equality and dignity of homosexuals. But what equality is there? If I claimed that many of the things I hear in our society attack my equality and dignity as a Christian would any state prosecutor ever consider bringing such a case? In effect the Finnish State prosecutor was declaring that some parts of the Bible are not allowed to be spoken – or indeed believed!

It was astonishing that the prosecution claimed that they were not challenging religious views but ‘the expression’ of those views. But there is not much point in having views if you are not allowed to express them! Although I’m sure this has happened before in other Western societies, I cannot recall such a blatant case of seeking to suppress freedom of speech. You can believe what you want – you are just not allowed to say what you believe!

They also argued that the case should be based on the secular legal system and not the writings of the Bible. Yet they were the ones putting the writings of the Bible on trial. Christianity rapidly grew and developed in Finland from the 13th century. Finnish society, including its law, was based upon the principles of Christianity. If the current system is not based on Christian principles, what is it based on? The fact that something is secular does not mean that it is without principles or that it needs to be godless.

This statement of the prosecution was also disingenuous. Mrs Räsänen was not asking for her defence to be based on the Bible; she was asking for the freedom to quote the Bible and to defend biblical principles. It was the State who was seeking to prevent her from doing so.

Bear in mind that Mrs Räsänen was a senior politician, having been Finland’s interior minister from 2011 to 2015. This case was not a random one, but one designed to intimidate and send out a signal that the new secular morality must not be challenged. Criminalising speech through the use of ‘hate speech’ laws is the mark of an authoritarian government which seeks to shut down any debate or questioning of its fundamental ‘values’. It is not the way of Western liberal Christian democracies.

In Luke 12:11, Jesus warns his disciples that we will be brought before religious and political authorities, and he tells us not to worry about what to say. I find it strangely reassuring that just as Christ’s words about ‘wars and rumours of wars’ are apposite for today, so his warning to his people about this intolerance also turns out to be relevant.

While we are thankful that this particular case was won, we must realise that there will be many more. The devil’s chief aim is the destruction of humanity and the suppression of the Word of God. We must continue to be vigilant, prayerful and ready for action. The roaring lion is out to devour. We will need the full armour of God in the coming days.

The Crescent, the Cross and the Collapse of European Civilisation

Hillsong heartbreak: how should we respond?