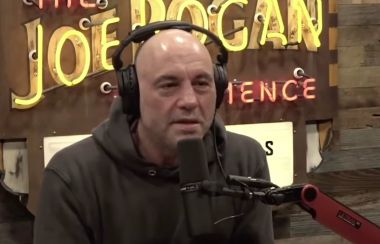 The new mantra for many in our society is ‘listen to the experts’. For example, the public health experts who for years told us that low fat was better than low sugar. This was challenged in 1972 by one UK scientist, John Yudkin, who argued that high intakes of sugar were much more dangerous. He was attacked, ridiculed and his career was ruined. No food expert now denies he was right.

This is a pattern repeated throughout history. In the 19th century the Hungarian physicist Ignaz Semmelweis was mocked by the ‘experts’ when he found that hand washing could radically cut the transmission of diseases.

In today’s society, there is a worrying trend to speak of ‘the science’ and to insist that politicians, media and educators should all listen to ‘the experts’. Those experts who disagree with the science are immediately labelled as conspiracy theorists who provide ‘misinformation’ and who need to be silenced because they are ‘harmful’. The result is that real science is damaged – because there is no such thing as ‘the science’.

Science is a methodology which works by people being able to challenge and question. The irony is that having unquestionable ‘experts’ is itself harmful to science and real experts, and that those who accuse everyone they disagree with as ‘conspiracy theorists’ end up giving support to the real conspiracy theorists. The policing of science by social media corporations, bureaucrats, politicians and even clergy is not healthy for science or society.

Which is why the fuss over Joe Rogan and the appearance of Dr Robert Malone on his phenomenally popular podcast is so disturbing. For those who are unaware, Joe Rogan is a media phenomenon whose podcast goes out several times a week and attracts around 11 million listeners per episode.

Spotify paid $100 million to have him exclusively on their platform. To get some idea of his importance, consider this: Fox News has 2.37 million primetime listeners, The Rachel Maddow Show 2.2 million, MSNBC 1.27 million, and CNN Primetime 0.82 million. Rogan is bigger than all of them combined.

After 270 ‘scientist, doctors, and medical professionals’ wrote an open letter attacking Rogan for promoting misinformation, the musician Neil Young demanded that his music be removed from Spotify if they did not remove Rogan. Spotify did what he requested, although not in the way he was looking for, and removed most of his music.

Then the real pile on started – Joni Mitchell, the Foo Fighters and Barry Manilow were all lined up to leave. The UK comedian Stewart Lee also withdrew – although one suspects Spotify are not too worried at losing his 6,957 listens per month!

I note in passing there was a time when comedians used to be funny. Now it appears that some at least see themselves as enforcers of the woke culture they deny exists. Harry and Meghan released a statement decrying a ‘global misinformation crisis’, but did not walk away from their $25 million deal with Spotify. The White House joined in the pile on. Media news outlets and commentators on social media repeated the mantras that Rogan was providing ‘misinformation’ that killed people.

Whether you agree or not – and, unlike our cultural thought police, I am not here to do your thinking for you – it is clear that Malone is not an anti-vaxxer. He has been vaccinated and has had Covid twice. His sin is to argue that healthy young people don’t need to be vaccinated, to promote anti-virals and to question the vested interest of Big Pharma.

He may be right or wrong, but he hardly deserves to be demonised. And the questions he raises surely deserve to be answered? Not least because he is one of the scientists responsible for helping develop the mRNA vaccines.

But what about the letter from the 270 doctors? This is a great example of how misinformation and cancel culture work. Take for example this headline: “Hundreds of doctors sign open letter asking Spotify to address ‘mass misinformation events’, take aim at Joe Rogan’s show….”

Given that many people do not read past the headlines, this is important. Once you look beyond the headlines, and indeed most of the repeated articles after them, you discover that the letter from 270 ‘experts’ is not from experts. They include a vet, a dentist, social workers, almost 100 students, rival podcasters etc. Only 87 are doctors and not many, if any, are peer-reviewed epidemiological scientists. Most of the reporting on this was itself misinformation – whether deliberate or just because of laziness.

The attack on Rogan was vicious. A mashed-up clip of Rogan using racist language went viral on social media. The video clip was produced by Patriot Takes, an organisation apparently linked with MeidasTouch PAC (or political action committee, a form of organisation in the US that allows unlimited money to be raised for supporting political candidates).

The purpose of this clip was not to fight racism (these episodes had been around for 12 years without a word), but to bring Rogan down and to warn others who dare to challenge the narrative and dominance of mainstream media. At a time when we need a mainstream media that is impartial, fact-based and diverse, it seems as though we are ending up with one which behaves like the worst of social media. The Twitterisation of media is a disaster for democracy – and for Christianity.

There is much for the Church to be aware of in this particular battle in the world’s cultural wars. One danger is that we buy into their simplistic narratives. The fact is that there is misinformation out there. It should be countered with the truth – not with bullying, bans and social media pile ons.

Misinformation costs lives. This week for example the scientist Sir John Bell told the BBC that misinformation “damaged the reputation of the [AstraZeneca] vaccine in a way that echoes around the rest of the world” and that “bad behaviour from scientists and from politicians has probably killed hundreds of thousands of people”.

The misinformation around Covid – even that ‘fact checked’ by Twitter – has been astonishing. Rachel Maddow told her millions of listeners that we now know ‘for certain’ that vaccines stop you getting Covid and prevent people passing it on. President Biden told us that 100 days of masking would beat Covid. After 450 days of masking, Washington is in the midst of its largest outbreak.

Neil Young was right: misinformation about science does cost lives, which makes it ironic that he released a whole album in 2015, The Monsanto Years, and a documentary which stated that genetically modified foods were harmful, poisonous and would lead to serious disease – all dangerous anti-scientific nonsense. But now the ‘keep on rocking in the free world’ rocker wants to censor people for being unscientific!

What bothers the media corporates is not misinformation, but the fact that they have lost their control of the narrative. I suspect if any Christian preacher became as popular and influential as Rogan the hounds of Hell would soon be after them as well. It was ever thus with the prophets. Jeremiah, John the Baptist, Paul and Jesus would find themselves among the ‘silenced’.

One final thought. The big weapon in the cancellation arsenal is the harm narrative. Rogan must be cancelled because his guests’ views cause harm. A couple of weeks ago I wrote about the debate between Jayne Ozanne and Peter Lynas. One thing I noted was how Jayne used the harm narrative to condemn and attempt to silence. When the world can’t shout us out, there is always the attempt to emotionally bully by claiming that what we say is harmful.

What all of this means is that not only must we learn how to counter a particular piece of misinformation (it should come as no surprise that the Father of lies is quite good at them!), but we must always remember that the worst harm that can be done to anyone is to deny them the Good News of life, love and light.

Quantum 184 – Keep on Rocking in the Free World