I sat down last night – disturbed and distressed at what I see happening in the world in general, my beloved Scotland in particular, and even more so at the desperate state of the Church which seems confused, divided and leaderless.    I started to write something about how much of the  Church has been captured by the Green Cult, but as I began – this just came out.  I will post later about what I believe is happening to the church – but this I believe is the Lord’s message for today.  I sent it to Christian Today and they were happy to publish it here.

I see too many Christians in despair or dividing about this.  At a time when we should be united around Christ and his word –  and filled with hope. If you think that is helpful – then please do pass it on.

I originally entitled it ‘What Christ has to say to Cop26’ but I like their headline! 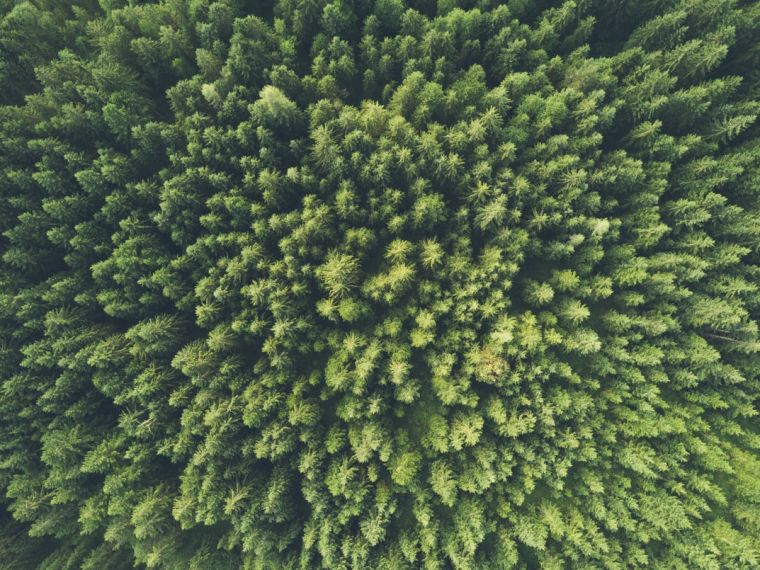 It’s only day one of COP26 and I suspect many people are already fed up of the endless news, constant commentary, and, to be frank, all the depressing ‘doom and gloom, turn or burn, end of the world is nigh’ rhetoric.

One Minute to Midnight?

According to the Prime Minister Boris Johnson, it’s “one minute to midnight” for humanity. According to Prince Charles and numerous other leaders, this is our last and best chance to save humanity. And according to a breathless commentator today, “it’s no exaggeration to say the COP26 may be the most important summit in human history.”

But although there may be overkill, this is surely an important subject – even without the hyperbole. That is why Christian Today has some excellent articles on the subject and why I will continue to write on it.

Despite the almost uniform narrative, there remain many unanswered questions. How much can we reduce the CO2 that enters the atmosphere caused by humans? Will it make any difference given that only 3 per cent of CO2 is caused by humans? Will the absence of the Indian, Chinese and Russian leaders make any difference? Should we all go vegan, stop having children, buy up heat pumps and ban all but the rich from travelling by air?

Will the promised green technology provide the answer? What will be the effects on young people of the endless catastrophising? Will the radical proposals for green energy really result in climate justice or will the rich corporates become even richer at the expense of the poor? Is it really as black and white as ‘deny climate change and do nothing’, or go to the whole ‘end of the world, nothing else matters’ extreme? Will the cure be worse than the disease?

However, there is one angle that will not be covered in the secular media and even in most Christian journals. It’s not one that is immediately obvious, but one that is of enormous importance – both now and for the eternity that many of those who are worried about the here and now, don’t even think about. The ultimate solution to climate change is not the plans of the politicians – in fact the hubris and hypocrisy is likely to cause even more harm. Nor are the mantras and memes of extinction rebellion and the ‘let’s destroy the machine’ anti-capitalists going to produce anything other than frustration, anger and despair. Nor do the Christless religions of this world have any solution – even with all their ‘spirituality’. So, is the only answer that there is no answer? Perhaps darkness is our only friend?

I have been reflecting on this a lot recently and it seems to me that Romans 8 has the perfect message for COP26.

Because ever since the Fall (Genesis 3), the creation has struggled. The whole creation is groaning as in the pains of childbirth right up to the present time. Humanity’s impact on the climate did not begin with the industrial revolution. There is no way back to some kind of primitive Eden. But does that mean we are all doomed? No. The Creation is waiting for something. The pains of childbirth exist because a child is coming. For many people in our society, there is nothing beyond creation – that is all they’ve got and all they can conceive of. But the Christian knows that the creation is waiting for something special.

In a beautiful passage in his treatise ‘On the Making of Man’, Gregory of Nyssa (AD 335-395) waxes eloquently about the beauty of the creation – talking about how all things, the stars, sea, earth, living creatures, flowers, animals, birds are “adorned with their appropriate beauty”. And yet something was missing: “The gentle motion of the waves vied in beauty with the meadows, rippling delicately with light and harmless breezes that skimmed the surface; and all the wealth of creation by land and sea was ready, and none was there to share it.”

And so, humanity was created by God, in his own image, that we may enjoy, share and delight in all his works. That we may “behold of his wonders, and by his enjoyment he might have knowledge of the Giver, and by the beauty and majesty of the things he saw might trace out that power of the Maker which is beyond speech and language”.

Modern humanity either sees nature as something just to be exploited, or humans as just another creature which the world would be better without; or as somehow just spiritual beings, one with the cosmos. But the Bible teaches that we are made in the image of God and as his image bearers, we are to rule over creation. And it tells us that, just as the creation was made for us to share, so it waits now for fallen humanity to be renewed.

Furthermore, the earth is not out of control. God sustains all things. Indeed, it is Christ who created all things – they have been created through him and for him. He is before all things and in him all things hold together (Colossians 1:17). Christ is the unifying principle of the universe – not Gaia, not atheism, not ‘the gods’, not the principalities and powers, not impersonal laws. That’s why it is both extremely arrogant and foolish for human beings to think that it is us who control the climate. He’s got the whole world in his hand – not us.

Moreover, we are told that the earth will not be destroyed by natural disasters such as the flood – the true meaning of the covenant sign of the rainbow. And that although there is a promise that the earth will be burned up by fire (2 Peter 3:10), this is not at humanity’s instigation but is the judgement of God before the ultimate renewal of all things. In other words, the earth is not spinning out of control.

The Old, the New and the Renewed Creation

Which brings us back to the pains of childbirth. What child is the creation waiting for? Paul tells us. The creation waits in eager expectation for the children of God to be revealed. In other words, the whole creation is waiting for the new Creation – human beings who are saved by Christ and his atoning death on the Cross. If that is the case, then the best thing that anyone can do for the planet is preach, practise and proclaim the Good News.

And yet just when we have the answers to the questions that the world is answering, it appears that so much of the Church, including some evangelicals, have got caught up in the solutions that the world is offering. All we do is add a little bit of Christian flavouring. But the world does not need a Christianity which just echoes the solutions of the world. What the world needs is the unvarnished, uncompromised Good News of Christ. Instead of seeing the world through the eyes of God’s word, we now see the word through the eyes of the world. It is little wonder that we are so insipid and tasteless.

Jesus taught as one who had authority (Mark 7:29) and the people heard him gladly. If we preached the Gospel of Jesus rather than the bad news of George Monbiot, Prince Charles or Greta Thunberg, then they might hear us gladly as well.

So, what does Jesus say to his church?

“Don’t worry – I’ve got this. I made all the creation. I keep it all together. Do you really think I would let my creation destroy itself?! I came and gave my life for the world. I’ve already paid the price. I’m going to liberate the creation from its bondage to decay, by bringing all my people in. The world won’t end until the appointed day of judgement. And then it’s going to be renewed. As well as being the head of creation, I am also the head of the church. And you get to be part of that. Don’t worry: it’s not your church, it’s mine. It’s not your creation, it’s mine. And nothing will stop me fulfilling my purpose. Why are you worried about the planet? Why, there is not even one sparrow that falls to the ground without my Father knowing! If he looks after the grass of the field, how will he not also care for you? But seek first his kingdom and his righteousness and all these things will be added to you. Behold I am coming soon. Those whom I love I rebuke and discipline. So be earnest and repent. Here I am. I stand at the door and knock. If anyone hears my voice, and opens the door, I will come in and eat with that person, and they with me.”

Romans 8 Road to Hope – No.9 – Christ’s Answer to the Climate Change Question.

Planet of the Humans &#8211; The Problem with the Green Movement.