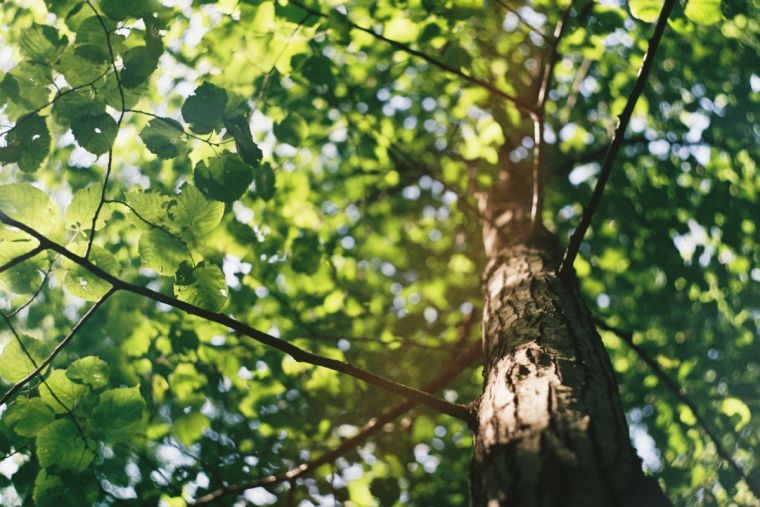 It was an astonishing report. One that causes you to stop, rewind and ask, “Is that really happening?” Back in September 2019, the BBC were reporting about the desperately poor quality of air in Delhi, India. Then in April this year, they reported that the skies were blue, the air was clean and even the Ganges was clear.

Possibly the most astonishing thing was listening to people who had lived in Delhi for years and had never seen the Himalayas. Now they could.

It is one of the surprising side effects of the Covid-19 crisis. As economies around the world slow down, the air has become cleaner and clearer. A report issued in the EU suggested that 15,000 lives in Europe had been saved by the reduction in air pollution. There are those within the Green movement who see this as a great opportunity and to be honest, I get their point and have some degree of sympathy. Perhaps it was always going to take some kind of cataclysmic event to waken the world up?

So as I reflected on this and particularly on Revelation 11:18 – “the time has come for destroying those who destroy the earth” – I was intrigued to see that a new Michael Moore documentary entitled Planet of the Humans has just been produced.

It has caused quite a stir in the Green movement, with calls for it to be banned. As a result it has garnered over 7 million YouTube views since it was released. Moore, famous for documentaries such as Bowling for Columbine, is always provocative and stimulating. Planet of the Humans is both shocking and depressing. It is shocking, because rather than being a celebration of the Green movement, it is an expose of how it has been taken over by big business – and the sheer hypocrisy involved.

Richard Branson, the Koch brothers, Michael Bloomberg and Al Gore are all named and shamed. There are so many interesting facts revealed – not least that many so-called Green solutions like wind turbines are not ‘carbon neutral’ and can do a great deal of damage to the environment.

I found particularly interesting the information about biomass and woodchip. Great swathes of forest are being cut down in order to create this ‘green’ fuel. The notion of turning food crops into oil for cars has always struck me as somewhat immoral. Growing grain to fuel cars rather than feed people seems a strange way to help the planet and the human race.

Planet of the Humans is also revealing in terms of what it tells us about contemporary American (and thus much of Western) culture. We are told that ‘the Right have religion’ and the Left have the Green movement. I would regard both of these as false quasi-religious movements.

Whilst the documentary is an excellent expose of the hypocrisy and double standards of much of the Green movement, it really struggles when it comes to offering solutions. The film seems to be suggesting that the real problem for the planet is humanity – and the best thing is either for human beings to be greatly reduced or even removed altogether.

One of the participants, Solomon Sheldon, hints at the solution when he talks about our denial of the reality of death and that we need to “radically overhaul our basic concepts of who and what we are”. Another suggests, “If we get ourselves wisdom and control then all things are possible.” Well amen to that. The solution is staring us in the face but we refuse to see it.

What if the Bible’s teaching on all these subjects is the truth? It seems to me to fit perfectly. We are not talking here about religion as a tool of either the Right or the Left – but simply what God tells us about the earth, humanity and death.

Take the latter. If humans are just a blob of carbon floating from one meaningless existence to another; if we are just part of ‘the One’ and ultimately being human doesn’t really matter, then yes, death is something we regard as just part of the natural process. But as Ecclesiastes 3 tells us, God has made everything beautiful in its time. He has also set eternity in the hearts of humanity – but they cannot fathom what he has done. We have the burden of eternity in our hearts. It is a lie to say that we just live and die and that’s it. We need to know the Immortal One in order to be saved from our own mortality. The current Covid-19 crisis shows just how confused much of humanity is on the issue of death.

The earth was created good. Human beings were placed on this planet as stewards to care for and use the planet. We are not called to destroy the earth. But nor are we to see ourselves entirely as the problem. In a world, which has been tainted and polluted by sin, we know that the creation ‘groans’ (Romans 8). But it groans not because it is dying, but in hope of the renewal of all things.

So what kind of people are we to be? We reject the extremes of either side of the Green debate. On the one hand, we do not accept that the planet is just there to exploit, because it’s all going to burn anyway. On the other, we do not accept that human beings are just a problem species who need to be put down in order to help Mother Earth. Instead we accept that human beings have been made in the image of the Creator and have been given a responsibility to care for the creation.

Planet of the Humans is just a stark reminder of The Who’s classic rock anthem Won’t Get Fooled Again. “Meet the new boss, same as the old boss.” The Green revolution won’t work unless it is a Christian revolution. The Green revolution either presupposes that human beings are essentially good and can sort the problem ourselves; or that we are so evil we should just be wiped out for the good of the planet. Neither is true.

The Christian Gospel says that Christ saves the planet by saving humans. He works from the inside out. God saving the world of humanity is also saving the world. In Christ all things are renewed. It is only as we are ‘born again’ that the planet with ultimately be reborn. Otherwise we are stuck in this never-ending cycle of destruction, hypocrisy and hubris. As Paul so brilliantly puts it: who will deliver us from this body of death? Thanks be to God, through Jesus Christ our Lord.