This weeks article in Christian Today – you can read the original here.

My original title was “The Discrimination of the Anti-Discriminators” 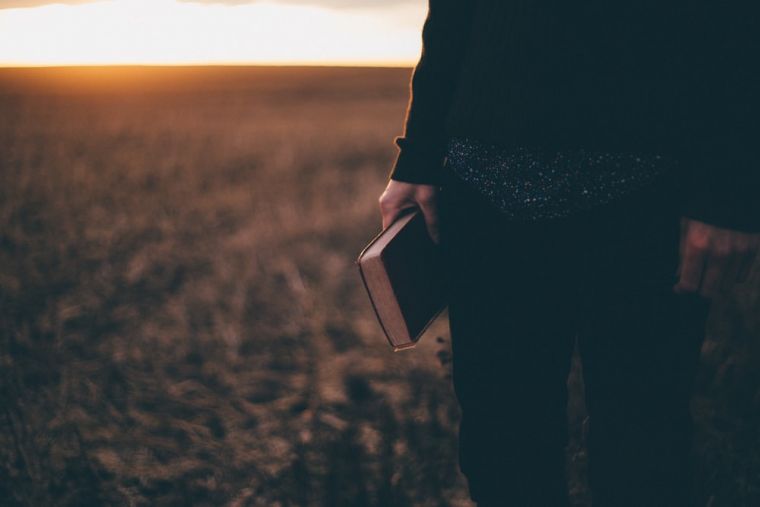 No-one wants to be accused of discrimination, but we all do it. Discrimination at its most core level is simply making distinctions. It’s not wrong to have a discriminating taste. But the sense in which it is usually used in a pejorative way is that of making distinctions or judgements not upon individual merit, but because of prejudices based upon the group, class or category that the person being discriminated against belongs to.

But this is not as simple as it sounds. Accusations of discrimination are a two-edged sword. Three examples this week show how the language of anti-discrimination is itself being used to discriminate.

In the city of Dundee, Scotland, the local food bank advertised for a worker with the stipulation that they be Christian. The food bank is a Christian organisation which provides services for all – without discrimination. It operates on Christian principles and with a Christian ethos. Is it unreasonable for them to ask that their workforce be Christian?

Fraser Sutherland, chief executive of Humanist Society Scotland, clearly thinks so: “It is disappointing to see a registered charity linked to the Trussell Trust flagrantly breaching the Equality Act so brazenly. The law is clear – you cannot discriminate against people from other faith or belief backgrounds when making an employment.”

One wonders in passing if the Humanist Society would employ someone who was not a Humanist?

Meanwhile in Victoria, Australia, the Attorney General, Jaclyn Symes, has announced that religious schools “will be prohibited from sacking or refusing to employ teachers because of their sexuality or gender identity under sweeping social reforms proposed by the Andrews government.” According to Ms Symes, this is being done to close an “unfair, hurtful” gap in anti-discrimination laws that allow faith-based organisations to discriminate on the basis of sexuality, gender and marital status.

Put that way it sounds reasonable, don’t you think? Although I suspect that the government will not be enforcing this rule in Islamic schools! But think beyond the clichéd rhetoric and the picture is somewhat different. For example, what if a school says that it would not fire a teacher because of their sexuality, but they expect all teachers to hold to the Christian teaching that sex should be kept within marriage and marriage is between a man and a woman. Would that fall foul of the law? If so, then the law is forbidding a Christian school from teaching what Christ taught!

One of the purposes of the Christian church is education. Amazingly we believe in Christian education – that is, the implementation of a holistic worldview taught by those who live, believe and share that view. The Victorian government thinks that our Christianity should be confined to what they believe are the ‘religious’ bits. But that is their belief. And they will tell us what is ‘religious’ and what is not.

In addition, they are prepared to impose their belief on everyone else. They want to compel us to employ people who do not share our values, in an education establishment set up to teach those values. They believe in pluralism, equality and diversity of views in theory, but not in practice. We are allowed to have any view that we want, as long as it is theirs. Much like Henry Ford argued that people could have whatever colour of car they wanted, as long as it was black!

Our progressive authoritarians also seem somewhat confused. On the one hand, the Victorian government say there is no such thing as gay maths, but the Scottish government tells us that LGBTQ values should be ingrained in every subject.

The Victorian government so believes in diversity and pluralism that it has passed an Act which makes it illegal for Christians (and others) to pray with or speak with another person about sexuality and gender, with the aim of encouraging them to uphold Christian beliefs. Jesus Christ could be sent to jail in Victoria for teaching that God made us male and female!

The third example of discrimination this week comes from Brisbane where the Queensland government has passed an Act permitting euthanasia – an Act which is so intolerant that if a Christian hospital refuses to allow people to be euthanised on its premises, it will be prosecuted.

It seems as though ‘progressive’ governments all over the world are quite happy discriminating against people in the name of being anti-discriminatory.

Back to the Victorian Attorney General. She made a fascinating statement: “People shouldn’t have to hide who they are to keep their job.” But is that true? What if someone is committed to polygamy? Or thinks that sex at any age is fine? Or that pornography is a healthy expression of sexuality? Does the government believe that Christian schools should be forced to employ them?

And as a general principle, is she prepared to enforce that principle across the board? Could a company fire someone who refused to participate in a gay pride parade on behalf of the company because it conflicted with ‘who they are’? What about a media outlet who sacks a journalist because they said that as a Catholic, they followed the teaching of their Church and believed that same-sex marriage and abortion were both wrong? Would they not be allowed to be ‘who they are’?

There may not be outright persecution against Christians in most Western liberal democracies, but as these democracies become less liberal and less democratic as they forsake their Christian roots, we can expect increasing discrimination against those of us who do not buy into their absolutist values.

Sadly, far too many churches and Christian organisations bow the knee to the new Baal and buy into the ‘progressive’ values that are leading us back into pre-Christian darkness. For example, the Trussell Trust spokesperson commenting on the Dundee case made it clear they disagreed with the foodbank’s stance: “The Trussell Trust is fully committed to working with people of all faiths and none and we encourage foodbanks to make all paid and volunteer opportunities as inclusive as possible.” Many organisations that start off as Christian end up as being only nominally, or historically so. Dependent on government cash and grant-awarding bodies, they sell their heritage, conform and end up being little different from the society around.

We need to hold our nerve. We need to stay committed to Christ and his teachings. That, after all, is why we exist. Caesar is not Lord. We don’t demand that everyone follow our way. We do not ask the State to enforce Christianity. We simply ask that we be given the freedom to practise our faith, care for the poor and preach the Gospel.

To punish us because we refuse to bow down to the progressive idols of our generation (which will change by the next one), is itself discrimination. We must stand against this while we still have the opportunity to do so.

David Robertson works as an evangelist with churches in Sydney, Australia. He blogs at The Wee Flea.

Article in the Mail on Sunday &#8211; Discrimination against Christians