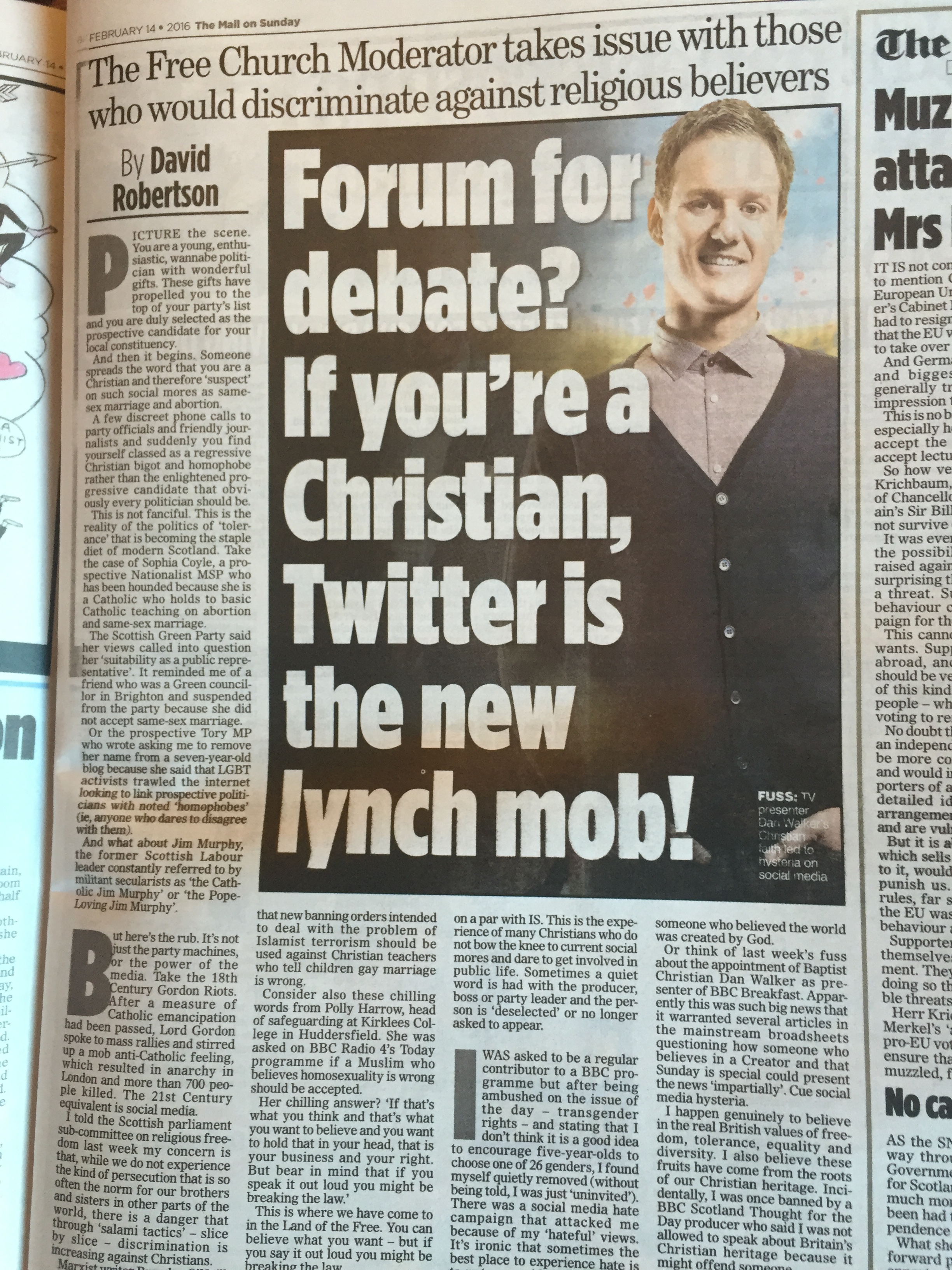 Delighted that this has appeared in the centre of the Mail on Sunday – they asked me to do it on Friday and as far as I can see have printed it as I sent it to them – besides their own editorial.   Very thankful for the Lord providing such opportunities.

Forum for debate? If you’re a Christian, Twitter is the new lynch mob!