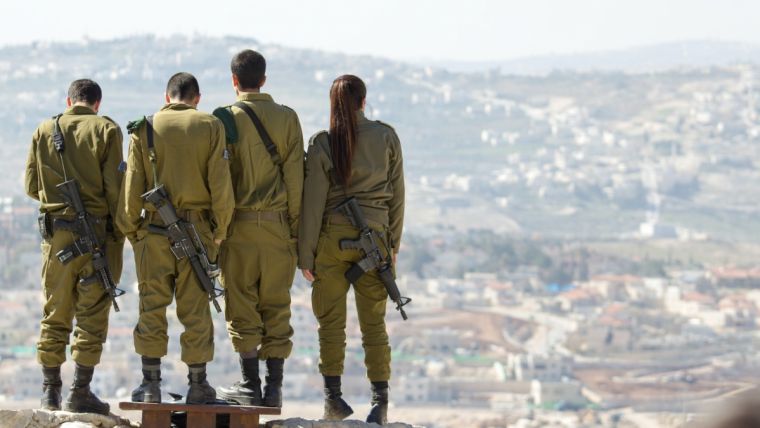 What’s going on? The images on the TV news are indeed horrific and depending on your algorithm, you will see images of Palestinian buildings blown to pieces, or Jewish people fleeing in terror as more than 3,000 rockets rain down on Israel. More than 200 Palestinians have been killed, and 12 Israelis. Not surprisingly, those of us who don’t know the history, and are not sure who to believe in the various news feeds can become quite confused.

In the tribalism that pervades so much of our society, there is a temptation just to join one of the tribes. There are those who argue that Israel is an oppressive and racist nation that is bullying and persecuting the Palestinians, especially the 2 million squeezed into the Gaza strip. On the other side are those who see Israel as the oppressed; a nation and people under threat; the most persecuted people in the history of the world.

Of course, those of us who are Christians have an additional interest – Israel/Palestine is the land of the Bible; it is the land of Christ, the land of prophecy. And we have brothers and sisters who are Jews and Palestinians.

But Christians, too, can get very confused about all these issues. So can I suggest the following:

1. We should seek to understand what is going on – and not just buy into the propaganda that so often masquerades as news. We should dig deeper. Take for example the simple statistic mentioned above (200 plus Palestinians dead, 12 Israelis). Taken on its own this could give the impression that one side is deliberately killing much more than the other. But the reason for these figures tells us a different story.

Hamas has sent thousands of rockets into Israel, targeting civilian areas. The only reason there has not been mass slaughter is because of an incredibly sophisticated missile defence system deployed by the Israelis called Iron Dome. The Israelis on the other hand tend to do targeted attacks. The problem is that civilians are often mixed in with the military and terrorist targets.

2. The situation and history are complex. Take for example the fact that the Palestinians are divided between the Palestinian Authority in the West Bank and Hamas, mainly in Gaza. Or that some Orthodox Jews are opposed to Zionism and the nation state of Israel. During the time of the Ottoman Empire, Jews, Muslims and Christians lived in Palestine. The ethnic Arabs began to see themselves as Palestinians, and, largely because of persecution, the Zionist movement sought a return to their homeland for the Jews.

After WWI, the British took over Israel/Palestine from the Turks and under the Balfour Declaration of 1917, allowed Jews to return to Israel, a move that caused confrontation. After the horrors of the Holocaust, more countries accepted the need and saw the justice in Jews having their own homeland.

In 1947, the modern state of Israel was born, with Israel to be a Jewish majority state, and Palestine to be a Muslim majority state – with Jerusalem as the neutral religious zone. The Muslim world was furious and sought to strangle the new nation at birth. The resultant Arab/Israeli war of 1948 ended with an Israeli victory which resulted in them taking over West Jerusalem and more Palestinian lands. Palestine was divided into the West Bank under the control of Jordan, and Gaza under the control of Egypt.

The Arab nations then attacked Israel in 1967, but as with the war of 1948, the Six Day War resulted in a decisive Israeli victory. They now occupied the West Bank and Gaza, and the Camp David Accords resulted in an uneasy peace. The Palestinian Liberation Organisation (the PLO) was set up under Yassar Arafat, and eventually after years of terrorism and repression, the PLO and Israel agreed the Oslo Accords in 1993 and 1995 – the Palestinians again had control of the West Bank.

But there was significant opposition from within Israel and Palestine, and one result of this was the rise of Hamas, a more extreme Islamist organisation, and an another was an increase in the number of Jewish settlers in the West Bank.

The result of all this is that the Palestinians remain oppressed and largely stateless, and the Jewish people are surrounded by millions who seek to destroy them. Around 6.5 million Jews are in Israel (around 75% of the population). Around 5 million Palestinians live in the West Bank and Gaza.

3. This is not just about Israel and Palestine – it’s world politics. There is a battle within the Muslim world between Turkey and Iran on one side, and the Saudis and Arabs on the other. Iran has made no secret that it wants to destroy Israel. On the other hand, in recent years, the Trump administration scored a surprising success with the UAE, Bahrain, Morocco and Sudan recognising Israel.

But as Greg Sheridan, the insightful foreign editor of The Australian, points out, “On the Middle East, Biden has rushed to undo everything Trump did. The result is chaos, weakness, indecision, lack of clarity and emboldened enemies.”

This has particular relevance to the current unrest because Iran now feels more emboldened and is the primary supplier of missiles to Hamas. They also want the Israeli Accords with some Arab nations to fail.

4. We should recognise that people on both sides are suffering. Whatever we might think about Israel, we would have hearts of stone if we did not empathise with the plight of the Palestinian people – the poverty, overcrowding and political turmoil and violence. And who of us would want to live in a city like Tel Aviv, with the threat of rocket attacks every day?

5. The situation in Israel/Palestine should not be used as a cover for antisemitism. This short talk from the late great Rabbi Sacks explains what it is superbly. He points out that today Jews are attacked because of their nation state Israel. Human rights is now invoked as a reason to attack Israel. Whereas a couple of decades ago antisemitism was largely seen as a far-right phenomena, today’s antisemites are much more likely to be left wing.

In the past week people have been marching on the city streets of Europe shouting “death to the Jews”. In cities such as Sydney, London, Glasgow, and Paris, crowds have been marching and singing “from the Jordan to the Sea, Palestine shall be free”. What they are talking about is the ethnic cleansing of the Jewish people after the State of Israel has been destroyed.

It’s important to ask the question: why do so many people, from Premier League footballers, to celebrities and politicians, have such an interest in the Palestinian people? When do we ever hear the protests about the Uighurs? Or the 1,500 Nigerian Christians killed this year so far? Or the many others suffering from injustice? To ask this question is not to engage in whatabouterry, but simply to point out the horrific probability that this is as much about attacking Israel, as it is about defending Palestinians. Why, for example, have the Scottish Parliament passed more than 36 motions strongly condemning Israel, when that Parliament has no locus in foreign affairs?

Finally, let me make a plea to my fellow Christians. Those who are Christian Zionists should not use their theological beliefs to justify injustice and oppression. Equally there are those who come very close to the old Jewish blood libel, demonising Israel and by proxy the Jews. Christians should be peacemakers, praying for the peace of Jerusalem and all the surrounding nations. We long for the Lord’s return. May peace be in Israel (Psalm 122).

Gaza, Israel, Politicians and the Church &#8211; Some Questions

Lessons from the UK elections for Church and society