It’s cold in Sydney!  Really…it is.  18 degrees with a blustery wind makes it feel cold.  But the sun is still out and it’s still beautiful.  Each city has its own beauty to discover, and Sydney is no different.  In Dundee, even after 27 years we had not managed to do have the walks in the surrounding area which were stunning.  Here there are so many beaches, bush walks, islands and cultural/historic sights to visit.  Yesterday for example we went to Cockatoo island – the old prison, ship building and repair centre for Sydney.   It’s always a joy to go on a Sydney ferry!    It was fascinating seeing the history and somewhat sad to see how the working men who literally built this country were treated at the end – and also the brutal conditions in which convicts were kept.  All in the midst of such beauty. (Here are a few photos…) 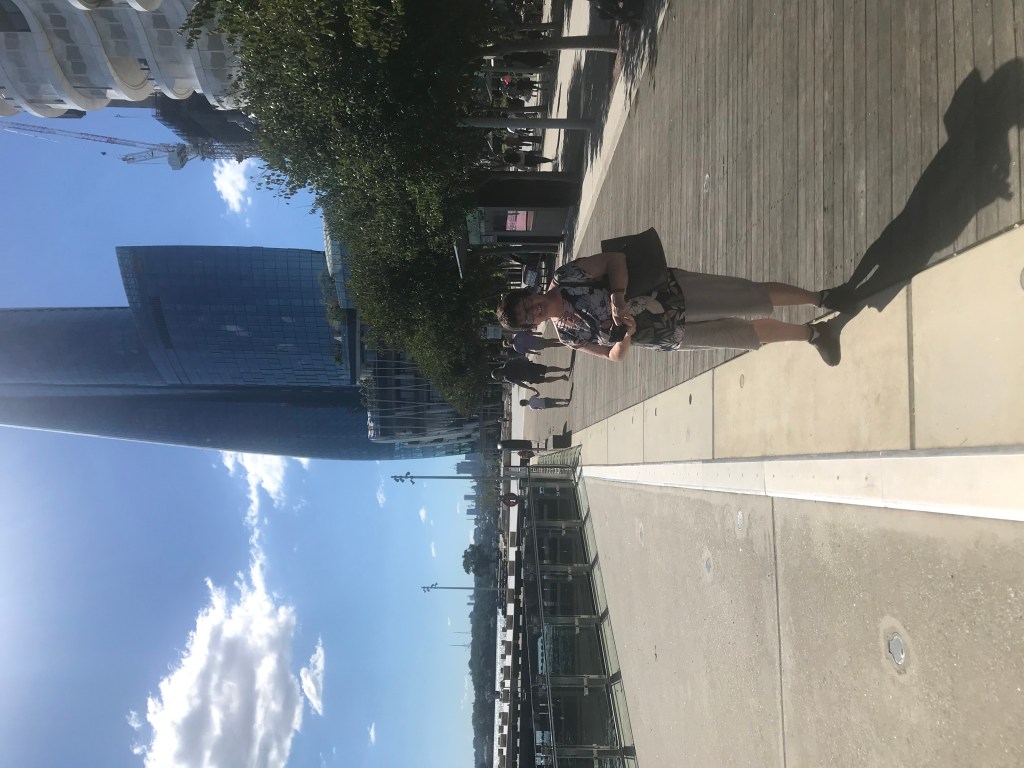 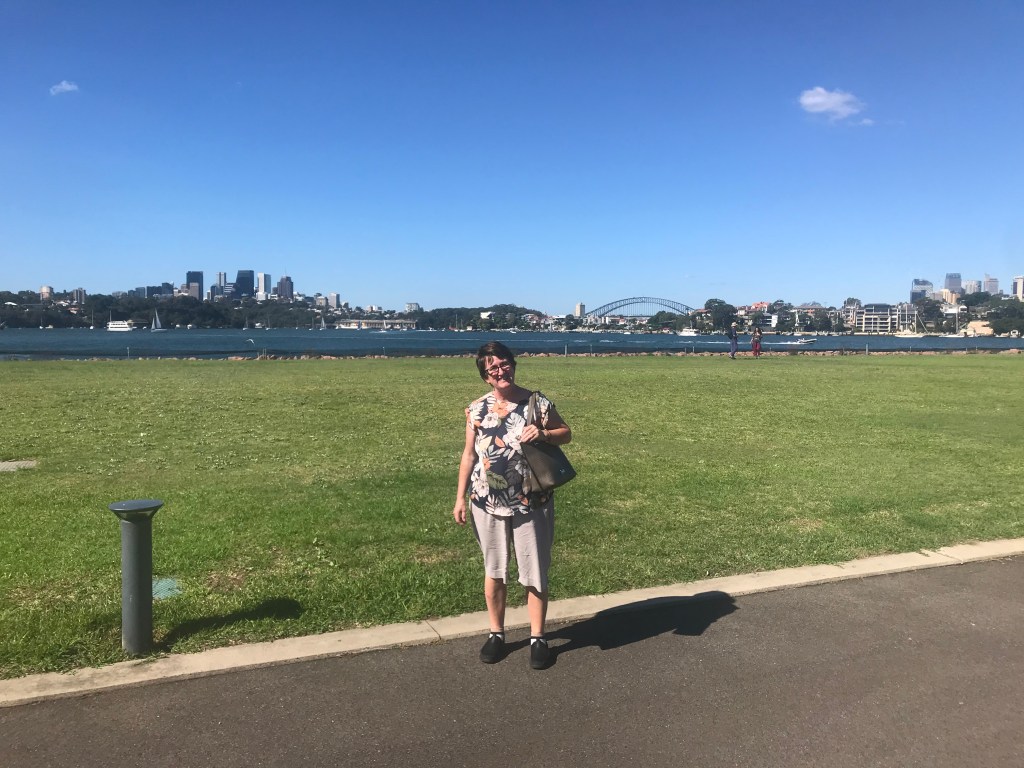 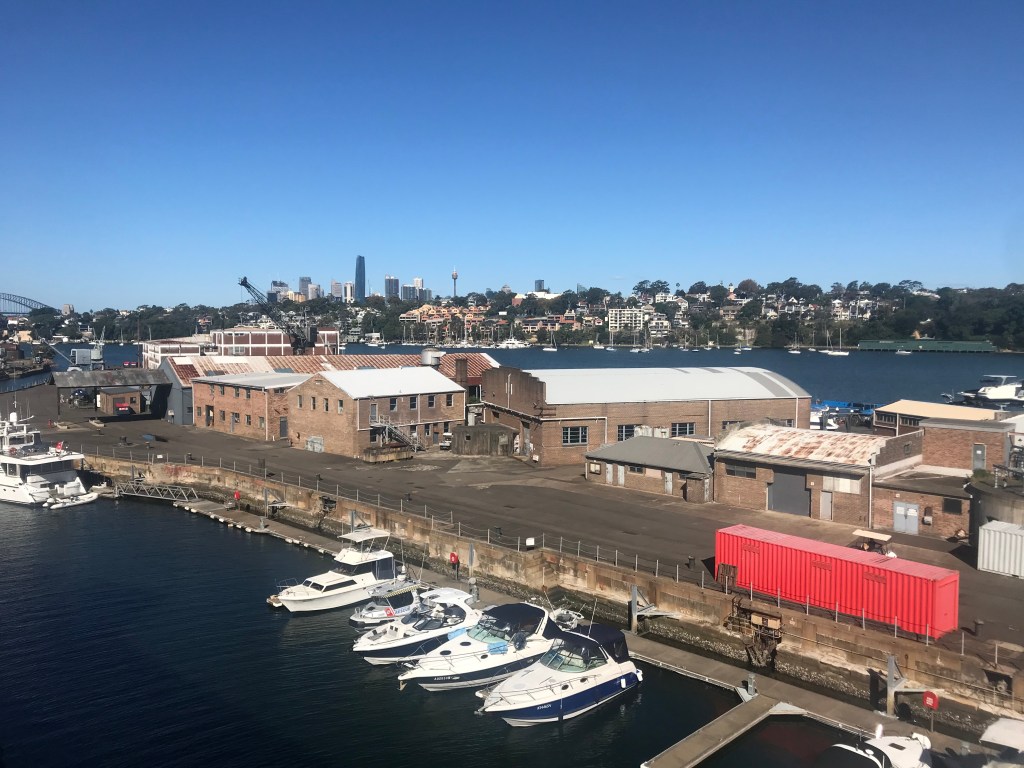 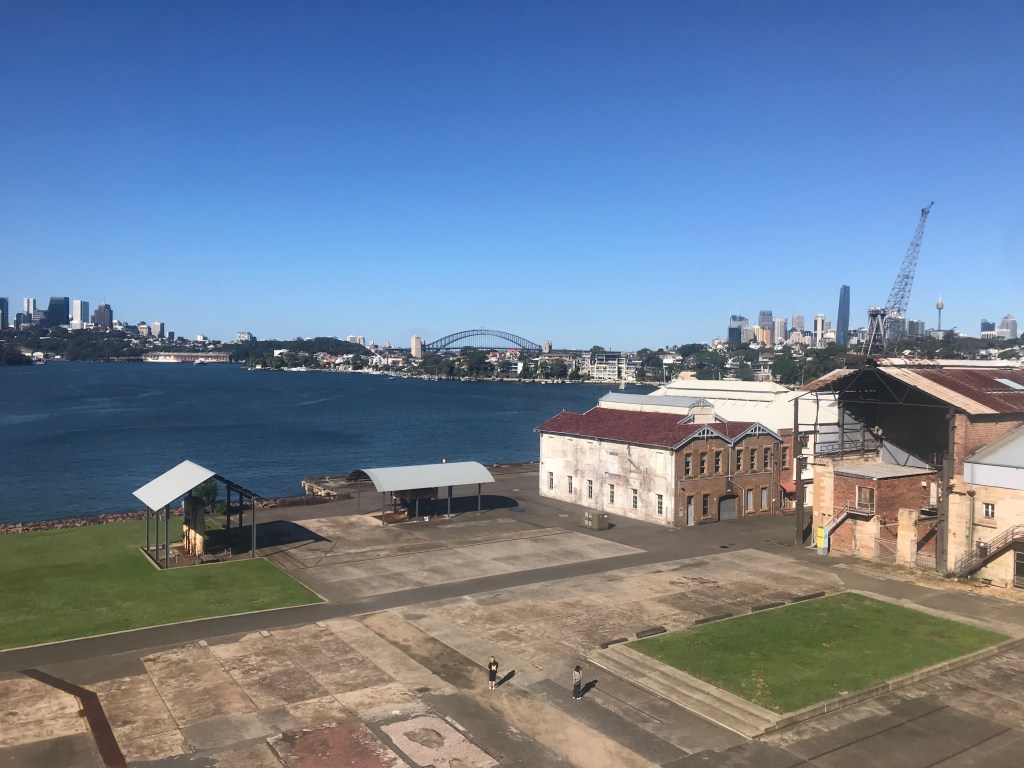 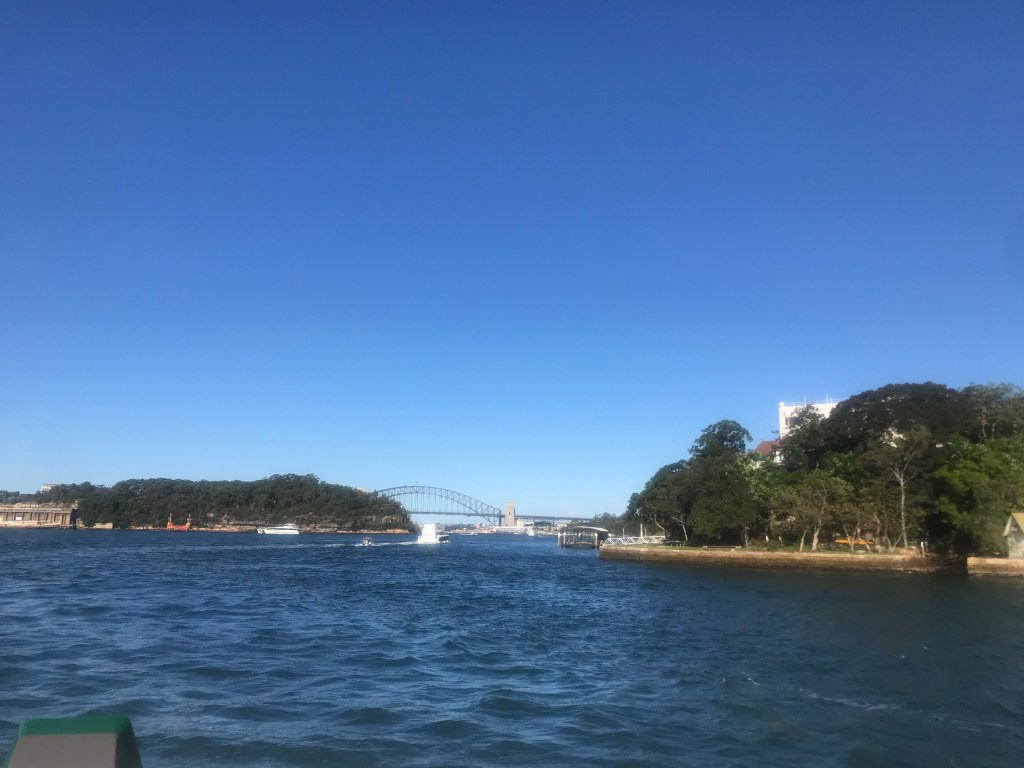 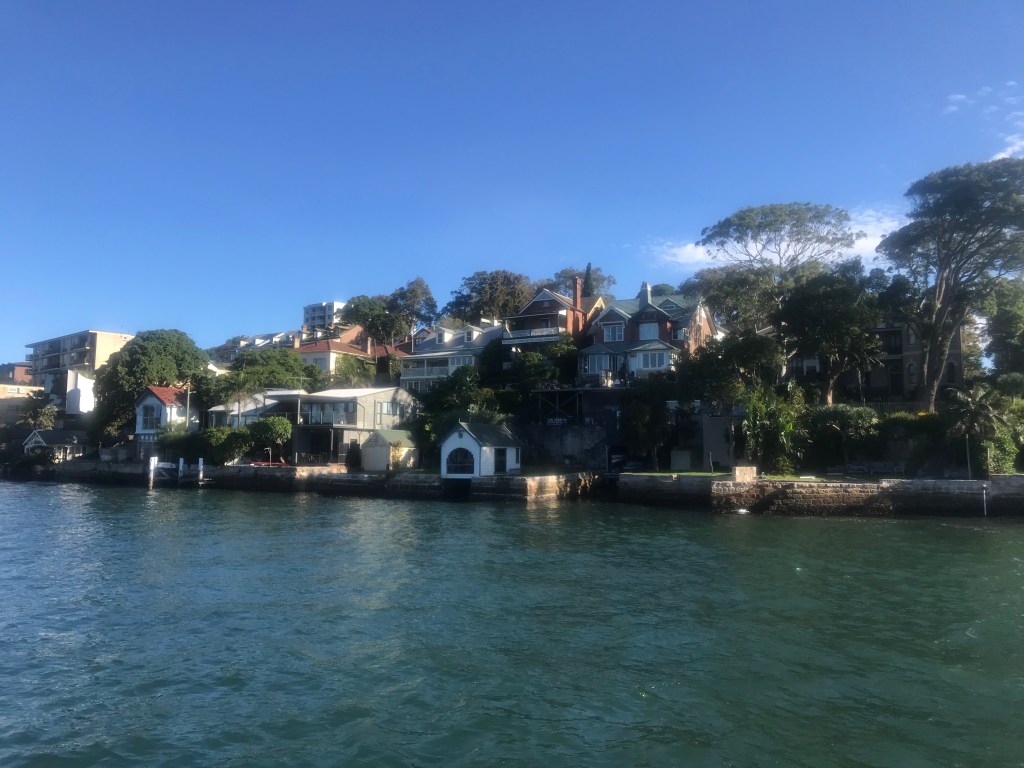 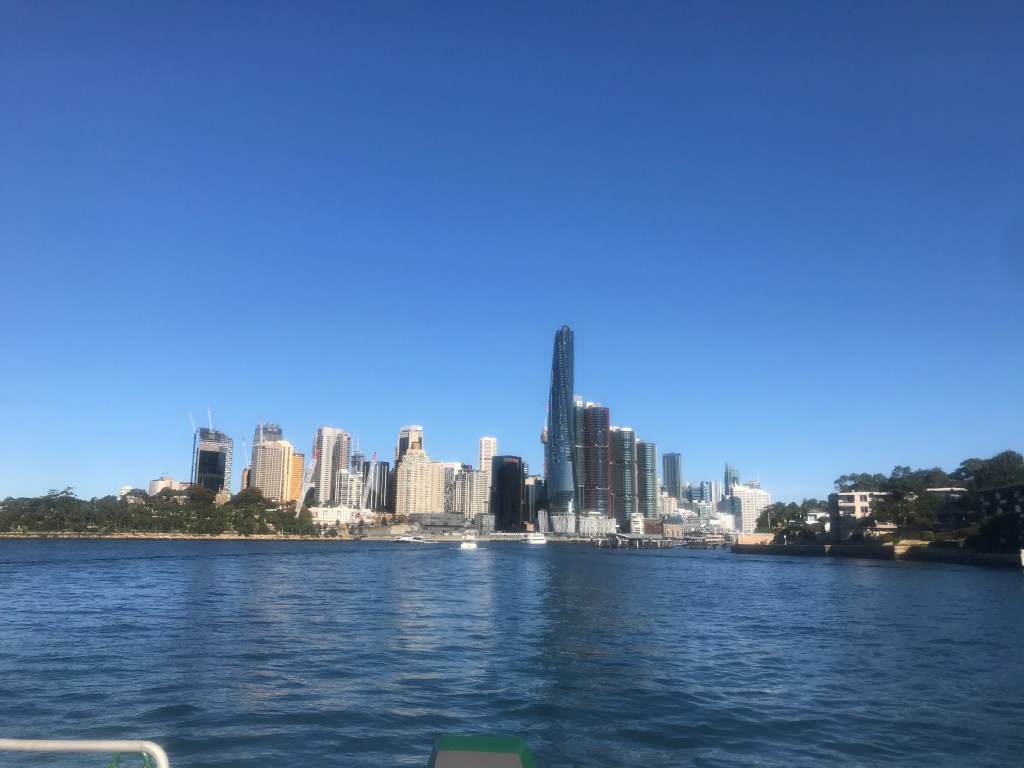 This weekend has been rightly dominated by the death of Prince Phillip just short of his 100th birthday.  Whatever one may think about him, or royalty, you have to admire his tenacity, faithfulness to Queen and country, and the great good he did through things such as the Duke of Edinburgh award scheme.  One cannot but feel sympathy for the Queen who has spoken of the ‘great void’ left in her life – little wonder given that they were married for 73 years!  However, it appears that some people just can’t feel sympathy – their politics means that they were not only unfeeling, but they felt it necessary to pour out bile on Twitter.  It’s unfair to blame whole groups for what appears on Twitter – would we like Christianity to be judged in that way?  But the Greens and the Left (the Greens are in effect just  revamped version of the communist party in most Western countries) seem to have more than their fair share of vicious commentators.

I find it interesting that so many Christian outlets and commentators seemed desperate to claim the Duke as some kind of Christian saint.  The Archbishop of Canterbury even called him a ‘man of very profound faith’ who ‘had an extraordinary prophetic gift’.   I wonder if they have any basis for these claims, or whether they are just using the word ‘Christian’ in a more general cultural sense as a substitute for ‘good person’?   I recall the minister who after preaching about the resurrection was asked by Prince Phillip if he really believed that. When he said ‘yes’, Prince Philip replied ‘b….y nonsense’.  I hope that in later years he changed his mind and came to believe in the Risen Christ, but as far as I am aware the Duke made no profession of following Jesus Christ and to claim him as a believer, seems somewhat disrespectful, both to him and to those who are believers.    I thought that the service in St Andrews cathedral got the tone and balance just right.   It was dignified, thankful and measured.  Above all it pointed people to Christ.  Bishop Peter Hayward’s sermon was biblical, compassionate and courageous.

I was also impressed at our own Church – St Thomas’s – where John Woodhouse spoke and prayed appropriately about Prince Philip.  There is still a level of loyalty to the Crown here in Australia (although of course the Sydney Morning Herald immediately ceased the opportunity to talk about a Republic!).   I’m not a big fan of singing ‘the old national anthem’ (as John put it), or indeed any national anthem, in church.   Especially when I remember verse six:

“ May he sedition hush,

God save the Queen!”

Although in fairness it should be pointed out that that verse was about Marshall Wade and the threat from (not so) Bonnie Prince Charlie!

Speaking of saints – I have met quite a few recently.  In recent weeks we attended a small Presbyterian church on the Sunshine coast, and I spoke at the Darling Downes convention in Warwick, Queensland.  Both were very different settings and cultures, from each other and from North Sydney.   When we went to the Presbyterian church – initially it did not look promising.  It was in a community centre and seemed a little quirky…however you should never judge a book by its cover!   I thought the service was excellent – the ministers preaching was biblical, culturally connected and with a warmth for his people and love for the lost, which warmed my heart.  The singing was enthusiastic and the hospitality and welcome generous.  We loved it – not least because it answered the most basic question positively – could you invite a non-Christian to it?!

Darling Downes was much more rural.  The town hall on the main street was a little bit like something out of rural USA.  I felt that the people were a little discouraged, but I hope they were encouraged by the Word as we spent eight sessions looking through Colossians and considering how it applies to todays’ world.  Again, I loved the people – there was warmth, and interest and a genuine love for Christ and his people – the mark of saints all over the world.  These are people most of whom will never get more than a line in their local newspaper when they die, but they are so precious in the Lord’s sight.  “Precious in the sight of the Lord, is the death of his saints.” (Ps 116:15)

Most of us will probably not live to almost 100 – but however long we live on this earth, may we live as followers of Jesus and may we ‘die the death of the righteous’ (Numbers 23:10). 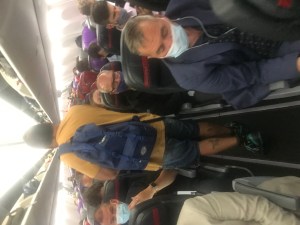 PS. In the past month I have flown to Melbourne, Canberra, the Sunshine Coast and Brisbane. Each plane has been packed – and planes are now the only place I have to wear a mask. I was somewhat amused to be traveling on the train this week, where we were all ‘strongly advised’ to wear a mask.90% of people didn’t.  In a city where there is no community transmission, what’s the point?  Why do officials and politicians think that this is necessa

PPS.  Since then I have come across Andrew Marr’s interview with Archbishop John Setanu – it is fascinating