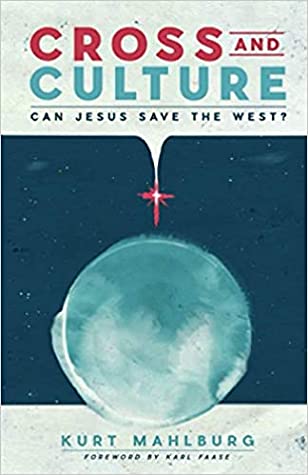 This was given to me by a friend and I have to say that at first I did not expect much – yet another book about the decline of the West and how it has turned away from Christian values.   Plus this was not an Os Guinness, Tim Keller or Carl Trueman book.  I had never heard of the young Australian Kurt Mahlburg.  Well, I have now.  It is excellent – at times brilliant.

Firstly, it is readable – a key requisite for a good book!  Kurt writes well and keeps our attention.

Secondly it is full of great quotes – some of which I knew – others I was not aware of.  But it is not a book that is just a collection of quotes – they are applied to his argument well and add colour and depth to his consistent overall thesis.

Thirdly is avoids the trap of falling into the culture wars and forgetting Christ and his church.

It is a book that I will return to again – and one that is an excellent primer for any Christian wanting to understand what is going on in our world.  It is effectively a combination of CS Lewis, Francis Schaeffer, Tim Keller, Os Guinness and other Christian commentators with an Aussie flavour.

There are one or two things that I would quibble about.  For me it is still too American-centric – despite the Aussie flavour.   And what’s with the 14 pages of commendations?!  I appreciate the diversity and significance of those who are commending (one or two apparently through gritted teeth!), but 14 pages is a bit OTT.   I’m not convinced that all the ‘values’ in the list of Western Christian values are either specifically Western or Christian.  And one of its great strengths will turn out to be one of its weaknesses – it is very up to date – Covid, China etc.

However, these are minor quibbles.  Overall, the book is one I will return to (perhaps do a fuller review) and use.  In fact, it is one that I will buy a stock of and use in my work.  It almost acts as a compendium of current biblical writing and thinking on contemporary culture.   Kurt Mahlburg is described as “an emerging Australian voice on culture and the  Christian faith”.  Well now he has emerged – and I look forward to hearing much more from him!

I actually wrote this review of The Two Towers in 2002!   But I recently rewatched the whole series again – The Fellowship of the Ring, The Two Towers, and The Return of the King – the extended versions – I’m hard core!  It reminds me of my friend and fellow elder John Cooper – we used to go and watch these at the cinema in Dundee.    Anyway what more is there to say about these films – they are almost perfect.  The cinematography makes you want to go to New Zealand – the acting is outstanding especially Sir Ian McKellen.   The director Peter Jackson is a genius of his craft!  The Scots of course dominate the rude, aggressive and likeable dwarfs.  The story is outstanding.  The battle scenes some of the best in cinema history.   And there are enough sermon illustrations to keep Tim Keller happy!   They used to say that the world was divided into those who had read the Lord of the Rings, and those who were going to read it.   Given that all three films are amongst the highest grossing and viewed films ever perhaps the same could be said of them.  Anyway, if you have not seen them – buy them (extended versions) and sit down for a long and thrilling few nights.

This is the greatest film battle yet made – 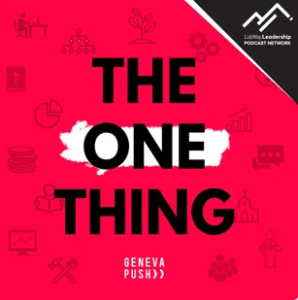 The One Thing is another podcast I listen to every week.  Scott Sanders of Geneva Push, the Australian church planting network  and Derek Hanna, a church planter, have a good chemistry and the discussions are almost always interesting and helpful.  I’m not sure if she is still on it but I thought Maddy Galyea brought a different and helpful perspective.  I hope she stays!  Sometimes I feel it veers too much towards the formulaic and practical – but it fulfils its purpose well and is well worth 15 minutes of your time – if you are interested in evangelism and church planting.

This is a beautiful version with Emmy-Lou Harris and Linda Ronstadt of Gram Parsons song – I put it on Quantum but just in case you don’t have the good taste to listen to Quantum here is it is for you again!  Parsons had such a sad life – but was a great Southern musician. And this song is beautiful.

Grantchester is a British detective series – a kind of mix of Morse, Midsomer Murders and Father Brown.  I have only watched the first two series.  It’s pleasant enough.  But nowhere near the same league as Lewis or Morse!  Although much better than Midsomer Murders!   James Norton as Sidney Chambers is the handsome hunk of a vicar who works alongside Detective Inspector Geordie Keating (played by Robson Green) solving the numerous murders that frequently occur in English villages, especially around Cambridge and Oxford.

It’s pretty harmless wallpaper drama – 45 minutes to relax to in the evening.  However, it is depressing to see how yet again no script writer seems to get what a Christian minister actually is or does.  I’m sure there are many vicars who are adulterous drunkards who don’t really believe any of it – and doubtless there are camp gay vicars (another stereotype) – but just occasionally would it be possible to include a vicar who actually believes in Jesus, follows his Word and sees the difference in his life.  Vicars are not just glorified social workers with some quirky interests in historical theology and out of date traditions.   Will we ever see a reasonable, realistic, sympathetic portrayal of a biblical Christian on British TV?  We can but hope!

Article of the Week

This is a brilliant article – I wish I had Tom Holland’s eloquence.  If you haven’t already taken five minutes to read it…but here are a couple of quotes. 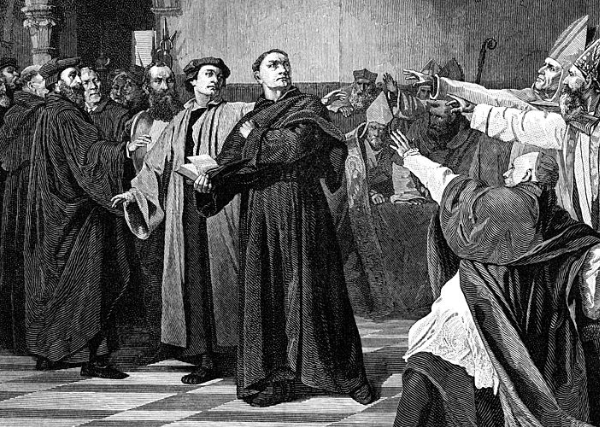 “Would that he worked to curb this restless, uneasy temperament which is apt to boil over in every direction.” So wrote John Calvin — no mean polemicist himself — about Martin Luther”

“Was this arrogance, as the emperor had claimed, or was it the certitude of a sinner resolved, no matter what, to share the good news of God’s grace? Doubtless, it was both. The “restless, uneasy temperament” that so perturbed Calvin was the same temperament that enabled Luther, over the course of his eventful and fractious life, to upend Christendom.”

“Luther, over the course of his career, displayed a breath-taking command of all the qualities required to flourish on social media: a genius for aphorism, for invective, for denouncing fake news, for spreading fake news, even for publicly doting on pets. (“Oh, that I could only pray,” he once exclaimed, “in the way that my puppy stares at meat!”)

“Yet few of us today in the West, when we use Facebook or Twitter or Instagram, are called to draw upon the most stirring of all Luther’s qualities: his readiness to risk death in the cause of holding true to his conscience. The anniversary of the great drama at Worms should serve to remind us of our own good fortune — and of those many today who, not sharing in it, have no choice, when making a stand, but to emulate Luther’s courage.”

The New Saturday Review – 1 – Irreversible Damage, Parasite, The Rest is History and The Queens Gambit.