I have just started writing a fortnightly column for The Canberra Declaration – this is the first.  Please do check out their website – they are an excellent and influential Christian organisation in Australia.  I came into contact with them through Kurt Mahlburg – whose book I reviewed here.

It was an amazing backdrop. As we sat and watched La Traviata, in the background of the beautifully laid-out set was the Sydney Opera house and the Harbour Bridge. This is the tourist image of Australia. As a ‘foreigner’, it’s the kind of thing that makes you glad to be in this beautiful country. In fact, the Opera that night had a lot to teach about Australia today. Let me share these observations. 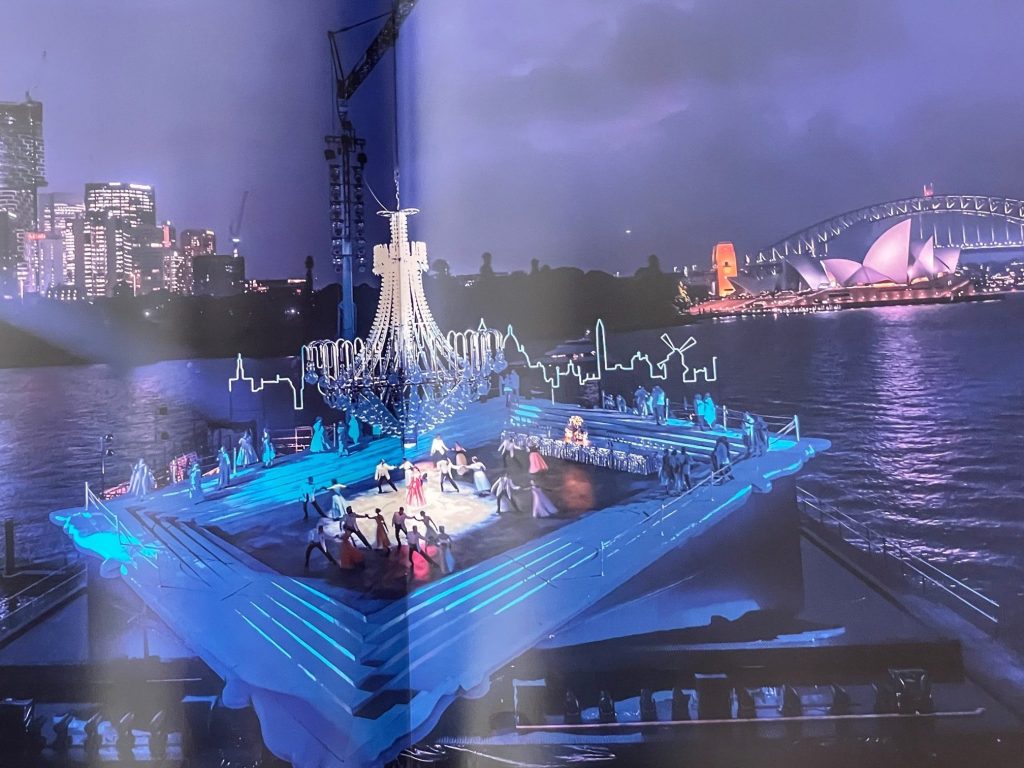 1) Australia is a country based on different cultures — Indigenous (the usual ‘welcome to country’ was said); European (the Opera was Italian; the majority of people were of European origin and English and Italian were the languages); and Asian (many attendees were Asian and there were Chinese subtitles). La Traviata was beautifully staged, sung and played. It is remarkable what beauty, skill and ingenuity human beings are capable of!

2) Australia is the ‘lucky’ country — or as Christians would put it — blessed. At a time when my family at home were still in lockdown, the notion that several hundred of us could be attending a concert seems incredible to them. Hardly a mask in sight — it is good to live in a ‘free’ country. Even as we give thanks for our own freedom and blessings, we remember our Indian brothers and sisters as they face disaster at home. I have been surprised and delighted at the number of Indians in this land.

3) Australia is a bureaucratic country and suffers from the same virtue-signalling as most other Western nations. We were solemnly told that we were to wear masks and to engage in social distancing. Almost no-one wore a mask — and social distancing was impossible given that all the tickets were sold and there were no distances between seats! But still we got the warning! The danger is that these warnings become so ludicrous and bureaucratic that when they are really needed, no one will listen. Conspiracy theorists and Catastrophists feed off each other!

4) Australia is in great danger. Many people accept that — but disagree with what the danger is. Climate change? The Chinese Communist Party? Fascism? Covid-19? Progressivism? Perhaps something of all of those and more. But I saw something at La Traviata which was profoundly depressing.

As we were well into Act 1, despite the warning that this would not be permitted, four obviously wealthy young women in their twenties came in late and proceeded to take their seats in front of us. They seemed to have no interest in the Opera — and were much more concerned about ensuring they had pouting selfies to put on Instagram.

They talked throughout the performance and were continually on their phones. They seemed to have the attention span of two-year-olds. When I challenged them and pointed out that there were other people present and we were here to watch the opera La Traviata, not their own personal soap opera — they were offended and doubtless felt oppressed. The woman beside me whispered ‘thank you’. Although it was to no avail.

The irony is that La Traviata is a beautiful opera about the pointlessness of a shallow life based solely on money, sex, and parties. In biblical terms, it is a story which illustrates the book of Ecclesiastes: “meaningless, meaningless, everything is meaningless”. When the heroine dies, she remarks that only religion has brought her consolation. If my newfound friends had had the ability, and the grace to listen to what they were supposed to be there for, perhaps they could have reflected on the shallowness and narcissism of their own lives. “The unexamined life is not worth living,” observed Socrates. I felt so sorry for these young women. I don’t blame them. Self-examination — other than looking at selfies on social media, is just not part of their culture.

The biggest threat to Australia is that it will collapse under the weight of a shallowness and narcissism bred out of its own prosperity and that a dumbed-down culture will result in an uneducated and unreflective people, incapable of maintaining a Western liberal democracy. In other words, the biggest threat to Australia is an internal one. A spiritual, cultural threat. We are more likely to die by cultural suicide than by any external enemy.

This is not to say that unless we like opera we are doomed. If that were the case, Australia would already be finished! I am merely using the opera as an example. The same could be said for AFL, cinema, or any other cultural gathering. Wilberforce is famous for his anti-slavery campaign — what many people do not know was that his stated aim was ‘the reformation of manners in England’. This was not just about being polite — but how we treat one another: humility, compassion, and civility. He knew that the only way this would happen in any depth was if there were a renewal of Biblical Christianity. He was right.

I recently gave a talk to a group of business leaders suggesting that Australian democracy would not, and could not, survive the demise of Christianity. Some were shocked, some perhaps mocked, but others were really interested. But it is the truth. La Traviata means ‘the Fallen Woman’. Violetta’s life is a tragic one of wasted beauty. I hope and pray that the great beauty and many gifts God has given to Australia would not be wasted by a shallow, dumbed-down and narcissistic culture. May we reflect on our own lives and then lift our eyes to the only One who can redeem, renew, and restore — Jesus Christ.