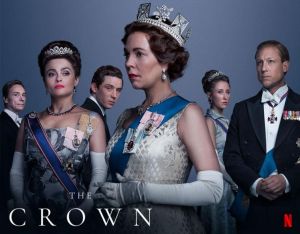 Season 4 of The Crown on Netflix was one of the most eagerly awaited media events of the year. The past three seasons were known for their quality, good acting, thoughtful scripts and evocative presentations of a bygone age. Season 4 promised to be so much more.  For many of us, this was no longer just history but it was our history.

Being a teenager in the 1970s, how could I forget Mrs Thatcher, the wedding of Charles and Diana, the Buckingham Palace intruder, the Falklands War and the attempted kidnapping of Princess Anne? I looked forward to seeing these events portrayed on TV 40 years after – especially as I was one of those who had enjoyed the first three series. However it was a somewhat surreal and disappointing experience.

Not all the events listed above were portrayed. For example, the kidnapping of Princess Anne has been inexplicably left out. That fact alone should give a hint about what was wrong with the series – that it is a select account of events which tells us as much, if not more, about scriptwriter Peter Morgan than it does about the reality of what happened.

The more I watched, the more I was amazed at the false history and distorted caricatures that The Crown portrayed. It was clear that Mr Morgan had an agenda, not just to make good TV or to present history, but rather to present a history reflecting his own political and personal prejudices.

The beauty and interest of history is in the details. And so many of the details as well as the substance in this instance were wrong. For example, Mark Thatcher did not go missing in the desert the same time as the Argentinians invaded South Georgia. Michael Fagan, the man who broke into Buckingham Palace in 1982, is now 70 and even he complained that the scene in which he and the Queen discussed politics was ‘a complete fiction’ that he thinks was made up to have a go at the Queen – although more likely it was to have a go at Margaret Thatcher.

Does the truth matter? There are those reviewers who don’t really care; they say ‘it is just fiction’.  But they forget that fiction in today’s society is often regarded as true history. How many people think they know Scottish history because they have watched Mel Gibson’s Braveheart? Or just know that ‘the Bible was made up’ because they have seen or read Dan Brown’s Da Vinci Code?

Fiction portrays truth far better than documentary, and that is the genius of the show.”

Jacqueline Maley, writing in Sydney’s Sun-Herald, clearly did not care: “I find myself straining to care when I read articles where ‘sources close to the prince’ tell us such-and such an event never happened that way, or that the depiction of Charles as insecure and mean is false. So what? Fiction portrays truth far better than documentary, and that is the genius of the show.”

Made up stories, shot through with personal and political prejudice, portray ‘truth’ far better than documentary?! And this is ‘genius’?! If you believe that, don’t ever complain about living in a society where truth doesn’t matter, where each can pick and choose their own version of history and where the Manic Street Preachers song ‘This is my truth, tell me yours’ is fulfilled.

This matters because when someone is put on trial, it is important that the judge and jury have ‘the truth, the whole truth and nothing but the truth’. The Crown is trial by screen, and as such, it has been cruel and heartless. It doesn’t matter whether the portrayal of Prince Charles as the evil husband, or Princess Dianna as the downtrodden angel is true; it’s what people want to believe. And so, it must be true, surely. But real life is much more complex than the caricatures given us by Peter Morgan.

Speaking of caricatures there was none more bizarre and surreal than the portrayal of Margaret Thatcher by Gillian Anderson. Apparently Ms Anderson could not abide Mrs Thatcher but did not want that to come over. If that was her aim, she failed miserably. The Thatcher portrayed in The Crown is a grotesque caricature who might as well have been the infamous Spitting Image puppet. I was involved in student politics when Thatcher was Prime Minister. I went on marches against her and politically despised her. Until I heard Tony Benn state that we should not be caught up in personalities and should campaign on and against policies. I was ashamed as a Christian that I had fallen for one of the oldest tricks in the book – demonising those we disagree with, a trick that Morgan plays with skill and deceit.

The Culture Secretary, Oliver Dowden, has asked Netflix to put a ‘health warning’ at the beginning of each show, pointing out that it is in fact, fiction. In a world where Twitter and Facebook feel that it is necessary to give us trigger warnings over Donald Trump’s outputs, perhaps Dowden has a point. But I suspect many people don’t care what is true about history – and ask how would we know anyway? All that matters is what we want, and feel, to be true.

From a Christian perspective this is from the pit of Hell. We believe it is possible to know truth. It is not possible for us to know what really happened between Charles and Diana, never mind to know what was in their hearts. But it is possible for us to know reality and truth, and above all to know The Truth. The Bible gives us truth, not in fictional drama; not even in series of historical propositions. No, the Bible gives us truth in a person – Jesus Christ. He is the truth, the whole truth and nothing but the truth. By him we can relate and judge all other truths.

One of the saddest things about The Crown, apart from the cruelty and the politisied caricatures, is that it largely missed out on something that is easily verified and very public – and that is the Queen’s Christian faith. Because that is seen as being of little importance by Mr Morgan, it is then deemed to be of little importance to the rest of us. In determining for us what we should and should not be interested in, The Crown has shown itself to be little more than a work of almost comical fiction dressed up as history. In other words, it is a lie.

The Queen and Billy Graham

Why Does Armenia Matter?