Continuing the  summary of Hidden Hand

The International Liaison Department of the Political Work Department of the Central Military Commission, previously known as the Department of Enemy Work…. It’s not just China’s intelligence agency – it has a broader remit – to develop links with global elites and influence the policies and behaviours of countries, institutions and groups beyond China.

Elite organisations and individuals are described as friend, enemy or those in the middle.  They do a psychological evaluation of individuals and use hacked personal databases to get e-mail and health records.

One example is CAIFC – the China Association for International Friendly Contact.  Amongst its subsidiaries there is The Centre for Peace and Development Studies – isn’t it wonderful how all these propaganda organisations have such wonderful names.  It’s a bit like an estate agent trying to sell you a house in ‘Paradise Gardens’ – you know it’s going to be a dump!    Their purpose is to “establish and maintain rapport with senior foreign defence and security community elites, including retired military officers and legislators”.  For example, one of their senior officials, Xing Yunming, met with a group of senior Australian businessmen.  He also hosted Tony Blair and Bill Gates. 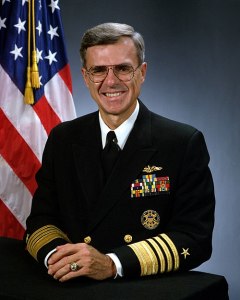 Several former US officials are part of this network.  US Admiral (rtd) Bill Owens, a former vice chairman of the Chiefs of Staff was given access to senior Chinese military officials.  He used his Chinese connections to start a lucrative career in a Hong Kong investment firm.  He served on several foreign policy think tanks.  He set up the Sanya Initiative to get high ranking US military officers to meet with their Chinese equivalents.  These US officers came away parroting CCP propaganda.  Owens wrote for The Financial Times arguing that the US must not sell arms to Taiwan.   Several Sanya generals wrote articles in favour of the Chinese military.  Owens refused to say whether he had received as much as $100 million for his China business activities. The Sanya Initiative is still going.

Hamilton lists some business friends of Donald Trump who have been influenced by the CAIFC.  The Corporates such as J.P Morgan, Blackrock, Boeing, Ernst and Young, and IBM – have all urged a softer line on China.    Blackstone have for example had dealings worth several billions with Chinese companies.  The CEO of Blackstone, Stephen Schwarzman, is considered ‘the unofficial US ambassador to Chinese and the unofficial Chinese ambassador to the US.    Schwarzmann College in Tsinghua University in Beijing teaches a masters programme in promising young leaders.  Half of its students are from the US – and it’s free of charge.

This circle of influence works in other ways.  Blackstone owns Refinitiv (in partnership with  Reuters) – which is a data analysis service.  In June 2019 Refnitiv censored news stories on the 30th anniversary of the Tiananmen Square.

There is an extremely powerful company in Canada called Power Corporation – owned by the Desmarais family.   Hamilton lists the influence that the CFP has on this company and therefore on Canadian politics.  The Liberal Party, the dominant party in Canadian politics, is intimately linked with Power Corp.    Paul Desmarais was an adviser to Pierre Trudeau and after he left parliament paid him as an advisor to Power Corp.  The Conservative PM, Brian Mulroney, was a lawyer for Power Corp.    Liberal PM served on the board of a Power Corp subsidiary.

The Sidewinder report in 1999 argued that an alliance had been formed of China’s intelligence agencies, triad gangs and Chinese tycoons who were buying up local companies in Canada.

In 2016 it was revealed that Justin Trudeau, elected PM in 2015, had been visiting homes of wealthy Chinese businesspeople seeking money.  Some of the hosts had close connections with the CCP.  Justin Trudeau had stated that he admired China’s dictatorship because it could get things done.  Progressive liberalism, allied with corporate capitalism, are the somewhat strange allies of Chinese Communism.

Several trusted Chinese-Canadians have been elected to political office – including Michael Chan, a Liberal Party minister.  Canada’s spy chief warned that two provinces were under the influence of a ‘foreign government’ and were shifting government policy. A parliamentary committee demanded that he be gagged!

After leaving parliament, in the midst of the 2019 Hong Kong riots, Michael Chan spoke at a pro-Beijing rally and urged Hong Kong police to deal severely with Hong Kong protestors.

Even more unbelievably, when Justin Trudeau was forced to fire ambassador John McCallum because he had become effectively Beijing’s envoy, he replaced him with someone even more tied into Beijing – Dominic Barton – a managing director of McKinsey and Co – a company implicated in helping build China’s illegal artificial islands in the South China Sea.  Hamilton lists numerous Barton connections to the CCP.  In early 2019 Barton married Geraldine Buckingham, head of Asia-Pacific operations for BlackRock, the giant US investment fund which has massive money in China.   Once again corporate capitalism and Chinese communism marry together.

When Trudeau was re-elected as Canadian PM a year ago, he appointed a new foreign minister; Francois-Philippe Champagne.  Champagne praised Xi Jinping and stated that China stands out as a ‘beacon of stability, predictability, a rule-based system, a very inclusive society.’

Canada’s elites have been silent about the treatment of the Uighurs, Hong Kong and even more shockingly in Canada itself – where there have been kidnappings, cyber-attacks, trade bans, and frequent diplomatic insults.  Trudeau cancelled the traditional foreign policy debate and has said nothing about the crisis currently facing Canada.  The CCP’s investment in Canada has paid off.  They have purchased some very ‘useful idiots’. The Progressive/Corporate/CCP alliance marches on – especially in Canada.

Hidden Hand 1 &#8211; What Does the Chinese Communist Party Hope to Achieve? The Example of the Houston Rockets