This is a continuation of my review and summary of The Hidden Hand by Clive Hamilton and Marieke Ohlberg – Hidden Hand 1 &#8211; What Does the Chinese Communist Party Hope to Achieve? The Example of the Houston Rockets

All of Hidden Hand is essential reading – at least for anyone who is interested in what is going on in the world – but chapter two is perhaps the most revealing of all.  It exposes the strategies of the CCP.  I found it enlightening, disturbing, convincing and also challenging.  As an aside it also got me thinking of some of the strategies that I see us using in the Christian church – some are wrong – but others we could adopt. And I also think that there are lessons we can learn (I have put these in italics throughout this summary – the rest is just from the book).

The CCP accuses those who dare to question it of ‘having a cold war mentality’.  A cry that is taken up by politicians and others who automatically accuse any who question the CCP as being ‘McCarthyite’.  The CCP has its ‘useful idiots’ in every area of elite life in the West.    The irony in this is, as Hamilton points out, that it is the CCP which has adopted a Cold War mentality – as it seeks to learn from the fall of the Soviet Union and make sure that is not repeated.  (The world often sees the Church as being unrealistic, intolerant etc when in reality it is precisely the opposite.  By attacking Christianity the progressives are undermining the very foundation upon which the values they purport to uphold are built).

In April 2013 the Partys’ Central Committee prepared a document called Notice on the Current State of the Ideological Sphere.  This document, known as Document No.9 addressed seven false ideological trends that the Chinese were no longer allowed to support” “Western constitional democracy ‘universal values’, civil society, neoliberalism, Western principles of journalism, historical nihilism and doubting the socialist nature of socialism with Chinese characteristics”.  Naïve and arrogant Western politicians just assumed that with the opening up of markets, the Chinese would drift towards Western democracy, when in fact the opposite has been happening.

The CCP believe that they are in a life and death struggle against Western values and that events such as the Hong Kong protests or the rise of Christianity are proof of that.  The CCP because convinced at the turn of the century that China was weak within the world, and its policy since has been to change that.  Initially they were greatly concerned about ‘soft power’ – cultural, economic and media – being used against China – but then they saw the tremendous opportunity that soft power gave them in the West.  They reckoned (rightly) that the West would be prepared to let China exercise in soft power in the West – in exchange for Chinese money and investments.

“The financial crisis of 2008-9 was viewed by Party leaders and Chinese scholars as an opportunity for China to become a globally influential voice, and to present the Chinese political-economic model as an alternative to the Western order” (p.13).

The ‘China model’ promotes ‘democracy with Chinese characteristics’ – that is not democracy at all.  But fears of being accused racist and years of anti-Capitalist indoctrination in Western universities means that today’s generation is far more open to this kind of propaganda.    Economic success and authoritarian government don’t seem so bad to those who regard the West as chaotic and in decline, and who do not value our hard won democratic freedoms.  (Again within the Church there are those who are not satisfied with Christ and the Gospel and are easily led to follow another ‘Gospel’ which is no Gospel at all).

The Party is All

The difficult thing for many Westerners to grasp is the extent to which the CCP controls and dominates China.  It has 100 million members.  The Chinese People’s Liberation Army is not the national army but the armed wing of the CCP.    Executives of State owned enterprises are members of the CCP.    As Xi Jinping, quoting Mao, said in 2017 “Government, military, society and schools, north, south, east and west – the party rules everything”.    Government organisations have been dissolved and turned into Party ones.  Every delegation permitted to leave China is accompanied by at least one Party official – who is there to ensure that everyone behaves.  Private businesses are obliged to have party cells within them.  Corporations like Huawei, Alibaba and Tencent have tried to show their independence from the CCP.  They are lying.  There are no completely independent major businesses in China. 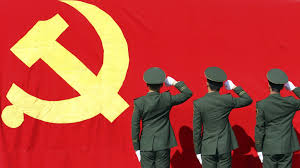 The Propaganda Department, the International Liaison Department and the United Front Work Department (UFW) are all Party organisations.  The latter is charged with liaising with all forces outside China – especially the 50-60 million people of Chinese heritage abroard – and recognised religious and other groups.    The United Front idea is the Leninist strategy of co-opting non Party groups (smaller parties, ethnic groups, religious organisations, cultural groups) into working for the same aims as the Party.

“Efforts to shape thinking and attitudes have mostly been directed at elites, countering negative perceptions of CCP rule and highlighting the positives.”

Political leaders are seen as an easy target – especially where there is a large Chinese diaspora amongst their electorate.   Chambers of commerce are also an easy target,  “Many leading Western business figures now serve as megaphones for Bejing’s message to their governments”.

What the CCP do here is very clever.  They have formed hundreds of ‘front groups’ in Western nations.  These may be political or cultural, academic or community – but they are all indirectly or directly linked to the United Work Front.   The Party also has a tactic of ‘double hatting’ – that is giving senior jobs, and different titles, to the same people.    There is also what is called ‘double plating’.  How many Westerners would know for example that the State Council Information Office, is known in China as The Central Office of External Propaganda of the CCP?    Or that the China International Publishing Group is the Foreign Language Bureau of the CCP?

The Party also encourages personal friendships not for the sake of friendship but ‘for the public good’.  (This reminds me of the worst kind of Christian evangelism – befriending people only to ‘win them for Christ’!)   The Party’s terminology of friendship is “a means to neutralise opposition psychologically and to reorder reality”.  In the language of the CCP friendship does not refer to an intimate personal bond, but to a strategic relationship (again I think of how some Christian organisations operate – using the weapons of this world!).

The CCP divides the world into three zones – Red = CCP.  Grey = Middle ground.  Black = Enemy.  The strategy is to win over the grey and fight the black.    One tactic is to label CCP inspired demonstrations as ‘spontaneous’ because the Party does not want those of us in the West to think they had anything to do with it.    For example in 2019, the Chinese Consulate General in New Zealand praised the ‘spontaneous patriotism’ of students from mainland China who attacked Hong Kong protestors at the University of Auckland. Meanwhile Hong Kong demonstrators are called organised by foreign hostile forces.

Again it is important to understand that in the Leninist ideology of the CCP, ‘enemies of the people’ have no rights .

Mao stated that 95% of the People are good and are on the Party’s side (I note in passing how authoritarian groups, both Right and Left, cite themselves as speaking on behalf of ‘the People!).    In the CCP’s thinking this extends to the whole world – the vast majority of us are obviously pro-CCP.  Its only a few ‘enemies of the people’ who are not.   Whenever anyone expresses concern in the West about any aspect of CCP policy – they are condemned by CCP propaganda as just a ‘tiny handful’.  The actual number of people is irrelevant to the CCP.

The CCP have a policy of biaotai (to declare allegiance) by repeating a particular slogan (kuhao)    So for example members of the Silk Road Think Tank Network must declare that they commit “to the common understanding that the Belt and Road Initiative is an important endeavour to promote world economic growth”.  This phrase gets repeated ad nauseum by Western groups such at Chatham House, the German Development Institute and others.  Western corporations and political and media elites are used to parroting trite  phrases to show their allegiance (‘love is love’, ‘diversity and unity’ etc).  (Again I note in passing that this is something that often happens in churches as well).

The CCP does not try to antagonise too many people at once.  They pick off their victims one by one.  Another tactic is Mao’s principle of ‘round outside, square within’ – firmness of principles, flexibility of strategy (again I think a good principle for Christians to have!).    Concessions can be made for strategic considerations.

Another strategy is to have “big help with a little badmouth” (xiao ma da bangmang).  Allow people to criticise in small things – but never in the main things (sounds like the way that the media in the West is increasingly operating).

A further tactic is translated as ; “using business to pressure government”.  There is so much money to be made in and through China, and Western corporations without Western liberal values (ie. Christian) or at least with 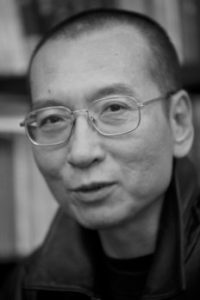 them only as a window dressing, are all too ready to shed them and go for the gold.    For example Australian mining tycoons urged Canberra not to make a statement about the death of the dissident writer Liu Xiaobo; US business organisations have pressured Donald Trump to end the trade war with China  and HSBC praised the CCP crackdown in Hong Kong.

Finally there are a couple of closely linked strategies which are fascinating – and perhaps something we could learn from.

Use the Countryside to Surround the City

The first is called “using the countryside to surround the cities”.  This was developed after 1949 – the CCP was forced to withdraw from the cities and establish bases in the countryside (Again I note that this is the precise opposite of current church planting strategy which suggests we have to win the cities first – maybe the Maoists have a point?  What if it is the other way round?).    The idea here is not just about countryside and city – but rather to go to where the enemy is weak and then take over there and use that to surround his strongholds.    In global terms the CCP sees ‘the countryside’ as ‘the developing world’ – once enough of these developing world countries are on board then the CCP will be in a stronger position to take on the developed world.

The second is called ‘using the local to surround the centre’.   Or moving from the periphery to the centre, from the small to the big, from the fringe to the mainstream.  This is how the Party (and Huawei or Xinhua) works overseas.    They go for the smaller more marginal groups and slowly make their way to the mainstream.    This is why Beijing places such emphasis on local councils and sister-city relationships in the West.

Again I cannot commend Hidden Hand highly enough.  But I hope that if you are not able to read it – these summaries are helpful.  We will return again next week – DV….