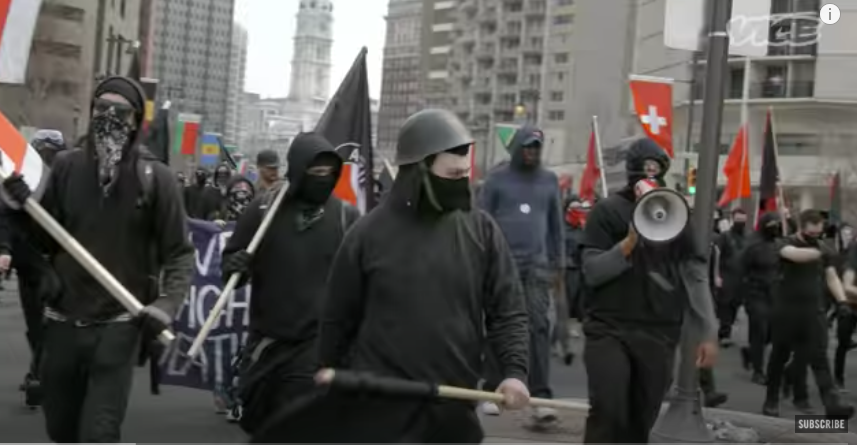 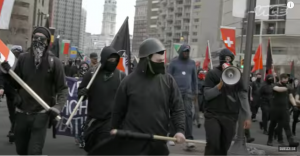 Calling someone a fascist has become fashionable again. ‘Fascist’ is a pejorative term that is trotted out so frequently it has become virtually meaningless. The problem is that fascism really is a threat. I have been speaking for years about the danger of State fascism – from both right and left. My fear is that ‘fascism’ is shouted so much that when the real fascists turn up, no one will listen. But crying wolf every time there is a knock at the door does not negate the fact that there actually are wolves.

Aleksandr Solzhenitsyn argued that one of the big errors that people make is to assume that totalitarianism can’t happen in their country. In the UK, I suspect we think that fascism is largely something that belonged to the Germans, the Italians and the Spanish in the past, and that apart from a few oddball skinhead types, it’s not really our problem – unless you have been to university and told that there is a fascist under every bed and now think that everyone with an opinion to the right of Karl Marx must be Far Right!

Ever since I saw The World at War TV series in the 1970s I have studied and fought against fascism – whether it was supporting the anti-Nazi league, seeking to call out racist thugs in football crowds, or trying to understand what attracts people to extremist political solutions. A recurrence of the fascism of the 1930s is unlikely, but there is a new kind of fascism which has reared its ugly head in contemporary Western society.

What is fascism? I like the Merriam Webster dictionary definition:

A political philosophy, movement, or regime (such as that of the Fascisti) that exalts nation and often race above the individual and that stands for a centralized autocratic government headed by a dictatorial leader, severe economic and social regimentation, and forcible suppression of opposition.

It would be helpful here to list the basic characteristics of fascism:

1. Fascism starts within a decaying society

People perceive that there is something wrong, unjust and chaotic in society. They blame previous or current governments as being immoral, corrupt and weak. So, they look for a stronger, more radical and better alternative. Fascism is good at destroying, but what it builds is far from the ideal it sells.

Authoritarian governments rely on the notion that they are ‘the People’. They speak on behalf of the People. The Party is the People. To get their way, they rely on the People expressing their opinions. This can vary from social media outrage, opinion polls, and media campaigns, all the way to fullscale riots. Looting, violence and bloodshed can all be justified in the name of the People. It doesn’t matter whether the people wear brown shirts, black shirts, red shirts or even multi-coloured ones.

I note in passing that one of the favourite tools of dictators has been the referendum. You may say that it is democratic, not fascist. Indeed, and the Swiss have shown us how referenda can be used democratically. But it is important to remember that fascists use democracy before they destroy it – remember that Hitler was elected.

3. The use and control of media – both mass and social

Hitler and Stalin would have loved Twitter and Facebook. They offer degrees of control and propaganda that Goebbels could only dream of. Of course, they are also a threat so any counter narrative would need to be suppressed.

4. An ideology which demands an enemy

In the old-style fascism, distinctions based around race and nation were predominant. In the new, it is class and political philosophy that is the dividing line. If you accept our ‘values’ then you are one of us. If not, you are one of the ‘Untermenschen’ who have no part in ‘civilised’ society.

You will note that on many marches there has to be someone to chant against – someone to hate. It doesn’t matter whether you call the ideology right or left, Maoist, Communist or Nazi, it all has the same purpose – to exclude (often in today’s confused world in the name of ‘inclusion’).

5. Fascism is not lawlessness

In fact, it relies on law. It uses law. Fascism is a bureaucrat’s and lawyer’s dream. Form filling is a prerequisite of any fascist State! “But it’s the law” is the cry; “I was only doing my duty” is the excuse.

In fascism the State is God. There is no room for blasphemy. There is no other judge. In Christianity God is God, and the State has its appointed, limited role as his servant. You answer to God for your sins, not the State – unless they are against the laws of the State, which by definition, in a Christian system, must be limited. Christianity recognises there is God’s law as well as man’s. On the other hand, by definition, atheistic secularism only allows for the State to be God and thus it is free to make unlimited laws.

6. A top down movement

Fascism is more likely to come from the top echelons of society, rather than the bottom. Yes, the working class are useful to form the mob – but it is the elites who lead. It’s the poor who pay. In Weimar Germany, Nazism was especially popular among many academics, scientists and corporate leaders.

So why am I concerned about the rise of fascism today? There are Far Right groups who cause concern, but their numbers are tiny and the potential of them taking power is miniscule – unless people are driven to support them by the antics of the Far Left. I note that the mainstream media rarely call the extremists on the Left the ‘Far Left’. It is still much more acceptable in today’s society to call yourself a Communist than a Nazi. This despite the fact that Communism has resulted in the deaths of over 100 million people!

But what bothers me more than the old style Communists or Far Right groups, is the self-styled Progressive elites, who have the same degree of contempt for Western democracy, the same self-delusion that they are going to lead the people into the promised utopia; and the same faith in their own abilities and ideology. Once you remove Christianity from Western liberal democracies, what you are left with will be neither liberal nor democratic.

I have many examples of how this is developing but let me share two with you from my current country of residence, Australia.

A young pregnant woman, Zoe Buhler, from Ballarat in Victoria, who lost her job because of the lockdown, posted on Facebook that she would organise a protest Freedom Day rally. What happened next, as the police arrested and handcuffed her in front of her children was filmed and has gone viral throughout the world. You can read the story here. It is chilling and bears many of the characteristics of an all-powerful authoritarian State – namely, an overreaching government, backed up by a harsh police and an angry mob.

Or take Senator Claire Chandler in Tasmania, who had the temerity to write that

“women’s sport was designed for the female sex and should remain that way”. The Australian Equality Commissioner found this statement could be “offensive, insulting, ridiculing or humiliating” and has summoned Senator Chandler to a meeting to explain herself. She has bravely stood up to this, but one wonders how many others, without such a platform, have caved into such pressure? Again, this is a State official seeking to censor speech and even thought, on the basis of an ideology. I’m sure readers can multiply these examples as the West seems to be descending into this mad abyss.

How can fascism be prevented? Every couple of years I watch Schindler’s List to remind me of why I became a Christian and why I am in the ministry. Auschwitz tells me the depth of man’s problem. Calvary tells me the depth of God’s solution. Fascism (or whatever you want to call any form of human totalitarianism) is evil. The only way to defeat evil is through good. The only One who is ultimate Goodness is Jesus Christ.

The Church has too often either compromised with fascism or prepared the way for it. We have too often turned the message of Christ into a baptised version of whatever secular ideology we really believe in. We have not been prophetic; we have been pathetic as we bend back and forth with every wind of doctrine and ideology. It’s time for us to repent and to prepare the way for the Lord. I want off the Highway to Hell!

The Fallout from Falwell – CT