Cardi B and Megan Thee Stallion have a new video/song called WAP, which is going to make them a lot of money. It’s so gross, degrading and demeaning of humanity in general and women in particular that I cannot recommend watching – under any circumstances. Ten seconds was enough for me to reach for the off button. But of course, hundreds of millions have already watched it. Sin sells.

The justification for this pornography is that it is empowering women by celebrating their sexuality. Because singing lyrics like “never lost a fight, but I’m looking for a beating” is obviously what women really want! I was going to say that this video is the ultimate in the commodification of women for the pleasure of men, but doubtless within a few weeks it will be surpassed by an even more ‘shocking’ ’empowering’ video.

It’s difficult for church leaders to say anything because we get accused of being obsessed with sex (from a society that actually is obsessed with sex). I suspect that many church leaders also just can’t be bothered with the hassle that inevitably follows. Sometimes it is the secular commentators who get it best. For example, Russell Brand was mocked and vilified for his comments on the video. What is fascinating is how he saw it as a sign of the collapse of Western civilisation. He’s right.

Sexual perversity is like drinking saltwater – it never satisfies; it only feeds an appetite for more. We keep thinking it can’t get any lower but there are depths of human depravity yet to be plumbed. Having rejected the Christian view of sex and sexuality, where are we going to go?

In answer to that question, Peter Tatchell gave us an insight in a fascinating recent talk, where he declared that equality for LGBT was not enough. He argues that it’s not just homophobia and transphobia that is bad, but what he calls erotophobia and the criminalisation of sex workers, as well as the criminalisation of teenagers who have sex before the age of consent.

Tatchell has form on this.  In 1997, he wrote a letter to The Guardian which declared, “several of my friends, gay and straight, male and female, had sex with adults from the ages of nine to 13. None say they were abused. All say it was their conscious choice and gave them great joy. While it may be impossible to condone paedophilia, it is time that society that acknowledged the truth that not all sex involving children is unwanted, abusive and harmful.”

While paedophilia may still be the last cultural sexual shibboleth, I suspect that may not last long. After all, a society which believes that pre-teen children can determine and choose to change their gender has little argument against the claim that they should also be able to ‘choose’ when to be sexually active.

Already there are signs of the increasing sexualisation (’empowerment’) of children in some areas of our society. Netflix were forced to issue an apology this past week over an advert for a French film called ‘Cuties’. It’s about an 11-year-old, from a religiously repressed (Muslim) home and her friends who join a ‘free-spirited dance crew’, which is code for saying a group of pre-teens who ‘twerk’ and engage in sexual dancing. It’s a paedophile’s dream. 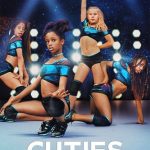 Netflix are still going to screen the movie but have apologised for the promotional material, which shows the girls baring their legs and midriffs provocatively. Again, the same claim is made: that it’s all about empowerment and exploring female sexuality. The argument is made that the film is more subtle than that and actually is against this kind of ‘exploitation’. But the reality is that both the publicity and the trailer show the sexualisation and sexual exploitation of children – largely for the pleasure of men – in much the same way the WAP video does.

What was astounding was Netflix’s response to some complaints. In response to the question “how does a movie sexualising children get approved?”, their customer service replied, “We understand that not all stories may appeal to all our viewers, which is why we always invest in a diverse range of content from all over the world.” In response to the question “do you support paedophile – a simple yes or no will suffice?”, there came this incredible answer: “We cannot really comment on that but while we believe in creative freedom, at Netflix we respect all religions and their cultures, values and traditions.” While this may have been the answer of an errant employee, it is none the less disturbing and reflective of the confusion in a society where ‘diversity’ can be used to excuse almost anything. 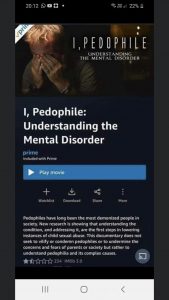 Meanwhile Amazon Prime have a film called I, Paedophile, understanding the mental disorder, a documentary which says, “Paedophiles have long been the most demonised people in human society….This documentary does not seek to vilify or condemn paedophiles nor to undermine the concerns and fears of parents but rather to understand paedophilia and its complex causes.”

And the toy company Hasbro has been forced to withdraw one of its Troll dolls, which was advertised as having a button on her tummy which causes the doll to speak. But what they didn’t say was that the doll also had another button on the bottom which if pressed causes a gasping sound. Perverse is hardly an adequate word for it! The doll has been withdrawn. But who thought of selling it in the first place?!

If this does not cause you to despair or weep, in what sense can you call yourself a Christian? Jesus wept over Jerusalem because he saw what was coming. There is a slow train coming:

“Man’s ego is inflated, his laws are outdated, they don’t apply no more
You can’t rely no more to be standin’ around waitin’
In the home of the brave, Jefferson turnin’ over in his grave
Fools glorifying themselves, trying to manipulate Satan
And there’s a slow, slow train comin’ up around the bend”

Our society is confused, angry and struggling to cope with Covid, racism, poverty, corruption, injustice, violence and sexual perversity, among other things. How does Christianity have any answers? Much of what I hear from the church is an empty echo of the society garnished with vapid cliches and meaningless truisms. The real answer is found in Romans 1. It is because human beings exchanged the truth of God for a lie that our foolish hearts have become darkened and our thinking has become futile.  As a result, God has given us over to what we asked for – a world without God. A Godless mind is a depraved mind. So we do what ought not to be done. And this is the result:

“They have become filled with every kind of wickedness, evil, greed and depravity. They are full of envy, murder, strife, deceit and malice. They are gossips, slanderers, God-haters, insolent, arrogant and boastful; they invent ways of doing evil; they disobey their parents; they have no understanding, no fidelity, no love,no mercy. ” (Romans 1:29-31).

In rejecting God, we are his enemies. And so, we become one another’s enemies. That’s the problem. But what is the solution?

“But God demonstrates his own love for us in this: While we were still sinners, Christ died for us.” (Romans 5:8)

That’s it. Everything comes from that. All the rest is fluff. Without Christ, we have worse than nothing. With him all things work together for good (Romans 8). Romans 1 to Romans 8 is a long road. But the Romans road is worth taking. It’s about time the church got back on the right track. Otherwise our civilisation has no hope. We are on the Highway to Hell.