This weeks article in Christian Today….I commend the editor for publishing it – without amending it. You can read the original here – 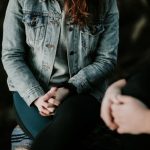 This week Queensland became the first Australian state to ban what is known as gay conversion therapy. This is such a serious offence that if a doctor, counsellor or psychologist performs conversion therapy, they could face up to 18 months in prison. Israel, Brazil and Germany (for under 18s) have also banned the practice.

Britain will follow suit, with the Prime Minister Boris Johnson telling the BBC: “Gay conversion therapy is absolutely abhorrent and has no place in a civilised society and no place in this country.”

Speaking of the BBC, they have had several news reports telling us all how evil and harmful it is (again forgetting their charter obligations, they manage to make these reports without any different perspectives).

In Scotland, Green leader Patrick Harvie, who has a penchant for wanting things he disagrees with banned (witness his attempts to ban Franklin Graham from Scotland) has called for the Catholic organisation, Courage International, to be banned because it allegedly supports gay conversion therapy.

It seems as though everyone is opposed to it and doubtless it will be banned everywhere. Given that it is hardly an issue which involves many people, this is an easy win for politicians, corporations and the woke warriors to show that they ‘care’. Doubtless in the future, being accused of supporting gay conversion therapy will be sufficient for the mob to descend and your career to be over. It is interesting how the Prime Minister and others see it as having no place in a ‘civilised society’ and yet they have no qualms about the taking of innocent life in the womb as a mark of that civilised society!

What is gay conversion therapy?

What precisely is being banned? I have read all kinds of horror stories and definitions, from the extremes involving violence, rape, exorcisms and pornography, to praying with someone who asks for prayer. Most sane people would agree that the extreme forms should be banned – but what about a talking-based therapy? Should that be banned?

Personally, I have never, nor do I think I would ever, refer someone for counselling to change their sexuality. That seems to me a road fraught with danger and not something that I would regard as biblical. But does that mean I would ban those who do seek to provide such help for those who want it? If someone wanted to go to a therapist seeking to change any aspect of their life or personality, should that be banned? Why do people argue for autonomy and choice in one area but not in another? There does seem to be a double standard at work here.

All of the people cited above who argue against gay conversion therapy because it’s not right to try to change (‘convert’) someone, are quite happy for people to get counselling which will help them change their gender. I think of the teenage boy who was told by a school counsellor that he was depressed because he was a girl trapped in the wrong body! Was that not abuse?

Stonewall’s definition of gay conversion therapy is “any form of treatment or counselling which aims to change or suppress a person’s sexual orientation or gender identity”.  This itself a charter for a different kind of abuse. For example, Patrick Harvie wants Courage International banned, because although they claim not to endorse the use of conversion therapy, they teach that LGBT people (as well as priests and those outside marriage) must remain chaste. This position falls within Stonewall’s definition of gay conversion therapy. Thus, the whole Catholic Church (and most Protestants and evangelicals) could be accused in the same way.

The problem with this ideology is the foundation on which it is based. The mantra is usually stated in this way: “No treatment or practice can change a person’s sexual attraction or experience of gender.”

But is that the case? I reject the notion that people should be defined by perceived sexual identity. But I also reject the view that people cannot change, and that sexual ‘identity’ or expression is somehow fixed. Ironically some of those who are most in support of banning gay conversion therapy agree. Jayne Ozanne, for example, stated that “treating as sick or disordered someone who wants to change their sexual identity reinforces the notion that it is sinful.” She therefore agrees that someone can change their sexual identity. The LGBT activist, Peter Tatchell, has long argued, for sexual fluidity rather that fixed sexuality.

He has said: “Homosexuality as a separate, exclusive orientation and identity will begin to fade (so will its mirror opposite, heterosexuality), as humanity evolves into a sexually enlightened and accepting society. The vast majority of people will be open to the possibility of both opposite-sex and same-sex desires, even if they don’t necessarily physically express them. Moreover, they won’t feel the need to label themselves (or others) as gay or straight. In a non-homophobic culture, no one will care who loves who. That’s true queer liberation.”

Psychology professor Lisa M Diamond wrote an influential book, Sexual Fluidity, in which she demonstrated from her research that over a period of ten years, a significant number of women involved in that research had reported changing their sexual orientation. I know several people who have done the same. So why should it be that if someone seeks help in trying to come to terms with their feelings and their temptations, they should be denied that? Do people not have the right to seek help? Or does choice and autonomy only apply if we want to make what our moral guardians regard as the right choice?

What will be banned?

The formerly evangelical Baptist minister Steve Chalke alarmingly tweeted this week: “Gay conversion therapy will be banned in coming months, but that must include all coercive practices disguised as the ‘pastoral care’ of those with so called ‘same-sex attraction’ within some religious groups if the psychological abuse being done to so many gay people is to end.”

I asked Steve to define what he means but as yet, he has not done so. Those who understand the code will know that this is a dog whistle to people who want to prosecute anyone who believes that people can change. Praying with someone who asks for prayer to help them change could soon be illegal.

I believe in conversion. All Christians do. It’s how we become Christians. We are converted to Christ and away from self, sin and Satan. It’s possible to believe in conversion in that way, and not be an advocate of gay conversion therapy. But it is not possible to believe that becoming a Christian does not change everything – including your sexual expression and behaviour – see, “And such were some of you. But you were washed, you were sanctified, you were justified in the name of the Lord Jesus Christ and by the Spirit of our God.” (1 Cor. 6:9-11)

We no longer live as we once did. For an inspiring and thoughtful example of that, read the former Queer Studies professor, Rosario Butterfield’s testimony in her outstanding book The Secret Thoughts of an Unlikely Convert. Rosario is now a Christian author and wife of a Reformed Presbyterian minister, and you can watch her testimony here.

The trouble with those professing Christians who adhere to the idea that people’s sexual identity and expression is fixed and cannot change is that, as well as limiting the Holy Spirit, they are seeking to convert the standards of Christ to the standards of this age. It should be the other way round. We believe that everyone needs the ultimate therapy – conversion to Christ.