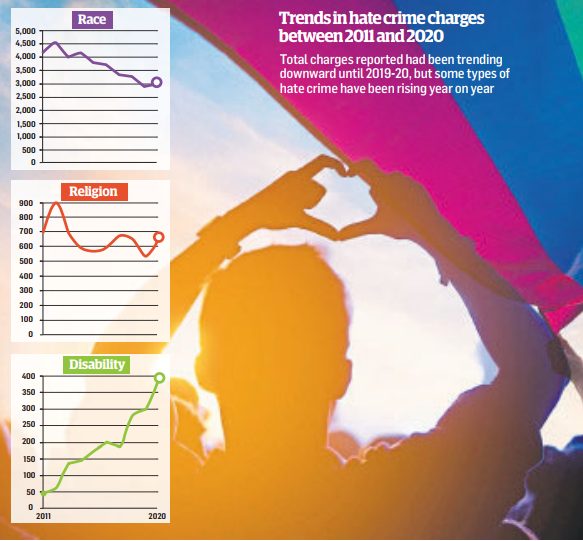 There is a profoundly disturbing bill that is coming before the Scottish Parliament.  I did this interview with Colin Wilson explaining why the hate crime legislation is so dangerous.  Humza Yousaf, the Scottish Justice Secretary stated :

“Let me be clear, the Bill will not stop people expressing controversial, challenging, or even offensive views, as long as this is not done in a threatening or abusive way that is intended to stir up hatred or likely to stir up hatred“

It’s that last phrase that is so dangerous and stunning – why?  Because it is entirely subjective.   If I state that a man cannot become a woman that could be classed as something that is likely to stir up hatred against transgender people.  If I state that I regard some Islamic doctrines and practices as wrong – does that stir up hatred?  What about some Protestant or Catholic doctrines and practices?  Basically, if you are an ‘in victim group’ then you will be protected and you will be given carte balance to silence any criticism – but it will be open house on any group that the Scottish government do not consider to be worthy of victim status.

Here is the video….

1. The above video is 40 minutes long. It starts with some background ‘scene-setting’ material (2 mins) followed by the interview with David (30mins).

2. Following the above there is an 8-mintute extract of a very powerful address given by preacher Jonathan Stephen (at the 32 min mark) followed by some links. The Jonathan Stephen trailer can also be accessed at the article ‘The Troublesome Gospel’.

3. The full ‘Peter’s Denial’ sermon by Pastor Paul Rees can be found here.
See also articles: ‘Standing firm in a Godless age’ and ‘Standing together: the imperative and the cost.’

4. PRAYER POINT – John Mason and Kate Forbes are both professing Christians and MSPs in the Scottish National Party. Pray for their encouragement, witness and stance within all of this.