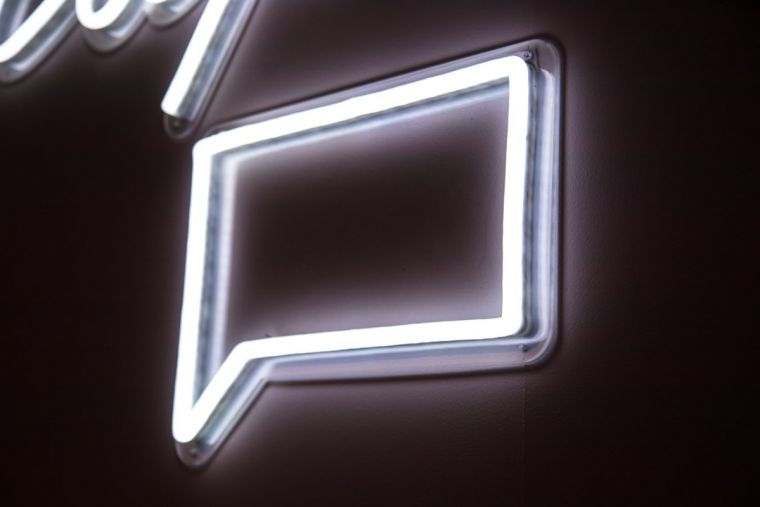 It’s hard to keep up. I jokingly remarked the other week, “What’s next? Will they cancel Fawlty Towers?” They did. It’s difficult to be a satirist when your whole society is turning into a Pythonesque joke – except soon people won’t know what ‘Pythonesque’ means because doubtless Monty Python will come under the Woke Eye of Sauron!

What is cancel culture? According to the online dictionary, “Cancel culture refers to the popular practice of withdrawing support for (cancelling) public figures and companies after they have done or said something considered objectionable or offensive.”

In today’s environment that means broadcasters, sports stars and employees of corporations who don’t bow the knee to the current issues that the cultural elites consider essential will soon be out of a job. I wonder just how many Premier League footballers would have the courage not to ‘take the knee’ when ordered to do so by their owners?

In the US a UCLA professor, Gordon Klein, has been suspended from his post and placed under armed guard at his home because he refused to change the schedule or grading policies of a final exam for black students wanting to protest George Floyd’s death. A US soccer star was fired because he did not denounce his wife’s Facebook posts. JK Rowling of course must be cancelled by the actors who made their money out of her books after defending women’s rights. And so, the list of the Unwoke continues to grow.

But cancel culture is now being moved on to cultural icons – not just statues, but songs, books, TV programmes and films. Probably the most astonishing is the proposal by someone high in the echelons of the English Rugby Union who wants to ban ‘Swing Low, Sweet Chariot’ because of its ‘associations with slavery’. ‘Swing Low’ was written after the American Civil War by a freed slave. It celebrates the Underground Railway, and is often sung at black funerals and civil rights demonstrations. It has even been honoured by Congress and yet the ERU in its historical, hysterical ignorance wants to ban it! What’s next? Ban ‘Amazing Grace’, the anthem of the civil rights movement, because it was written by a former slave trader?

(Perhaps the woke people at the English Rugby Union and Prince Harry should learn some history!)

Where will this all end? Almost 20 years ago the Tom Cruise film, Minority Report, predicted a police force who would be able to predict whether someone would commit a crime; thought crime would become actual crime. A bizarre story from California shows just how prescient that film is turning out to be.  A resident of Oakland, California found five ropes on trees in a park. They reported it because they thought they resembled a hangman’s noose used by lynch mobs. Another resident, Victor Sengbe, who is black, pointed out that they were used for exercise and no one thought they were for anything else.

But the mayor was determined to see a crime and declared that her officials “must start with the assumption that these are hate crimes”. Cultural Affairs Commission member Theo Williams insisted that whoever set the ropes should be “made an example of”. And then this statement from the mayor:

“I want to be clear, regardless of the intentions of whoever put those nooses in our public trees, in our sacred public space here in Oakland, intentions don’t matter.”

Thus, she was declaring that a hate crime, which by definition must include ‘hatred’, can actually occur even when there is no conscious hatred.

In case you think that’s just the crazy Californians, think about this. If you are ‘white’ some people think you can be judged as being guilty of unconscious bias because of the colour of your skin. And it’s not just on racial issues, but on every issue. Once the cultural elites tell you what their new approved doctrine is – if you don’t bow the knee or if there is even the possibility that you might not agree – then the cancel mobs will hunt you down.

Not so long ago it was Christians who were mocked because some wanted to ‘cancel’ such cultural highlights as Jerry Springer. Speaking of JK Rowling, I remember the excitement of my daughter as she eagerly waited for the latest Harry Potter book. She was one of the many who queued for the midnight opening at our local bookshop. I edited the Free Churches magazine, The Record, and asked her if she could write a review – by the end of the day! She read the book in a day, wrote the review and thus our lowly Church magazine became one of the first to publish a review of that Harry Potter book. I was astonished at the reaction from a vocal minority of Christians who accused me of promoting witchcraft. Now we live in a different time; it’s the ‘progressives’ who want to cancel Rowling. The world has been turned upside down. The revolution is eating itself.

We live in a society which bans Fawlty Towers and yet permits explicit pornography and sexual violence to be widely broadcast. Of course, in any civilised society there are things that will need to be banned – for example publishing material which incites murder. But banning material because it offends, or even has the potential to offend, is the mark of an authoritarian dictatorship, rather than a liberal democracy. Claiming to be able to judge people’s thoughts and motives is blasphemous. God alone is the judge.

Perhaps our cancel culture society, with its inability to forgive and forget, could learn from this. As a Christian I celebrate the forgiveness of God, bought at great price through the cross, and offer that forgiveness to all – whatever their race, gender, social status. That’s a cancel culture to rejoice in.