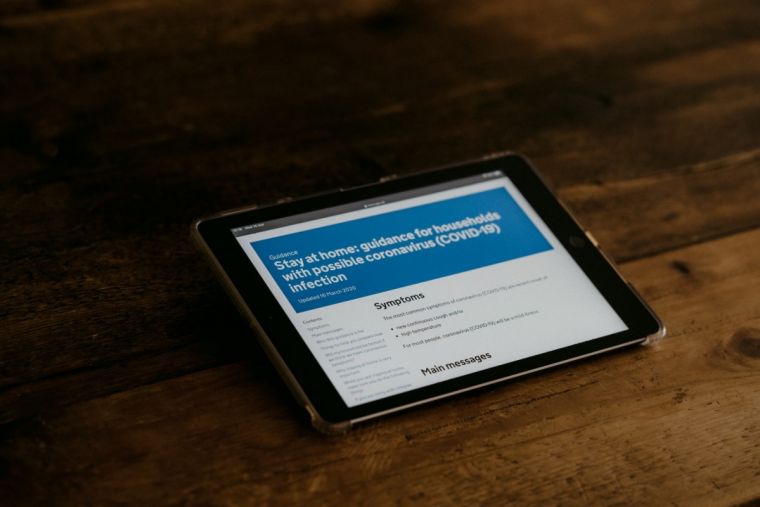 It’s a brilliant and terrifying image – much loved of artists and heavy metal musicians. The four horsemen of the apocalypse in the book of Revelation manage to convey so much in their portrayal of the judgement of God upon the nations. The rider on the white horse represents conquest; the red rider is war; the black is famine; and the pale is plague.

When the world is facing a deadly plague which is often conveyed in such apocalyptic terms, it seems unnecessary to add yet another article to the plethora of doomsday writings flooding our screens. But now that we are several weeks into the Covid-19 pandemic, perhaps there are some general patterns we can discern and warnings we can heed.

The first horseman of the Covid-19 apocalypse is death. Media and individuals have become obsessed with numbers and graphs. We apparently all need to be breathlessly informed again and again of just how many people have Covid-19 and how many people have died from it. We can all follow the latest figures online – and if we miss them then the ‘oh so helpful’ click bait alerts sent from numerous media telling us of the latest ‘record rise in deaths’ will keep us fearful and hysterical.

At the time of writing, there have been over 165,000 deaths worldwide from Covid-19 – with the largest numbers being in the US, Italy, Spain, France and the UK, although a caveat needs to added here. There is a fundamental difference between the number of deaths of those with Covid and the number of those who die because of Covid. The UK’s chief scientific adviser suggests that those who die because of Covid will be about one third of the total number.

Nonetheless, the lockdown of society, and the continual daily reminders of death mean that many people have a renewed awareness of our mortality. This is surely an opportunity for the Church to proclaim the Good News of Christ. Offering eternal life to those who live as though they are already immortal, in blissful unawareness of their own mortality, was always a hard sell. When death stares people in the face, speaking of the One who came to save people from their fear of death is much easier.

But death from or because of Covid-19 is not the only horseman.

The second horseman of the Covid apocalypse is poverty. I’ve noticed a rather strange correlation. The better off you are, the more likely you are to be shouting for a complete lockdown. Ironically, it is the wealthier countries who have initially suffered most – largely because of international travel. But it is the poorest who will suffer more – both in those countries and outside of them. When a country has an inadequate health service, combined with economic poverty (and the two always go together), it is the poorest who always bear the brunt of the suffering.

It is clearly necessary for some countries to shut down, in order to prevent their health services being overwhelmed. But that shut down comes at a tremendous cost – the majority of which is paid by the poor. 1.5 million people in the UK going without a meal each day.

In Kenya, the shutdown prevents the poor from buying food on their way home from work. Despite the trillions poured out in government largesse in the richer countries of the world, it is inevitably the poor that will pay the highest price in the longer term. A country in severe debt will be a country that cannot afford adequate healthcare. As Christians, we have to reject the simplistic binary approaches of those who, on the one hand, suggest we should let the elderly die in order to build up herd immunity, and those who on the other suggest that we should impoverish the whole nation in order to prevent deaths now. The latter will clearly mean more deaths in the not too distant future.

What if I told you that by taking drastic action, the US government could save over 35,000 lives per year and more than two million serious injuries? Would you think it inhumane and wrong if they refused to do so? Every year 38,000 people die in road accidents in the US and more than two million are seriously injured. If we reduced the speed limit to 5 mph we would save almost all of those lives! But no one would seriously suggest that.

Poverty far too often equates with ill-health and early death. Let’s not be too keen to impoverish the whole nation – especially if we ourselves, are going to be ok. There is nothing more ridiculous than wealthy celebrities, blissfully unaware of their privileges, telling us all that ‘we are all equally in this together’. Covid-19 has not created equality; rather it has exposed some of the fundamental inequalities in our society.

The third horseman of the Covid apocalypse is mental health. Each year in the UK there are over 5,000 suicides; in the US it is almost 50,000, and in Australia 3,000. What if the fears, social restrictions and economic troubles that arise out of Covid-19 lead to more deaths than the illness itself? Who can count the psychological damage of an extensive lockdown on children, broken families and those who already leave with fear, depression and loneliness?

If people are prevented from meeting together, visiting the countryside, going on holiday, eating out, going to pubs, churches, concerts or sport, and even from visiting loved ones (especially when they are sick and dying), what will the mental and emotional cost be?

The fourth horseman is that of authoritarianism. Governments all over the world have had to take a heavy hand to their populations. In Western liberal democracies, liberties that we have taken for granted and fought for over the centuries are in enormous danger of being eroded. It’s not just the more authoritarian states that can take advantage of this. Once governments and their officials get a taste of this kind of power, it proves intoxicating and they find it hard to give up.

If anyone wants to imagine what an Orwellian police state would look like, just examine the UK today. It probably is necessary in the short term to have police patrolling the streets, examining shopping bags, monitoring phones etc. But there are worrying signs that at least some aspects of this will continue afterwards and the creeping erosion of our civil liberties (freedom of speech, freedom of assembly, freedom of the press and freedom of religion) which had begun before Covid-19, could accelerate – all in the name of ‘protection’.

What is the answer to all this?

Can anyone stop the four horsemen? Given the complexities and difficulties involved, perhaps the best place to start would simply be to say, we do not know. In our weakness and ignorance, perhaps we could turn to the One who does. If anything, you would think that this virus would be a big lesson in humility – but it appears we are slow learners!

The Greek word ‘apocalypse’ does not mean great disaster or the end of the world – although it has come to mean that. It means ‘revelation’. It was a revelation of Jesus Christ given to the apostle John on the island of Patmos at a time when all seemed lost for the Church. Its message is at one and the same time complex and simple. The complexity comes from the vividness of the imagery, the simplicity from its basic message that Jesus Christ is on the throne. And no matter what happens – plague, famine, war – Jesus shall reign. There will come a ‘healing of the nations’, the destruction of evil and the marriage feast of the Lamb! Jesus conquers by his sword – the Word of God.

The solution in this apocalyptic situation is not for us to be doomsday prophets standing with our placards announcing ‘the End Is Nigh!’ (We leave that for the Climate Doomsayers).  Nor should we be false comforters soothing everyone with fine words about how it will all get better soon. Rather we stand in the gap – proclaiming the hope, power, love, word and sovereignty of Jesus Christ, the King of Kings and Lord of Lords. We invite all to come to the tree of life, to drink from the river of life, to be cleansed, healed and forgiven.

Covid-19 is God’s megaphone warning us of our mortality in order that we may seek the Immortal One. Are we listening?

Songs, Spiritual and Secular, to Contemplate this Easter