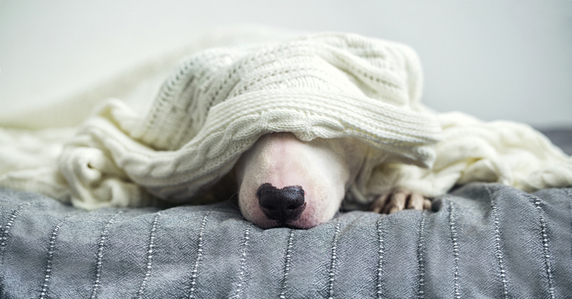 After all, one of the most basic of scriptural doctrines is that we all sinned and fell in Adam. We are also clearly warned that our battle is not against flesh and blood, but against the rulers, against the authorities, against the powers of this dark world and against the spiritual forces of evil in the heavenly realms (Eph.6:12).

Although sin is individual, that individual sin infects and pollutes far beyond the immediate sinner – just as Adam’s sin resulted in the groaning and pollution of the whole creation – so our sins impact far beyond our immediate selfs. That is why I think it is right to speak of systemic sin – when a whole system or organisation becomes infected by sin – so much so that it often perpetuates, covers up, enables and even sustains sin.

Sometimes we need to look at the churches and cultures we are part of and humbly ask whether we are part of increasingly corrupt systems. By definition none of us belong to perfect churches or Christian organisations. As Spurgeon once quipped to a woman who was leaving his church because it was imperfect – ‘Madam, when you find the perfect church, don’t join it. You’ll only spoil it!’. But the truth that we are all sinners should never be allowed to develop into a truism that ends up with us excusing sin within our organisations.

So what is systemic sin?

If we take the dictionary definition of a systemic problem, that can be useful: ‘A systemic drug, disease, or poison reaches and has an effect on the whole of a body or a plant and not just one part of it.’

‘A systemic problem or change is a basic one, experienced by the whole of an organisation or a country and not just particular parts of it:’ That is a great way to describe systemic sin – the whole body is affected and changed by this sin.

The trouble with the failure to recognise systemic sin is that we both enable sin and we disable forgiveness. We enable sin because in our desire to protect the organisation and its ‘brand’ we are prone to either inadvertently refuse to see the elephant in the room, or we reach a stage where one cover-up leads to another one. We are more concerned about the public image than the private reality. This disables forgiveness because once the sin of an individual within the organisation is publicly exposed – especially if they are a leader – the institution moves from damage limitation by cover-up, to damage limitation by discarding the errant leader. It can be brutal.

Both the Early Church Fathers and our Reformed Fathers regarded biblical church discipline as of the essence of the church. Perhaps one of the most crucial needs for the church in the 21st century is a return to that practice. Have we become so individualised and reliant on networks, influence and worldly power bases that we have subcontracted discipline to those beyond the organised church?

A.W. Tozer made a pertinent remark in this regard:

‘There is positively no place in the church for sleight of hand or double talk. Everything done by the churches should be completely above suspicion. The true church will have nothing to hide’.

But in the modern evangelical church we far too often have a lack of transparency (whilst at the same time claiming transparency). We have the sacking of staff tied up, not with biblical church discipline, but with civil legalities, and we have the nonsense of non-disclosure agreements. Why would a church or Christian organisation ask people to sign an NDA (often under threat of not getting their severance pay) if there was nothing to disclose?

When we rely on networks and contacts – we find that it is far too easy for people to exclude those who don’t ‘fit’ and include those who should be removed. The spirit may be willing, but the flesh is weak. Therefore, if your article is being published, your book being sold, or your invitation to that prestigious conference depends on you not offending the ‘gatekeepers’, the pressure is overwhelming to conform and keep silent. We all play the game. Those who don’t are out.

All of this smacks more to me of the politics of the business, academic and political worlds, than it does of the church of Jesus Christ. Again to cite Tozer: ‘The church today is suffering from the secularisation of the sacred. By accepting the world’s values, thinking its thoughts, and adopting its ways, we have dimmed the glory that shines overhead’ (A.W. Tozer – The Alliance Weekly/ Witness 1962).

The Secularisation of the Church

That secularisation is seen in many different ways – spiritual trickle-down theories, entertainment worship, the corporatisation of the church, the replacement of the prophet by the ‘communicator’, the attempt to influence by compromise, the reliance on the ‘big donor’ rather than the ‘widow’s mite’, the unawareness of cultural factors in church life, the ‘network’ culture, or accepting the world’s standards for leadership, rather than the Bible’s. All of these are significant, but none more so than the adoption of the world’s methods in terms of our organisations and the temptation to both deny and cover up systemic sin.

In the evangelical world we are very good at being ‘prophetic’ about and lamenting over the sins of others. Perhaps we need to take the beam out of our own eye. Repentance, Reformation and Renewal must begin with us.

This article was an adaptation of this one….