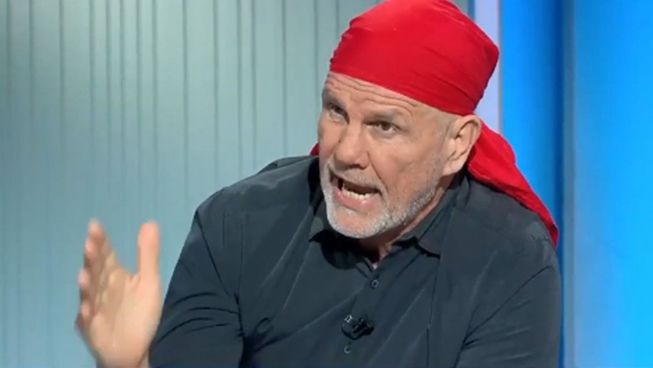 Once again thanks for your ‘Fitz on Sunday’ column. As always it was informative, stimulating and frustrating.

Please note:  For some reason the Sydney Morning Herald ahs left out of its online version the comments I am referring to.  I wonder why?  It’s not because of reasons of space because they have added an extra joke and quotes.  But for the context – here are the missing words.

“New Word Order – So seismic is the event we are living through that a few years from now there will be three periods of modern history: ‘Pre-Corona’, ‘During Corona’, and ‘Post Corona’.  Those three phrases, however won’t make the populist lexicon.  I am open for bids, with best responses to be published next week.

One possible change, in the post corona world?  I suspect mainstream religion will take a major hit and we are already seeing it.  This is because the virus will take the lives of many elderly parishioners who still believe.  But also because in the face of such catastrophe it is harder than ever to believe in a benevolent God.  Last week, the Archbishop of Canterbury announced he and the Pope would lead their followers to join global prayers and it happened on Wednesday.  The world barely blinked.  The Archbishop’s tweet got about 1500 engagements globally.  Yes, yes, yes, Twitter is a small bubble of the actual world, but geez, Louise, such disinterest.”

I appreciate the good news in your column – the reduction in Covid 19 cases in Australia appears to already be happening, the ‘more and better’ testing continues and the search for a vaccine is looking more positive.

You are right to call these events ‘seismic’, although to be honest we cannot know the future. It is possible that in a years time we will be looking back at all of this and wonder what the fuss was all about – but I suspect that like 9/11 this will be a game-changer for much of our society.

The End of Religion?

But after all of that you have to return to your favourite subject – the scratch that never stops itching – religion. You tell us that in the post-corona world mainstream religion will take a major hit – more than that you tell us we are already seeing that.

I know like John Lennon you want to ‘imagine no religion’, but do you have any evidence for this claim? You cite one piece – the fact that the Archbishop of Canterbury’s tweet about global prayers with the Pope only got 1500 engagements. That’s hardly conclusive. Any more than my using the fact that some of my tweets get 20,000 plus engagements is proof that Biblical Christianity is flourishing!  We need a bit more evidence than that. Twitter is as you put it, a ‘small bubble of the actual world’, largely inhabited by journalists, politicians and ‘celebrities’ – hardly a reflection of the ‘real world’.

People of your ideological persuasion have been prophesying the end of religion as frequently as some cults have been predicting the end of the world. The fact that both of you have been wrong up to now doesn’t seem to deter you from your latest prophecy of doom. In the early 20th Century we were told this was to be the Atheist century (you tried but it didn’t work out too well, did it?). In the 1960’s we were told that God is dead. The Economist, in its 2000 millennium edition, pronounced that God was dead. In 2007, it published a 16-page apology headlined ‘God returns to Europe’. Richard Dawkins was supremely confident that the top of the evolutionary pyramid (biologists in Oxford University) was religion free. But then he discovered how many students were theists he got so angry he wrote a whole book about it (The God Delusion). The irony is that I suspect more people became believers through his book, than were deconverted!

And now you pronounce that religion will be dead because Covid 19 will kill off the elderly! You sound almost as gleeful about this as Remainers in the UK rejoicing at the fact that older people would die. Like them, you forget one thing, that as we get older, many of us get wiser – and we break out of our indoctrination. I know that many of our universities have become ‘monoversities’ – only allowing one point of view – but truth will out. The message of the Gospel is so radical it is appealing to more and more younger people.

And you clearly haven’t been in many Sydney evangelical churches – whether Anglican, Presbyterian, Baptist or Charismatic – there are thousands of young people. “You may say I’m a dreamer, but I’m not the only one. I hope some day you will join us, and the world will be as one”!

You also make the remarkable claim that because of Covid 19 it’s harder to believe in a benevolent God. You are a historical writer so you are without excuse for such a breathtaking display of historical ignorance. Plagues and diseases have been around since the Fall! I assume you have heard of the Galen plague (AD 165)? Or the Black Death in the 14th Century? Or the 1625 plague in London? Or the 1919 Spanish flu? Why would Covid 19 be any more a reason for disbelieving in God? In fact, the Church tends to thrive in such circumstances as people become more aware of their own mortality and their lack of control of their own circumstances.

But apart from the ahistorical ignorance, it’s the lack of rationality that bothers me. If I fall over and scrape my knee does that prove there is no God? Does death prove there is no God? Such events certainly prove there is no Big Daddy in the sky who ensures that nothing bad ever happens to those who behave themselves. But then you are arguing against a straw man because none of us believe that. You are disbelieving your own caricature – arguing against your self; confirming your own unbelief by making up imaginary beliefs of your perceived opponents.

A friend of mine was in a Jewish café near Bondi, talking to some young Jewish women. Naturally they got to talking about God. “We don’t believe in God”. “Why not?”. “Because of Auschwitz”. At that point an elderly woman leaned over and tapped on the table. She unrolled her sleeve and pointed to her Auschwitz tattoo – “I believe in God”. End of conversation. Sometimes suffering points us to God.

In general, I find that your point of view is far more likely to be expressed in the coffee shops of Newtown than the pubs of Blacktown. I appreciate that for many people this is a real question – but not expressed in the simplistic, philosophical and accusatory way you do so. Here for example, is an answer to your accusation.

Peter – you think its good news that the number of Covid 19 cases is down from what it was. It is. But I’m afraid that it’s not that much good news. There is one irrefutable statistic – 100% of us will die. We cannot increase or decrease that number. As the Good Book says – it is appointed to humanity to die once, and after that to face judgement. The really Good News is that Jesus Christ came to free those who all their lives are held in slavery by their fear of death.

In your sad worldview you think it is a cause to look forward to older people dying because it will kill off religion. You take away the only source of comfort for the sake of your ideology. In the real world – there is great beauty and ugliness, joy and pain, good and evil. The only one who can free us from the ugliness, pain and evil is the one you reject and despise – Jesus Christ. It’s time to turn and seek him. That would create a seismic shift in your world and ripple out to many others. Your article was headlined – “When virus cases start coming down, we can start looking up”. Indeed. It’s time for you to look up….

A Clear Conversation about Coronavirus