We are still all living in the new reality. Watching what is going on in Europe, the UK and the USA from afar is quite surreal and horrifying. If the reporting is correct then it does seem like a dystopian horror movie in New York, Italy and Spain. I say ‘if’ re the reporting because of, for example, a report I heard on BBC Radio 4 about Australia. As someone who is living in Sydney I can say the report was almost completely false – in that it gave a completely false impression – we are not on lockdown – we are not in a state of panic. 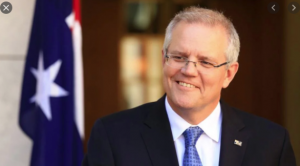 In a crisis like this we require good leadership. In that regard I am thankful that we are living in a country led by Scott Morrison – who, along with Angela Merkel, I regard as one of the best leaders in the world. He has gravitas, intelligence, compassion, courage and clarity.   I have been more and more impressed with his leadership – especially on this issue (despite the poison the Sydney Morning Herald continually drip feeds).   He comes across well and I love the way he deals with the press. He refuses to be panicked into precipitous action and is being guided by the science – not the hysteria of the armchair experts. He recognises that there are no quick fixes and just shutting down everything will cost lives as well.  This video is a good example of his clear, cool and compassionate style. Maybe it’s something to do with his Christianity!

There is a balance to be found and it is difficult – but I feel confident that he is on the right track. Covid 19 has been in Australia since January the 25th and yet we still have only about 3,966 cases – the vast majority of which are from overseas trips. Furthermore of those cases we have had only 32 people in ICU and 16 deaths of people with Covid 19.   It is likely that these numbers will greatly increase but just today we received good news – even though the number is relatively small – there has been a decline today in the rate of increase.   This article – https://www.news.com.au/finance/work/leaders/an-impossible-needle-to-thread-two-questions-corona-critics-should-ask-themselves/news-story/bd217bdc36bcddf24aace15bb20f0894 rather brilliantly describes the situation.  We have been moving gradually through various stages towards ‘lockdown’. This week we are on stage 3 – which means we can still go out, go to work where necessary and drive to the bush or beach to take walks. Complete lockdown will be stage 4.

A Prince in Israel

This week I have also been thinking of another great leader – a man who has been a phenomenal influence in Scotland and beyond – and who has been a role model for me. Derek Prime, the former minister of Charlotte Chapel, pastor, preacher and author died aged 89.   I remember visiting the Chapel one Sunday when I was at the Free Church College.  Despite the fact that there were 600 people in church, and I was not a regular visitor, he greeted me at the door by asking for my brother (who had attended there years 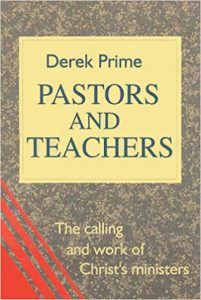 earlier).  I asked him, “how do you know who I am?  How can you do that with a congregation of 600?”  He told me that each day he prayed for 30 of the congregation – and when you pray for people you remember them.  He was an astonishing preacher and pastor whose example and light never faded – even though his health did. His book, co-authored with Alistair Begg, On Being a Pastor, was a great help to me in my early ministry.  Sometimes I get depressed at the state of the Church, and when I hear of great men falling  – and I think of my own heart.   Then I remember men like Derek Prime and thank the Lord that he does create and establish faithful servants who are role models that we can follow as they follow Christ.

This video shows him at his most gracious and Godly.   A beautiful man who is a sore loss to the whole Church in Scotland and beyond. We mourn but not as those who have no hope. We pray for his family and former congregation – Charlotte Chapel – led by my good friend Paul Rees.

How has this crisis affected my work here?

Because someone I knew was being tested for Covid 19 I have been working from home. I thought it would be quieter but in reality my week has been as busy as ever. I do numerous talks – (mainly through Zoom) – and interviews. Each day Monday to Friday at 11 Steve and I so a live Panic Room – which then goes on to the Third Space website. Here for example is last Fridays.

And I have the honour of compiling the prayer notes for a national ‘Call to Prayer’ initiative.   Again you can subscribe to that here.

There have also been silver linings to this dark cloud. Some of the ‘benefits’ are that pollution is down, brothels and pokies have been closed and many of us have been forced to think about mortality and how to do and be church.   One special bonus for me is that every Sunday evening we now sit down to listen to God’s word brought by Andrew from Charleston. As my son I would tend to be harder on him than I would on other preachers! But I have to say that so far I have found this series on Job (something he had planned to do several weeks ago) extraordinarily edifying, encouraging and exciting.   That’s an opinion that seems to be shared as these are now being viewed all over the world – not least in Australia.   If you are in lockdown in your home – perhaps you have a little more time to listen…and pray.