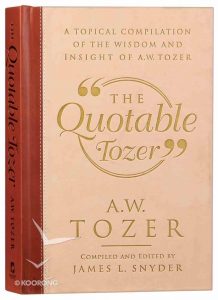 A W Tozer was a master of the soundbite long before Twitter and 24/news was invented. He was also a prophetic voice to the 20th Century to the church.  Recently I have been reading some of his thoughts on the church – and I thought I would share them with you.

Whilst the Gates of Hell will not prevail against the Bride of Christ, and there are many stories of local encouragements, I am discouraged and depressed by what I see of much of the Church in the West today.    I’m not talking about the liberal progressives – whose distance from Christ and his Scriptures is such that they can hardly be called ‘Christian’.  Nor am I talking about the evangelical ‘progressives’ (an oxymoron if ever there was one).   Their error is obvious.  But I am thinking about the professing evangelical church – including the Reformed.   When I witness the lack of unity, the power games and the inability or refusal to engage prophetically with the wider culture, then it is deeply disturbing.  Perhaps at a future date we can look at how the prevailing culture has far more influence on the church than vice versa – but for this week consider these gems from Tozer and how apposite they are to the 21st-century church.  (All of them are taken from The Quotable Tozer). 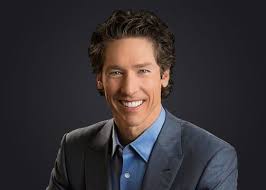 “An area of the church I refer to as the ‘fringes of evangelicalism’ where the playboys of the gospel are so very active and vocal – will never know what we are talking about here. Christianity has become to them a way whereby they can have a lot of nice, clean fun and still go to heaven when it is all over.  I am afraid the fringes are seeping deeper toward the core of today’s Christianity.  The popular leaders today are the playboys with a grin as broad as a barn door, and with all thirty-two teeth shining in their glory.  They dash about the church, whipping the congregation into a frenzy of good feeling”  (God’s Power for Your Life).

“There is a new church today – a new brand of Christianity that is running rampant.  This new church is seeking assurance by adding up her virtues.  ‘Look at me’ she says with an arrogant spirit.  Never in our country have we seen bigger church buildings or larger congregations.  Never has there been more social activity than there is today.  For the most part we take courage from numbers.  ‘That must be a good church – look at all of the people going there.’ is the reasoning one hears today”  God’s Power for Your Life

“In the last few years, Christianity has become a show whose focus is entertainment.  We are trying to beat the world at its own game; we are losing and not realising that we are losing”  God’s Power for Your Life.

“Americans are impatient, and the same goes with American Christianity.  Some people now want Christianity in the form of a pill, something that will work very quickly.”  Living as a Christian. 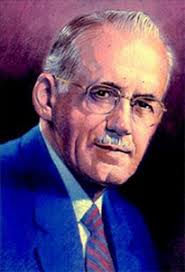 “I believe the situation has become so serious that the earnest observer is forced to wonder whether our popular evangelical religion today is indeed the true faith of our Fathers or simply some form of paganism filled with a veneer of Christianity to make it acceptable to those who want to call themselves Christian.”  The Crucified Life

“Some imagine that Christianity is a playground.  They are wrong.  It is not a playground; it is a battleground.”  A Disruptive Faith.

It is easy for us to look at other areas of the church where we can see the wrong.  And to signal our own virtue in comparison.  It is usually harder to look at our own tribe – although sometimes we find it easier if we are hacked off or in a powerplay.  It is almost impossible to look into our own heart and have the painful experience of seeing ourselves as God sees us.  Tozer for me works wonders – because when I read him (even more so when I read the mirror of God’s Word) I don’t only see ‘them’, I see ‘us’, I see ‘me’.

It’s my belief that the problem with society is its turning away from God.  The problem with the church is that we are far too often following society.  We need to repent – and that repentance must begin with me.   We must stop attacking as if we were in the playground – and get into the battle.