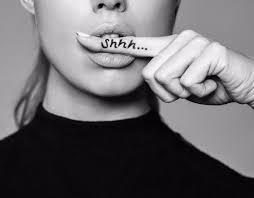 Returning to the Vicky Beeching saga there are a couple of responses that need to be carefully considered…and which raise up much wider issues:

I don’t mean either the hate or love mail….As an example of the former this one is a cracker (written in the name of love!).

You are doing the work of the devil. You are keeping people from Christ! Your judgement day will come and you will face the wrath of God almighty! How will you answer for a life spent driving people away from knowing the love of God? You preach hate, nothing more. You are a dangerous, toxic demon masquerading as a “Christian”. The devil is at work in you! Repent!

The love mail comes from those who say, ‘I basically agree with what the bible says but we have to love people by not upsetting them or giving them an excuse to think of us as nasty’. I don’t accept that this ‘don’t tell, be nice’ policy is loving like Christ at all.  Nor do I buy into the guilt manipulation that occurs when people say ‘you can’t say that because it will hurt me, or because I am wounded’. Stephen Kneale sums this up rather well on his blog – depression as manipulation.

Time to be Silent

However there are those who say that whilst they agree with everything (almost) that is said, maybe there is a time for silence. I think they have a really good point. After all doesn’t the Bible tells us that there is a time to speak and a time to be silent? Does it not say – “Do not answer a fool according to his folly, or you yourself will be just like him.”? (Proverbs 26:4)? Indeed it does – but the next verse goes on to say, “Answer a fool according to his folly, or he will be wise in his own eyes.”  (It was wonderful to have Sinclair Ferguson preaching on these verses last Sunday evening). So we need wisdom when to speak and when to keep silent.

I received this interesting comment that I promised I would answer once I had thought about it.

David, this whole situation has become a circus that I believe is no longer helpful, nor glorifying to God, and I wonder whether it is time to leave it lie? In your response to Sharon above you have suggested that your approach is that of Jesus and Paul, but I would respectfully suggest that your reading of the NT is different to mine in this respect. Once Jesus confronted an individual in this way – when he said to Peter “Get behind me Satan…” (Matt 16:23) – all of his other dealings with individuals (teachers, enquirers, sinners, the sick, Peter himself after the betrayal, Pilate, Paul on the Damascus road, etc…) were supremely gracious – his anger was reserved for groups – the cities that rejected him, the temple sellers and money changers, the crowds, and the religious leaders – with groups he didn’t mince his words.

If you publish a book you should expect to have the content critiqued – if a theology book then the quality and direction of your theological arguments, and if a memoir then you might also expect that elements of your personal story will be picked over. I haven’t read the book, but I understand that it documents experiences that have been traumatic and left a deep scar – a scar that is clearly still fresh and not ready to be examined with critical eyes. With foresight the responses to the book could have been anticipated, particularly given the author’s difficult previous experiences with social media (I seem to remember that she has taken ‘breaks’ from social media in the past due to difficulties she has experienced).

Allusions to an inbox filled with foul and offensive messages, and posting excepts from letters, blogs, and messages (some of which are unhelpful, and even bizarre) that support this narrative feeds the mob, and does nothing to develop a useful dialogue that helps clarity of thought and healing of damaged lives and relationships. Your continued attempts to explain your position will likewise not further improve dialogue.

I suppose that there is much more that I could say on the subject, but seeing the increasingly unhelpful direction that this situation has moved in over the last few days encourages me to hold my peace, and counsel you to do likewise.

I think there is a great deal of truth in this and I consider it to be a reasoned and thoughtful comment.   Moreover the very last thing I would want is to continue to do something that is not glorifying to God. (In passing if you want to shut a Christian up just tell them that what they are doing is not ‘loving like Jesus’ or not ‘glorifying to God’).   So I have been thinking and praying about this.

Whilst I agree with the idea that there is a time to be silent (you of course would not know this because by definition when I have practiced this advice I have been silent! There have been many things about which I have kept quiet – so much so that, believe it or not, I carry a bit of a guilt complex for not having spoken out), I don’t think that this is one of them. Let me explain why.

Firstly I don’t buy into the narrative at all that Jesus never critiqued individuals, only groups. (I should also point out that I was not primarily critiquing Vicky – but rather the theology and group she is a spokesperson for – the only reason she appears so much is because she has chosen to use her own story to promote that theology).   Jesus called Herod a fox, Peter the devil and he was hardly complementary about the ‘prophetess’ Jezebel in the church in Thyatira (Rev 2:20) whose teaching led Christ’s people into sexual immorality.

That latter example is very apposite. Vicky’s book is not just a personal memoir, nor is she someone who is trying to hide away and recover from all the wounds she has received. If it were we could deal with it in a different way – if at all. Furthermore I don’t think she is primarily interested in dialogue, clarity of thought and healing of wounds. She is a woman on a mission. She has got a new identity and has bought into the whole Queer theory, progressive agenda. She knows that it is right. She knows that one day the whole church will unanimously accept it. To her it is as clear as slavery.   That’s why she got so upset at the pushback from EA and myself. No fundamentalist likes being challenged at the point of their fundamentals! Perhaps it has begun to dawn that no matter the emotional blackmail or the secular pressure, we are not going to back down from what the bible says.

If you think this is a bit harsh consider this – in these past few days Vicky has been tweeting a lot in support of transgender theory.   The point is that Vicky is, in the name of Christ, pushing an ideology and agenda that attacks the teaching and church of Christ – not just bringing us a personal memoir about struggles with homosexuality.

As an undershepherd of the Great Shepherd, it is my job to counter such error and to protect the flock of God.

My interest is not in attacking Vicky – nor even in seeking to convert her, or give her therapy. My interest is not in winning an argument. I believe that what she is teaching is the poison of classic Protestant liberalism, with a veneer of evangelical language.   It is more bound to the spirit of the age than it is to the Spirit of Christ. I feel sorry for Vicky and would love to help her – if I could. But given that she won’t dialogue and given her continual public appearances attacking the Gospel, the Church and the Lord I love, I cannot keep silent.

If people want to keep personalising this – so be it. There is nothing I can do about that. I will continue to speak out.

That doesn’t mean I will do it every day – but this is an issue which is being used to undermine the Bible, attack the Church and bring disgrace on the name of Christ. As Luther is alleged to have said: –

“If I profess with the loudest voice and clearest exposition every portion of the Word of God except precisely that little point which the world and the devil are at that moment attacking, I am not confessing Christ, however boldly I may be professing Him.”

One other reason for speaking out. I can see as clear as day what is coming down the tracks. And I don’t want to have on my conscience the Lord’s people in a few years time saying “we didn’t see that one coming!”. Some of us did. And we have to speak out before it’s too late. Whether people will listen or not – that’s not our concern. We have to speak the Word of the Lord.

“Meanwhile let us live at peace with all men, as much as in us lies, and let us endeavor to practice uprightness in our whole deportment, that we may be able to confidently appeal to God, that when we suffer at the hands of men, we suffer wrongly” (Calvin).

May God forgive me when I have failed to do that (as I have far too many times!)?

Let us treat all people not on the basis of their sexuality, race, gender, class, etc. But rather on the basis that they are made in the image of God – and need that restored. Christ Jesus came into the world to save sinners – of which I am the chief!

Somehow I find this song apposite to the situation:  ‘silence like a cancer grows….the people bowed and prayed to the neon god they made….the words of the prophets are written on the subway walls and temement halls”!