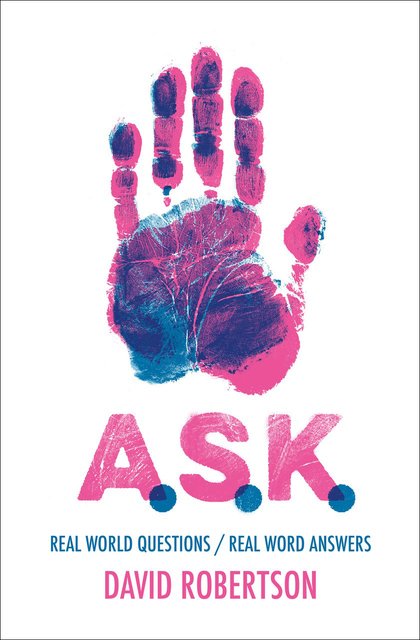 Of course I was going to be asked this weeks A.S.K question!

TEXT: It is God’s will that you should be sanctifi ed: that you should avoid sexual immorality; that each of you should learn to control your own body in a way that is holy and honourable, not in passionate lust like the pagans, who do not know God; and that in this matter no one should wrong or take advantage of a brother or sister. Th e Lord will punish all those who commit such sins as we told you and warned you before. For God did not call us to be impure, but to live a holy life. (1 Thessalonians 4:3-7)

The importance of this question to our culture is seen that this was the only question in this book that was asked from every Continent. Sex, marriage and gender identity are so important to us because they are a big part of what makes us human beings. The question is also asked because the biblical teaching about this is under attack from many in the culture – and because this is an area where there is sometimes a great deal of hypocrisy in the church – with people saying one thing and doing another.

The Bible however is not confused in its teaching. So in one way the answer to your question is straightforward. Sex is not bad, because it is something that God has given to us. He made us male and female, and he made us with the ability to love, to express that love physically and to produce children through that act of love. The Bible does not regard sex as bad, or as dirty. Indeed the very opposite. It is sacred and holy.

However, although God is the giver of pleasure, the devil is the perverter of pleasure. Just because it feels good does not make it good. God has set the limits for sex. It should be within the context of marriage. Genesis tells us that sex unites a husband and wife in an intimate knowledge of one another. It is not a shameful thing. “That is why a man leaves his father and mother and is united to his wife, and they become one flesh. Adam and his wife were both naked, and they felt no shame”. (Genesis 2:24).

The appearance that people commit sexual sin and ‘nothing ever happens to them’ has nothing to say about whether it is right or wrong. Although I note in passing that when we do not use our bodies in the way that God intends lots of things do happen; Sexually Transmitted Diseases, broken relationships, destroyed families, perverted minds, pornography, rape, prostitution and tormented individuals. It is surely best for us to follow the Maker’s instructions.

It’s also good to remember that no one gets away with anything, for one day we will have to answer to God, for all we have done.

And same sex marriages cannot fulfil one of the great purposes of marriage – the pro-creation of children. We don’t have time to go into this but there are enormous consequences for individuals and societies who go against our Father’s instructions. He gives us these because he loves us – not because he hates us. This does not mean that homosexuality is the worst sin, or that homosexual sinners are worse than heterosexual ones – most sexual sins described in the Bible are not to do with  homosexuality.

But it does mean that all of us as Christians are to live sexually pure lives because we want to honour God with our bodies. “Marriage should be honoured by all, and the marriage bed kept pure, for God will judge the adulterer and all the sexually immoral”. (Hebrews 13:4) Flee from sexual immorality. All other sins a person commits are outside the body, but whoever sins sexually, sins against their own body. 19 Do you not know that your bodies are temples of the Holy Spirit, who is in you, whom you have received from God? You are not your own; 20 you were bought at a price. Therefore honour God with your bodies. (1 Corinthians 6:18-20)

CONSIDER: Why is this such a big issue in our culture? What is wrong with SSM? How can we live sexually pure lives? Why does it matter?

PRAYER: Lord Jesus, so many of us find this so hard – because we know that our lusts and desires overwhelm us. We bless you that you are faithful and just and if we confess our sins, you forgive us. Help us to understand what your Word says, and to be doers as well as hearers. Grant us holiness and love, so that we would not desire sin and hatred, in your name Amen.