This weeks Christian Today article – you can get the original here.. 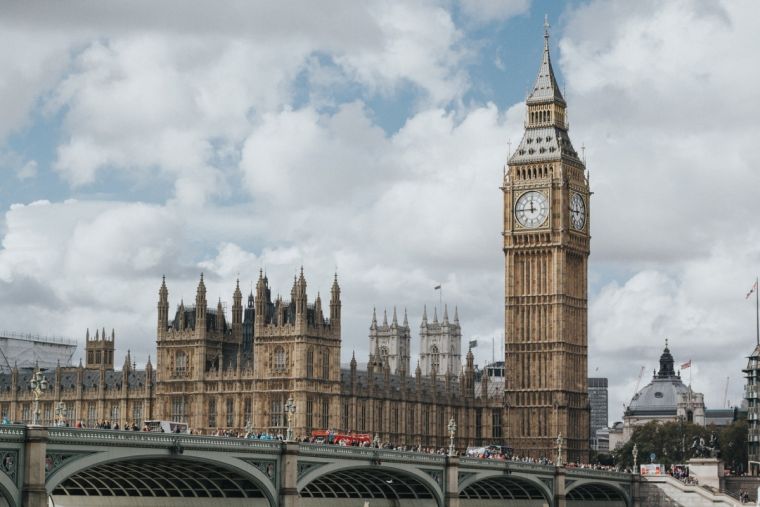 A Vote for Hope

The General Election is over. The results are in. Some of my Christian friends are rejoicing that Boris Johnson and the Conservatives are in with a large majority – others are in a state of mourning. But rather than add to the multiple analysis that will follow can I offer a different perspective-one that offers real hope to all who are seeking for it?

This has been an extraordinary election. The amount of dishonesty, incredible promises and identity politics has been off the scale. The advent of social media and the resultant dumbed down discourse enables the most extravagant promises to be made and believed. We now even have ‘fact-checkers’ which are just an extension of the propaganda. However I am thankful for programmes like the BBC’s More or Less which goes behind the statistics, on all sorts of issues.

But there was much more. By putting a cross in the box, you could save the planet/NHS/the EU/Brexit – or you could guarantee free healthcare for all, get free broadband, abolish poverty and save the planet. My personal favourite was an immediate pay rise of between £3,444 and £5,986 for those on the minimum wage (the specificity of the figures amused and amazed me).

Vote for the Fruit of the Spirit

But then it got really bizarre, philosophical and religious. At one point we were told to ‘vote for kindness’. This was a new one to me. I was not aware that we could make kindness happen by voting for it. I wonder if along with goodness, love, gentleness, peace, patience and self-control we could have them all on the ballot paper? Who needs the Holy Spirit when you have politics? The new kinder, gentler, gracious politics so evident in this General Election campaign!

Then I received a tweet telling me to vote for hope. When I gently suggested that perhaps this was a rather vague basis on which to vote – and one which would inevitably end up in hopelessness – I was immediately rebuked by someone who after abusing and mocking me (in the name of love) then declared: “Like you put your faith in God, I put mine in Corbyn.”

When I pointed out that this was the problem – trust not in princes, nor human beings! – I was informed: “If we vote for him and believe in what he WILL do he might just do it.” He then went on to prophesy: “No one defeats the Mighty Corbyn!’

I’m not making a political point. I have seen this ‘Messianic’ expectation given to far too many political leaders – Farage, Sturgeon, Trump, Johnson. Even Jo Swinson ran a presidential campaign urging us to vote for her vision.

And then there is Greta – the poor climate campaigning teenager who is almost worshipped as an icon, a burden surely too heavy for her to bear. In a recent speech she declared:

“There is hope…I have seen it…it does not come from government and the corporations….it comes from the people. The people who have been unaware but are now waking up. People are ready for change…and that is the hope because we have democracy…democracy is happening all the time – not just on election day but every second and every hour. It is public opinion that runs the world…

She is of course right that our hope does not come from government and the corporations. But neither does it come from ‘the people’. It’s always a dangerous claim when any government or pressure group claims to be ‘THE people’. What does that make those of us who don’t agree with ‘the people’? Are we ‘the excluded’?

But where then is hope to be found?

I was struck by a friend who tweeted both in despair and hope:

“That was not pleasant. Just glad that my confidence is not in politicians, parties or parliament. There is a better Kingdom. It’s already here, although not many perceive it. It’s on the rise. One day it shall permeate throughout the entire world. A new world. A new day. A new hope. #kingdomofGod.”

And then I remembered this from Tim Keller, “If Jesus Christ was really raised from the dead – if he is really the Son of God and you believe in him – all these things that you long for most desperately will come true at last. We will escape time and death. We will know love without parting, we will even communicate with non-human beings (think angels), and we will see evil defeated forever.”

Where is your hope?

I was once involved in a debate where my opponent and I were both asked about what our hope was. My opponent, a political adviser to the Liberal Democrats stated, “My hope is to get the tax threshold raised to £10,000”!

I responded: ” Are you serious?! My hope is built on nothing less than Jesus’ blood and righteousness.” Judging by the loud ‘Hallelujahs’ I gathered that the West Indian Pentecostals within the audience knew exactly what I was talking about! It took a little bit longer to explain what I meant to the others.

And that is what we have to do now. Not just tell people that our hope is in Christ, but explain what that means and why. It’s not the blind hope of those who just wish that things will get better through their chosen saviour. It’s the real certain hope of who Christ is, what he has done and what he will do.

If only we put as much passion into telling people about this Christ, as we do in proclaiming our political heroes, the world would be turned upside down. Don’t vote for hope. Live it. And seek and find it in Christ.

The Creaking on the Stairs – My Favourite Christian Book of 2019