I am writing this en route to Hobart. It’s been a busy week – Canberra on Sunday and Monday, Melbourne on Tuesday and Wednesday, Sydney for the past three days and now heading to our Executive meeting in Tasmania – my first time in David Meredith’s ancestor’s homeland. I was asked to name one famous Tazzie…and I struggled so Meredith had to do!

But let’s return to Canberra. After a good night with Ian Powell at St Matthews Anglican, we got up early and headed to the Parliament for the National Prayer breakfast. There were 400 guests including many politicians. The Governer General of New South Wales, David Hurlley, gave an excellent address in which he mentioned amongst other

things, the significance of reading Martyn Lloyd-Jones.   Then the Prime Minister, Scott Morrison, spoke openly and warmly of his faith in Christ. Finally the leader of the opposition spoke in more general terms about his appreciation of the faith community and prayer.   I sat beside a Senator who told me that she thought Australia’s problem was that it was in effect, not Christian enough. I found the whole thing quite breathtaking. Can you imagine the same thing happening in the UK – Nicola Sturgeon encouraging us to read John Knox? Boris Johnson speaking of the need for humility and faith in Christ? Jeremy Corbyn reminding us of the need for faith and prayer? It’s a different world!   Incidentally kudos to Leon Hirbar and the City Bible Forum team for organizing the whole event.

On Tuesday I was in Melbourne – speaking at a Bigger Questions lunchtime event in a pub. It was recorded and will be broadcast later (I’ll put up a link when it happens).   In the evening, in the same pub, we had a packed ‘young workers’ event.   I am impressed 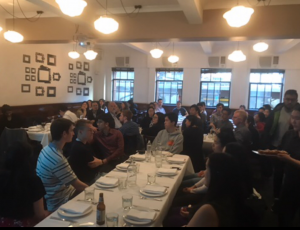 with the ‘Life at Work’ programme led by Andrew Laird and look forward to seeing more of it. One thing I have noticed is the changing demographic. When I attend ‘board room’ meetings the vastt majority of the audience are white, older men. This young workers event the majority were Chinese and female.   Sharon who leads the young workers is a fine example of female Christian leadership. 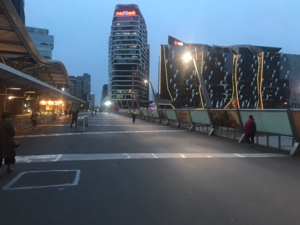 Melbourne is really a wonderful city. At first I was not that impressed but it has grown on me a lot.  There is a buzz about it and I can see why it is regularly in the top five cities to live in the world (along with Sydney!) – it’s a privilege to be able to visit, work and share the Gospel there. 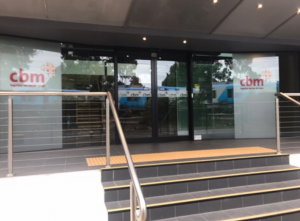 The following day I met with a number of Christian media CEO’s and content producers. Again this was not my natural environment but I found it stimulating and encouraging. In fact once I overcame my preconceptions and prejudices I realized the enormous potential of Christian radio and the significance of this meeting. It is an astonishing statistic that 25% of Australians listen to Christian radio.

Coming back to Sydney also showed another example of the difference between the situation here and in the UK – the Archbishops.   The Archbishop of Sydney Glenn Davieshas been outstanding and clear in his Christian witness – in the face of fierce opposition.  If only we had more church leaders like him! 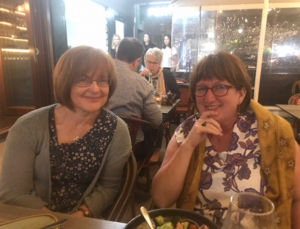 We also had our first visitors from home, John and Marjory Mackay. It was lovely to be with them at our favourite restaurant in Crows Nest – Turka.  It’s great to show friends from home our new home….hopefully they will be the first of many….

Letter from Australia 11 – The Best Things in Life are…?