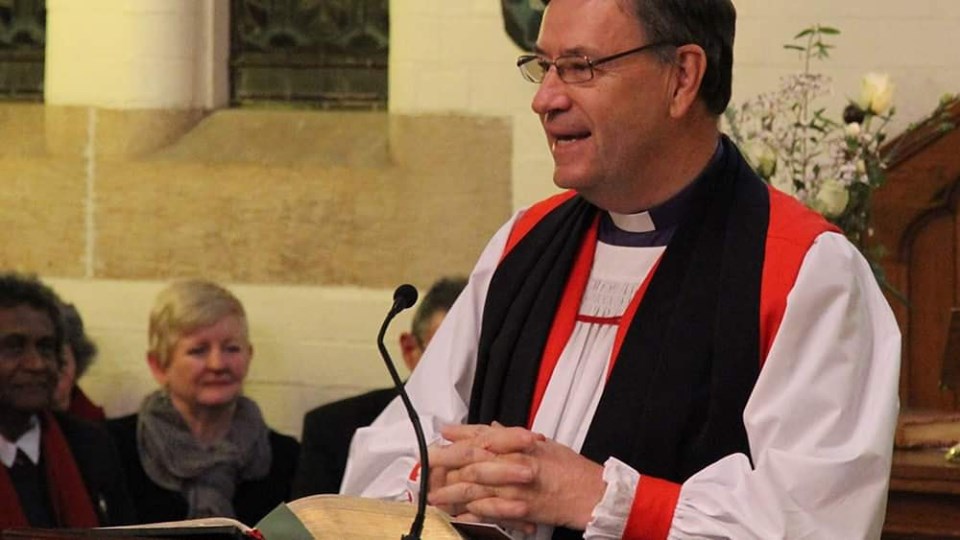 Archbishop Glenn Davies of Sydney seems to have upset a few people – The Sydney Morning Herald along with much of the media are concerned that he is being a bit extreme in his statements.   Judge for yourselves – this is what he said.

“My own view is that if people wish to change the doctrine of our Church, they should start a new church or join a church more aligned to their views – but do not ruin the Anglican Church by abandoning the plain teaching of Scripture.” “Please leave us. We have far too much work to do in evangelising Australia to be distracted by the constant pressure to change our doctrine in order to satisfy the lusts and pleasures of the world.”

The SMH today had an article, an editorial and several letters having a go at Davies.   The tactics are always the same.  Firstly you get a friendly liberal clergyman to state how the conservative view is ‘divisive’ and ‘unloving’.  It’s even better if they indulge in a little character assassination as well.   Then you portray the one side as being ‘unloving’ and judge them for their judgementalism.  Finally, you dogmatically insist that only your view is the tolerant one and worthy of support in modern society and back this up with a series of accusatory and mocking letters.   All this is done by the SMH, without a trace of self-awareness.

“The Archbishop is entitled to his views which he no doubt sincerely believes.  But the Christian church talks a lot about loving thy neighbour.  How does that square with driving out thousands of your own believers who have a different interpretation of one point of the Scriptures?”

Whilst it is nice of the SMH to allow the Archbishop to have his views – I wonder why the secular SMH feels that it can tell the Church what to do and what to believe?    If the SMH were not so self-righteous, smug and intolerant, they would be prepared to allow answers to their accusations framed as questions.   What if we as Christians think the best way to love our neighbour is to follow the teachings of the God who is Love, rather than the ever-changing zeitgeist of our cultural elites?

Is the Archbishop driving out thousands of believers?  Believers in what?  Believers in whom?   Was he not just asking that Anglican teachers uphold Anglican teaching?  As far as I am aware he said nothing about driving out those who attend the churches who may disagree with their stance.    Furthermore this is not just one minor theological dispute about one point of the scriptures.  It is an issue which the SMH regards as fundamental – to the extent that they feel the need to demonise everyone does not agree with their particular interpretation of doctrine.   If the Sydney Morning Herald is allowed to uphold and promote its own teachings why is the Church not permitted to uphold the teaching of Jesus Christ?

As for ‘driving out thousands of believers’ it is precisely the opposite. The compassionate, Christ centred, robust, biblical theology espoused by Sydney Anglicanism is drawing thousands into the Church (millions all over the world) – including this Presbyterian minister who now attends an Anglican Church. The liberal theology so beloved of the SMH is what is driving thousands away. Atheism has slain its thousands, ‘progressive’ theology its tens of thousands!

(Let me add here that the SMH needs to take the beam out of its own eye – their bias, shoddy journalism and virtue signalling intolerance has driven thousands of newspaper readers away from their paper!  Perhaps if they learned to be more equal, diverse and tolerant they could reverse the slide in their readership?!)…

“Australia is a multi-faith society which, indeed, includes people many people of no faith. Without a basic assumption that we can agree to disagree on some issues, it will not work.  This is not the Middle Ages when heretics were burnt at the stake.”

So the question then arises – does the SMH believe the Muslims should be compelled to go against what their faith teaches on SSM?    The irony here is that it is the SMH who are arguing that the Anglican Church should not be permitted to disagree with the liberal doctrines.    Heretics are burnt at the stake (at least metaphorically) in the SMH world.  To disagree with the current morality is to open yourself to being fired in some jobs -and even be prevented from playing rugby!  If a politician dared to disagree with the current zeitgeist would the SMH not be demanding that they be sacked because they were unfit to govern in the modern world?  Would the Twitter mobs not be let loose?

What the SMH means is that Australia is now a one faith society – the secular humanist one – in which many religious faiths are permitted – as long as they bow the knee to Caesar.   Doubtless the SMH sincerely believe their doctrines – but why should they impose them on everyone else?  If they believe in a multiplicity and diversity of views and insist that they must all be accepted within the Church, why won’t they a diverse and equal representation of views in their own newspaper?

But it’s not just the media or the cultural elites.  There is a section of the professing church, who seem more concerned to follow the culture, than to follow Christ.

There’s a redefinition of “Anglican” here that is terrifying and must be utterly rejected. Christianity has always tolerated a range of views. What is being advocated by @abpdavies is a fundamentalist cult.

I was intrigued by this, having  appeared on an ABC radio programme with Robyn.   Is it the case that the picture of Sydney Anglicans being taken over by a narrow fundamentalist cult accurate?

My new-found friend Murray Campbell sums the situation up well in this article.

Whitaker’s use of language here is designed to paint Sydney Anglicans into a religious box where all fanatics and right-wing dangerous religious people belong. The reality is very different. Sydney Anglicans belong to mainstream and historic Christian faith which is practised by many other denominations in this country and across the world. You may not like or agree with the Sydney Anglican Diocese but calling them a cult is intellectually and morally disingenuous.

Whitaker and other ‘liberals’  of course would have no qualms about imposing their fundamental doctrines upon everyone else.  In that, they are hardly liberal. 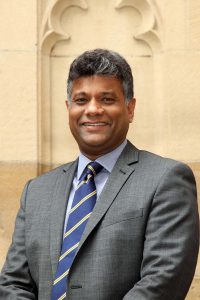 The people who are changing the Anglican Church, and turning it into a neo-liberal cult,  are not faithful Christian leaders like Glenn Davies, Kanishka Raffel    the Dean of St Andrews Cathedral, and my own pastor, Canon Simon Manchester.  They are not the schismatics, because it is only the teaching of Jesus Christ that brings unity..   In reality, it is those such as the Diocese of Perth who are betraying and changing the Church.  They have just voted to remove the words “in sex outside of marriage” from their code of conduct for clergy and church workers.  Doubtless for this ‘liberal’ attitude, they will be lauded by the SMH, which is perhaps the intention.  But what Jesus thinks about it is given little thought.  Who cares?

It is astonishing that those who wish to uphold the teaching of Jesus on sex, marriage and sexuality are accused of breaking the Church, whilst those who deny the teaching of Jesus are lauded as the unifiers of the Church.  I have personal and bitter, experience of what these ‘unifying, loving ‘liberals’ do once they get power.  They are by far the most exclusive and vengeful group.

Davies is right to face square on the challenge and intolerance of the liberals as they attempt to destroy the Church of Jesus Christ from within.  Would that Justin Welby and other Anglican leaders would show the same courage, compassion and integrity!

But the real challenge that Sydney Anglicans, and other faithful Christians face is not the attack from outwith, or within, on the issue of ant-Christian teaching on marriage, sex and sexuality.  The real challenge is in the Archbishops words about not being ‘distracted from evangelism’.  That has to be our priority – proclaiming the Good News of Jesus Christ faithfully to all and sundry.  This week in Canberra, Melbourne and Sydney I have seen great opportunities for us to get on with the task the Lord has given the Church.  Without the ploughing of the ground and the sowing of the seed, there will be no reaping of the harvest.  We do well to remember that those who sow in tears will reap with songs of joy (Ps 126).  There is much weeping over Jerusalam (and Sydney, Melbourne, Adelaide, Brisbane, Perth, Canberra, Darwin and Hobart!) still to happen….But a heart that weeps, combined with bodies that worship, minds that think and wills that obey – will yet result in a harvest of great joy.  Let’s not be distracted from this great task and hope.