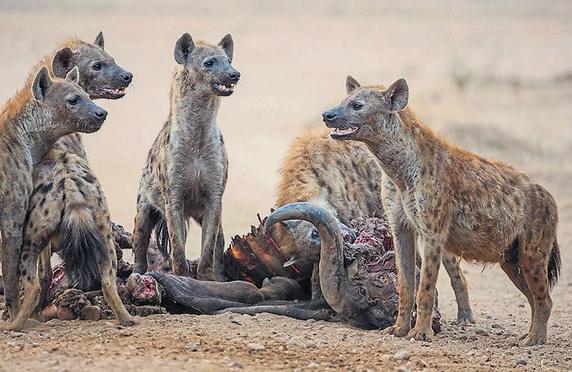 Hardly a week goes by without news of yet another fallen leader, another Twitter spat between Christians and a depressing sense of déjà vu as the latest evangelical scandal hits the headlines. For those of us who are on the inside and involved in Christian leadership there is a dread of much more. The gossip and backbiting is poisonous.

The ‘nice’ evangelicals attack and undermine – in a ‘nice’ way. When Marty Sampson of Hillsong became the latest celebrity Christian to announce on the Internet that he was renouncing his faith, the knives were out. Not so much for him (although that too happened, with some Christians who don’t like Hillsong hardly able to contain their schaedenfreude), but for anyone who dared to suggest that giving up your faith on Instagram on the basis that no-one ever talked about issues such as hell, suffering and science, might not be the smartest move; there was nothing but condemnation. I was asked by Premier to write a response to Sampson’s public renunciation. Not knowing Sampson, I wrote a letter that only dealt with the points he had publicly made. I tried to do so in as gentle a manner as I could. But for some it was not enough. I received a tirade of condemnation from those who say it is wrong to condemn.

In today’s evangelical world there had to be a ‘balancing’ article. So someone wrote about how unkind and insulting I was and suggested that Galatians 6:1 should be applied: ‘Brothers and sisters, if someone is caught in a sin, you who live by the Spirit should restore that person gently. But watch yourselves, or you also may be tempted.’ Of course it should.

But the selective quotation of Scripture is something which, to use a good Scots phrase, ‘does my head in’! Paul writes a letter to the Galatians to express his ‘astonishment that you are so quickly deserting the one who called you to live in the grace of Christ and are turning to a different gospel which is really no gospel at all’. He then goes on to say that if anyone is preaching a different gospel they should be under God’s curse (Gal. 1:6-9). Was this being kind or nice? Should Paul be condemned for condemning or was he really demonstrating love to the brothers and sisters by seeking to protect the gospel? He did not give into them for a moment, so that the truth of the gospel might be preserved (Gal. 2:5). You do not show love to the ‘brand from the burning’ if you just stoke the fire.

But then there are the nasty evangelicals. They also seek to attack and undermine. At the same time as the Sampson story was unfolding, Ed Shaw was visiting my city Sydney. Ed is an Anglican vicar who describes himself as same-sex attracted and is the author of one of the best Christian books on sexuality, The Plausibility Problem: The Church and Same-Sex Attraction. As a leader of Living Out he has been a faithful proclaimer of Christ. But this did not stop the Twitter attacks when, in a Gospel Coalition interview, he spoke of Christ as the God Man knowing what it is like ‘for people to struggle with their sexualities, identity and gender’.

It’s not so much the discussion but rather the manner in which it was conducted online which so distressed me. It was like a pack of hounds circling their wounded prey. None of this ‘gently instructing those who oppose you’ (2 Tim. 2:25). There is no subtlety or nuance for those to whom every jot and tittle of doctrine is as vital as the Trinity and who give the impression that they are just looking for another way to publicise or push their own agenda.

I suspect that these attitudes stem from our basic idolatry. The church has become syncretistic, merging the beauty of Christ with the idols of our age; money, power, sex and glory. The Great Evangelical Scandal has come about because we imbibe the cultural sea in which we swim – much more than we realise. And I include myself amongst those who at times feel like we are drowning in the swamp. To speak the truth in love is not easy. The only way out of this is to have both corporate and individual repentance, renewal and reformation. Perhaps it is only when we realise that all our philosophies, plans and programmes are useless without Christ that we will be brought to our knees. Meanwhile I’m off to take the beam out of my own eye…

David Robertson is the Director of Third Space in Sydney and blogs at http://www.theweeflea.com

The Return of the Celebrity Pastor