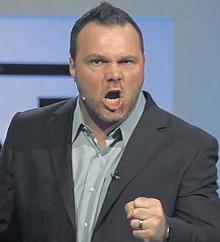 This months column in Evangelicals now.

Mark Driscoll is back. For some that sentence speaks of a nightmare. For others it is something to be welcomed. Others will ask ‘Mark who?’ – thus demonstrating that celebrity pastors can have as short a fame lifespan as reality TV stars.

I met Mark in 2008, in my first stint as editor of the Record. He was the rising star of the New Calvinism and one of the first to be perceived as a celebrity pastor. A superb communicator, he offered hope and encouragement to those of us who wanted to see the presence of a robust but contemporary Reformed theology in the market place – although his unhealthy obsession with Song of Solomon (which he seemed to perceive as a sex manual) and his reputation as the ‘cussin’ pastor, did cause some concerns.

His fall was spectacular…accused of bullying and plagarism, as well as using church money to promote his book onto the bestsellers list, he was removed from Acts 29 (which has gone on to thrive) and his Seattle Mars Hill megachurch collapsed. He resigned in 2014. Pride went before his fall.   However, he has moved to Arizona where he is the founding pastor of Trinity Church.   He now has Mark Driscoll ministries where you can ‘Ask Pastor Mark’, get daily devotions from ‘Pastor Mark’ and even more amazingly get lessons in leadership from ‘Pastor Mark’, the failed leader.   You can also give to Mark Driscoll ministries and buy Mark Driscoll books.

But now Driscoll, as he seeks a new tribe, seems to have turned against his old one; the ‘young, restless and reformed’.   In a recent interview he scornfully declared, “I don’t hold with the five points of Calvinism – I think its garbage”.

” Reformed theology is I have a dad who is powerful, in charge, not relational, he lives far away, and don’t get him mad because he can hurt you”

“Then they pick dead mentors, Spurgeon, Calvin and Luther – these are little boys with father wounds who are looking for spiritual fathers so they pick dead guys who are not going to get to know them or correct them”.

It’s deeply saddening to read such language from any Christian pastor, let alone one who considers himself to be a teacher of others and a father figure.

I regularly read Calvin, Luther and Spurgeon.   I suspect that anyone who argues that they present a cold and distant view of God has read about them, but has not read them. Or they are so obsessed with making a point and getting their own view imposed that they invoke a reinterpretation of the Reformers and Puritans that would make the most ardent post-modernist blush!

But where Driscoll’s comments really have the potential to be harmful, and indeed border on blasphemous, is in his views of the love of God. Contrast Driscoll with one of those dreadful dead Reformed guys, John Owen; whose depths of insight into the Fatherly love of God, are beyond anything I have known, and way beyond the shallow, soundbite, shock-jock language that Driscoll employs.   Owen in his Communion with God describes the doctrine of the love of God as the foundation of everything – and the reason for our obedience and holiness.

Driscoll’s crass disavowal of his previous theology and his bitter language, cause a great deal of personal distress and even doubt. How can someone who sounds at times so humble and is such a good communicator, and seems to have such a love for Jesus, be so wrong?   At times he seems to have an attitude of humility and repentance but then blows it in the next breath. For example, he states “I have no right to criticise others’, before going on to criticise others.   He reminds me of an abusive husband, who says sorry to his wife (and probably means it) but the next time (and there always is a next time), he beats and abuses her again – before saying sorry again and repeating the pattern.   Driscoll is not an abusive husband, but he is an abusive spiritual teacher – one who seems to keep repeating the same mistakes.   For the many young (and not so young) men who have benefited from his ministry in the past – we feel the pain, but we must not be sucked into his orbit again.   We don’t need charismatic (in the non-theological sense of the word) entertaining self-promoters. We need Christ.

John the Baptist said, ‘I must decrease, He must increase”. Leaving aside Pastor Mark, I find that for myself, the biggest problem in Christianity is precisely that – my self. I am naturally inclined to be ‘me’ centred. For it to be ‘all about Jesus’, I have to get out of the way – but I keep getting in the way. The Lord does not need us to fulfil his ministry. We need Him. It is a privilege and joy to serve Him, not his joy and privilege to serve us.   Let us never forget that it is really All about Jesus.