Language matters. Last week a young woman, Michelle Dunn, was stabbed to death in Sydney. This young woman was described as a ‘sex worker’. This is now the ‘correct’ terminology for prostitution. Does that matter?

The Sydney Morning Herald carried a revealing series of reports on the nature of ‘sex work’ in the city.

Michelle was a student who also operated as a sex worker. There are a significant number of female students who share her lifestyle – some start working in brothels even before they leave school. Taylor Tara, a sex worker who is also an author has described why some, and how, some get involved with this.

One brothel owner declared: “I’d say around 20-30 percent of our girls are uni students, working to pay the rent, HECS and whatever a girl needs, because it is a materialistic world in which we live.”

Another area of concern is that of ‘sugar daddies’ where older wealthy men essentially purchase young girls. There are websites dedicated to promoting this ‘business’.

But, as Christianity declines, Christian values are no longer the foundation on which society is built and so as new values and norms are being established, new language is needed to help with that process.

This is a problem throughout the world. In the West it has largely been the case that ‘sex work’ is known as prostitution – not work. But, as Christianity declines, Christian values are no longer the foundation on which society is built and so as new values and norms are being established, new language is needed to help with that process. All of this is a process which has consequences.

In 2016, at the Cheltenham Science festival, two academics presented the idea that working as a prostitute was no different to working in a bar. The professors had been granted half a million pounds of National Lottery funding to conduct a three year study of 6,773 students. They found that a significant number of sex workers were male students and that 22% of students were considering sex work.

At the 2016 Lib Dem conference, councillor Dennis Parsons suggested that schools’ careers officers should be allowed to promote prostitution as a viable career. In comparing prostitutes with accountants, Mr Parsons went on to say “even in this room full of liberals we have got a huge cultural problem that we do see sex work as different, and we see it as something a little bit tacky, and not quite nice, and not the sort of thing that we would want our sons and daughters to get involved in.” Delegates at the conference were also told that decriminalizing prostitution would raise £1bn per year for the treasury in taxes. 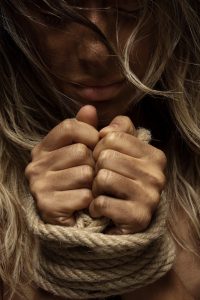 This is where our culture appears to be going. Young people selling their bodies for sex is now being promoted as ‘work’ and a career. We talk about the exploitation of women and applaud the MeToo movement, while at the same time permitting and encouraging young women to be purchased and exploited by older men. We abhor slavery and yet our obsession with sex and sexual ‘freedom’ has resulted in the re-introduction of the slave trade in the UK – with some estimating that there are 20,000 sex slaves in the UK alone. The Christian politician William Wilberforce fought over many years for slavery to be abolished – now our de-Christianised society is reintroducing it.

Does it have to be this way? Sometimes there are glimmers of light. In 2017, much to some people’s surprise, the SNP conference voted to change prostitution laws by criminalizing those who pay for sex, not those who sell it – following the Swedish and Northern Irish models. The SNP’s decision drew criticism from some sex worker organisations, who said that full decriminalisation was the only way to ensure the safety of sex workers. The Scottish government has yet to follow up on this motion, but it is at least a proposed step in the right direction.

Christians, following Christ’s example, should care for those engaged in prostitution, rather than despise them. It is because we care that we must refuse to go along with the new terminology that seeks to excuse and justify prostitution. Christians have a high and holy view of sex. We do not regard it as work – nor are our bodies to be sold to the highest bidder in order to satisfy the lusts of those who have more money and power. Sex is not work. Prostitutes are not sex workers. Prostitution is not a career option that should be taught in schools or practiced in universities. Prostitution is a form of slavery – one that often leads to other forms of slavery. It should go without saying, (although sadly it appears as though it still needs to be said) that Christians should be opposed to slavery and especially to those who purchase sex slaves.

We also need to consider how we live in a society where sex, money and power are the idols that are worshipped. It is shocking to hear of middle-class students who become prostitutes in order, not to provide for basic necessities, but to fund a materialistic lifestyle, an illusion sold to them by culture and advertisers. If you really believe that life is not worth living without lots of money, then you will do almost anything to obtain that money.

Then we must realize that we too are in a sense, slaves – “Do you not know that your bodies are temples of the Holy Spirit, who is in you, whom you have received from God? You are not your own; you were bought at a price. Therefore honour God with your bodies.” 1 Corinthians 6:19-20.

We don’t sell our bodies because we have already been purchased by Christ. This is the servanthood of sonship…raising us to a level that we cannot even imagine! The great news we have for those who have sold their bodies is that there is also redemption for them. Surely rather than justify prostitution by using the language of the deceivers, perverts and exploiters, we should use the language of the Gospel – to preach the Good News to those who as yet do not know their own infinite worth!

Note:  Often when articles are written about prostitution they are accompanied by glamourous photos.  I struggle with that because prostitution is not glamourous – indeed the very opposite – it is degrading and demeaning.  ‘Pretty Woman’ is a delusion.