This is our first Third Space article on the City Bible Forum website.  YOu can view the original here….

It is an interview with my colleague Steve McAlpine….about the hot topic in Australia just now – Israel Folau.. 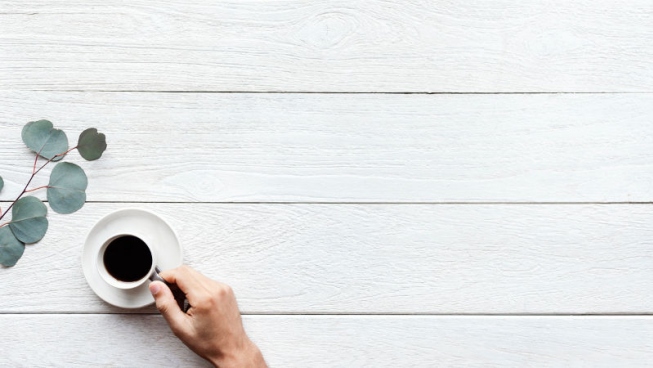 Scottish pastor, broadcaster and author David Robertson has moved to Australia to lead a City Bible Forum national initiative called Third Space. The Third Space team will include Perth pastor and writer, Stephen McAlpine. The initiative’s brief is twofold: to help Christians and churches to find the third space between church and culture where they can have gospel conversations, and also to be a third space itself, a place that interacts with those who are not Christian who have questions about Jesus, the Bible, the church and the Christian faith in general.

Stephen had a chat with David upon his arrival in Australia to find out what his approach would be to the task of reaching people for Jesus in what can be confronting times for the gospel.

Steve: So, David, we live in a hardening secular culture with the result that we often privatise our faith through self-censorship. Yet we’ve experienced a big “hairy” public faith issue these past months with the Israel Folau controversy. Many people feel this is a good opening for a faith discussion at work. Others feel it’s a distraction, and an unhelpful one at that. What are your thoughts?

David: It’s been strange coming here and seeing how engaged the church and the culture are with the Folau case. I suspect that some see it as a litmus test. I’m not convinced that it is that great an opportunity for a discussion about faith at work – or at least no more so than any other event. And there may be pitfalls in entering into that discussion – because although we might regard it as being about religious freedom – others will see it as being anti-homosexual – which is not the real issue.

S: What threads need untangled in this debate? Is it primarily about religious freedom, freedom of speech, office politics etc? How would you break it down?

D: The important thing here is the language. Yes it is about religious freedom – but it sounds like we are just asking for freedom for ourselves. It would be easier and come across better if we were defending the freedom of someone we disagreed with! We need to recognise that this is a minefield – because important as religious freedom and freedom of speech are – it is, or should be, a self-evident truth that even these freedoms have limits. For example, if my religion said I could have four wives does that mean I don’t need to keep the law on bigamy? What if my religion involves child sacrifice? What if my freedom of speech is being to libel, harm and shout fire in the crowded theatre? The difficult question is where does the balance lie? My contention would be that the kind of liberal democracies developed by Western societies, largely because of Christianity, is the best we have yet seen. That’s why in these discussions I tend to go bigger picture.

S: You’ve spent a lifetime in Scotland, a country that is ahead of Australia in terms of hard secularism in the public square, particularly on the issue of sexuality. How would you/have you used similar situations as Israel Folau to segue to a gospel discussion, or is it even possible?

D: I probably wouldn’t have. There are too many barriers to get over. Besides which we need to be careful in putting all our eggs in one basket. There are things I would disagree with about Folau – for example his Christology and anti-Trinitarian views mean that he could not be considered a Christian teacher. My view is that we should defend his right to speak, without necessarily agreeing with everything he has said. The biggest threat comes from those who would use this, and other incidents like it, to curtail the preaching of the Gospel, or to intimidate Christians into silence at work. But for us we need to be as wise as serpents and harmless as doves.

On reflection – perhaps I might ask what people thought of the situation – if I had plenty time to cover the bases. For me this is more an after work lengthy drink conversation, than a short water cooler sound bite….

S: What should be our long term tactic when it comes to gospel conversations in the workplace?

D: My long term tactic is to be the best employee I can be – and to do my job to the best of my ability – as though doing it for the Lord. This will then lead to people asking questions and discussing what is important to them – which inevitably leads to me saying what is important to me. So the question then becomes – what do I love? What is important to me? If Christ is ‘set apart in my heart as Lord’ then I will be asked and will find it a lot easier to give an answer/reason for the hope that is in me (1 Peter 3:15-16). I am quite concerned about seeking to create ‘fake’ opportunities to speak the Gospel. I would rather they were natural (or on occasions – supernatural) – not manufactured out of a guilt complex.

S: What would you say to city workers who want to share the gospel, but are either too nervous to do so, or don’t want to fog the issue with distractions such as the Folau matter?

D: Think about, and learn to identify, the doors, or windows, of opportunity. Don’t pressure or push people. Don’t treat them as projects. Love them and talk to them about what they love – in most cases that is only ever a couple of steps away from the really good news. If you show a genuine interest in people, they will usually be interested in you. And most of all pray for people. Its an old but good cliche. It’s good to talk to people about the Lord. It’s even better to talk to the Lord about people. We should of course do both – as we are given opportunity.

S: Can you tell us a story about a great gospel workplace conversation you have heard about?

D: Yes. I think of a Christian social worker who asked people in her office to stop talking about religion, because it was becoming do divisive and counter-productive. That actually had an impact because people saw that this was not just a debating point for her – but something that was deeply meaningful. As a result when she invited some of her colleagues to witness her daughter’s wedding, a couple of them turned up (reinforced by some Dutch courage so that they could enter the church). They loved the sense of community and the singing. A while later another colleague started coming to church and became a Christian. This was not the result of one Big Bang conversation but rather years of patient witness and Christian living. I find that the Lord often uses the ‘drip, drip’ effect, rather than the big explosion. There are many stories I could tell about workplace witness. The point is that all of them would be different, none of them could be put into a formula and all of them were Christ-centred.

S: What role does the church play in equipping people for evangelism in places such as work?

D: The Church should always be equipping its people – but remember that the church is the people. I have a little reservation with the question – because there is a danger that it works from the premise that evangelism is a method that we employ occasionally. I would argue that we are always to be ready. What the Church can do is help prepare us by helping us to understand both the Bible and the Culture. Also it is vital that we belong to a vital and living church – because then we have a community to invite people to where we know they will meet Christ. In other words, the church is essential.

S: What can we be optimistic about when it comes to evangelism?

D: The gates of Hell cannot prevail against the Kingdom; God’s word will not return to him empty; Those who sow in tears will reap with songs of joy; the Holy Spirit; and the Promises of Jesus.

S: What might we need to be careful about?

If you’re interested in what Third Space is about, or you wish to use its services, there will soon be a website with heaps of helpful material for helping you navigate the space you’re in when it comes to evangelism in our modern culture.