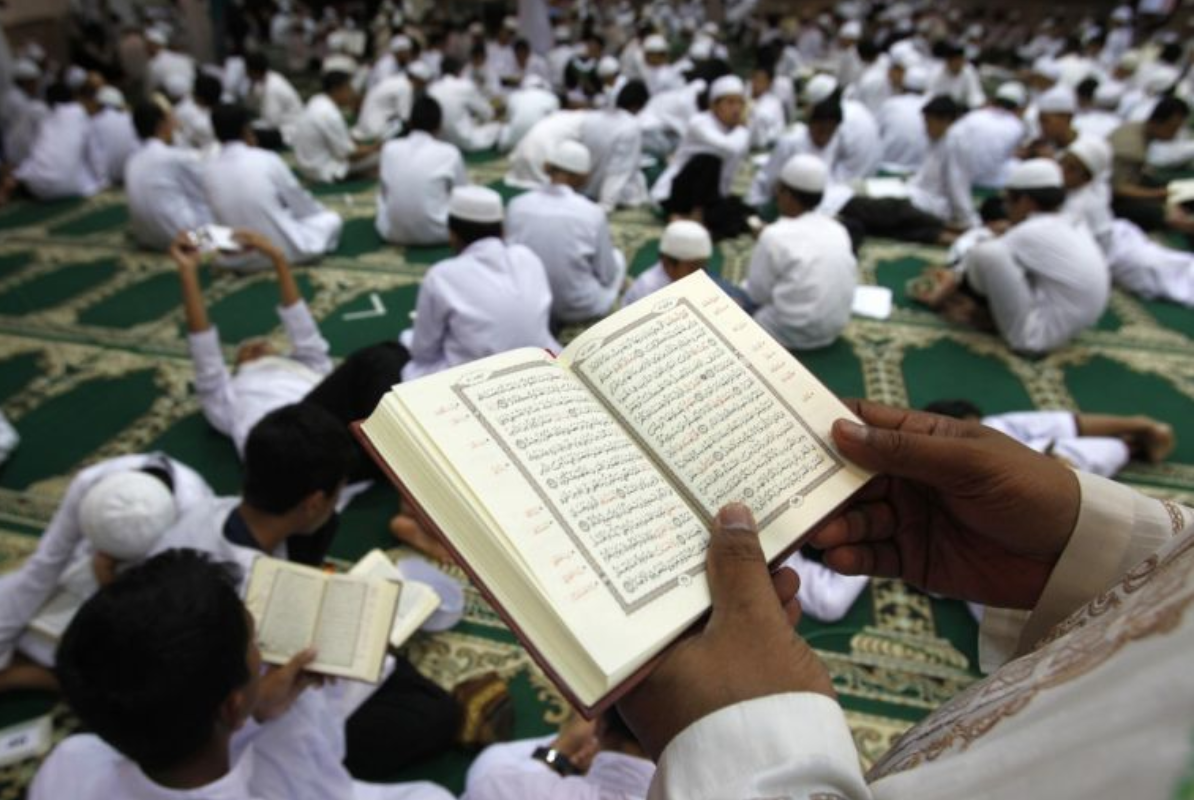 It was a touching moment. On our last evening in our home of the past 27 years, our Muslim neighbour came in to say goodbye. She thanked us for being good neighbours and apologised if in any way her family had done anything wrong. I was moved at her tears and compassion. I don’t think it is ‘racist’ of me to say that I have always enjoyed having Muslim neighbours and would be happy to have them again.

But why bring up racism? Because according to the UK government’s working party definition, “Islamophobia is rooted in racism and is a type of racism that targets expressions of Muslimness or perceived Muslimness.”

Because Islamophobia is considered to be as irrational, immoral and harmful as racism. That may be correct, but first of all we do have to ask what Islamophobia actually is.

The working group’s definition was rejected by the UK government. Thankfully. Because if the definition had been accepted, it could have resulted in making any criticism of the doctrines and practice of Islam illegal. I have read the Koran and I find some in it that is fine and good, but much that is frankly dreadful.

For example, I don’t think that the death penalty for apostasy from Islam is appropriate for society today. Nor do I accept polygamy. Nor do I think it wrong to disagree with and critique verses such as “Kill the idolaters wherever you find them, and capture them, and blockade them, and watch for them at every lookout…” (Quran 9:5).

The definition of Islamophobia as proposed by the working group would create a new blasphemy law within the United Kingdom. A blasphemy law enforced by secular liberals in defence of a religion that would destroy their values.

The Scottish Parliament, never slow to signal its own virtue as regards ‘progressive’ causes (of which Islam is apparently now one), has accepted the working definition and set up its own committee to deal with the problem of Islamophobia.

The parliament’s own website tells us what this group is going to do: “The group recognises that the issue of Islamophobia presents specific challenges that have received relatively little attention in the Scottish context. It will seek to monitor the issue of Islamophobia in Scotland and develop strategies for tackling it. The group’s main purpose will be to inform Parliament of the work that it does in the hope of increasing awareness about racism and Islamophobia in Scotland and to ensure such matters are engaged with where necessary in policy and practice.”

The parliament’s committee has set up an ‘inquiry into Islamophobia’ – helpfully providing a tick box form which enables people to agree with their predetermined result that Islamophobia is a growing clear and present danger in Scotland today. Questions guide the form-filler – questions such as “What barriers, if any, do you think Islamophobia causes in Scotland? (please specify)”.

In reality the form is saying, please help us by reporting as much Islamophobia as you possibly can.

What is the Christian response to this?

Firstly, I do not accept the illogical and degrading idea that Islam is a race. Islam is a religion, which people are free to choose to follow if they wish, and which they should be free to leave and free to criticise as they wish.

Secondly, we do not regard being critical of some of the doctrines and practices of Islam as being in any sense ‘phobic’. As Christians, we fear no one but God.

In the United Kingdom today, there are many Muslims, especially from Iran, Syria and other wartorn countries who have become Christians. Some face great danger, not least when the Home Office refuses to recognise they would be in real trouble if they returned to their home countries.

Some face ostracism and persecution within this country. We would hope that just as the politicians show great concern for Muslims who are victims of hatred because of their faith, they would show the same concern to defend Muslims who wish to change their faith. Will there be government committees and programmes to deal with Christophobia?

Thirdly Christians need to seek to learn about and understand Islam in its various forms. Another Muslim friend told me when I entered his home – “I like you David – you are a fundamentalist like me!” What he meant was that we were both people who believed and practised our faith. As such we both understood that religion is not race, culture or nominal. Perhaps it is real Christians who are far more likely to understand and help real Muslims, than the secular Humanists whose doctrines prevent them from understanding?

David Robertson is Director of Third Space – a project of the City Bible Forum in Australia.

This article was published on Christian Today – you can get the original here..

Why Christians Should Support the Birmingham Muslims