Yesterday I was asked to do an interview on Talk Radio on the subject of teaching same sex relationships on behalf of Affinity.   I agreed to do so – somewhat reluctantly – a reluctance that was multiplied when I discovered that the ‘interviewer’ was John Nicholson, the former SNP MP.  We have form.  I challenged him as regards his prejudice when he tried to call the Free Church the Tartan Taleban   That even ended up as an article in The Daily Mail.

So I approached the interview with a certain amount of angst.  I know John’s reputation 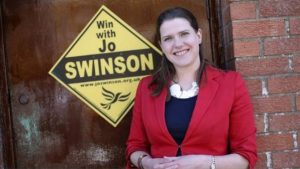 (Jo Swinson, the deputy Lib-Dem leader only last week received a cheer when she described him as ‘odious’ at their conference.  Personally I don’t think that is helpful language for a politician to use – although I can understand her frustration).  My worst fears were confirmed.  It was a dreadful interview.  And I came away quite depressed about it – not so much because John was as I expected him to be, but because I honestly felt that I had got it completely wrong and that I was unwise, too aggressive and just did not help the cause.  Sometimes I have to get down on my knees and repent to the Lord for getting it wrong.  Last night was one such occasion.   I hope I live and learn from my mistakes.

I was so furious with myself, and somewhat ashamed, that I thought I would not follow my usual practice of posting all interviews on here.  But that would be wrong.  Have a listen and judge for yourselves. 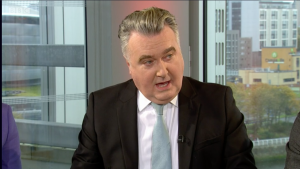 John constantly interrupted and had no interest at all in hearing any other point of view.  In effect he wanted to interview himself and just me as an excuse to vent his own prejudices and hatreds.  The continual interruptions were annoying but I should probably not have returned like for like.

The fallacies, both logical and factual, were breathtaking.  But they do help us understand the irrationality of the modern ‘liberal’ mindset.

He set up a strawman.  Surely it seems “eminently sensible  to teach kids about relationships by all kinds?  Who wants to “prevent teaching about love because we need more love in the world”?    In setting up the issue in this dumbed down and prejudiced way he was not better than the person who asks ‘why are you such an idiot’?!  He has completely pre-judged the question.   What is love?  How should it be expressed?  What relationships should our society encourage and accept?

When I pointed out that parents had a human right to have their children educated according to their philosophy and beliefs he seemed to be unaware of human rights legislation and then went on to equate that with teaching in a science class  that dinosaurs and human beings were on earth together!

Some of the relevant legislation:

Article 18 of the Universal Declaration of Human Rights “Everyone has the right to freedom of thought, conscience and religion; this right includes freedom to change his religion or belief, and freedom, either alone or in community with others and in public or private, to manifest his religion or belief in teaching, practice, worship and observance.”

“In the exercise of any functions which it assumes in relation to education and to teaching, the State shall respect the right of parents to ensure such education and teaching is in conformity with their own religious and philosophical convictions.”
First Protocol, Article 2

“.. education authorities shall have regard to the general principle that, so far as is compatible with the provision of suitable instruction and training and the avoidance of unreasonable public expenditure, pupils are to be educated in accordance with the wishes of their parents.”

If you want to know where the new authoritarian state is going then Mr Nicholson shows you the way:  “society as a whole has certain restrictions on what parents can teach children during the day”.

“Can’t impose on other human beings your very narrow beliefs about what constitutes human sexuality.”   The lack of self awareness is evident.  Because John is doing precisely that.  It’s his philosophy.  Except he argued that it was not a philosophy (although it is what he believes).  For him it is just the truth.

Having failed with that one he then moved on to experience,  and asked if I was gay.  Apparently the relevance of this was that he wanted children to be taught according to his experience.  I don’t think his experience (or indeed mine) should be the basis for educating all children.

John then tried a different approach.  We should just teach the law.  When I asked him if he would have supported that approach when SSM was illegal he refused to answer.

When I suggested that he should also teach the experience of those who had been gay but had changed he started going on about conversion therapy.  I pointed out that I was not speaking about conversion therapy – just about people who had changed.  He just simply denied that that was possible – despite the fact that there are a great number of people who can be cited as evidence.  But his beliefs cannot be questioned – by any amount of evidence.

And then in the most bizarre twist I have ever experienced in an interview John decided to ask the killer question.  “David – have you ever wondered why your church has declined?”  What does that have to do with the question we were discussing?  And it was completely false.  I had just come from a morning service where we had the largest communion we have ever had – packed downstairs and a large number up in the balcony.  And the Free Church has actually grown.   (John repeated his ignorance at the end of the interview – “The Free Church is the third smallest church in Scotland” !).  Leaving aside the factual inaccuracies – it was a completely bizarre and irrelevant question. 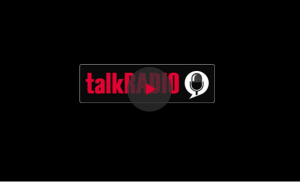 He finished by suggesting that it was ‘a bit more tetchy than we are used to’.  Well that was because I refuse to be bullied and intimidated by an interviewer who wants to control the interviewee. I dislike smug, superficial and self-righteous interviewers – but sometimes I dislike myself even more!   It was an odious interview – but I did not handle it well and for that I apologise to those of the Lord’s people who I feel I let down.   It’s part of the danger of putting yourself on the line.  Sometimes your ‘self’ is shown up to be not that great!

It was a relief this morning to be able to do Premier’s ‘Ask Any Bible Question’ this morning (probably put that up tomorrow)…It was like being let out of the sin bin and given a second chance!  God is gracious and merciful.

Maybe I should just stick to the podcast?!