Each week this review looks at different aspects of culture

I have reviewed this film in more detail for the Spectator (in Australia) and will post it when they publish it next week.  But for now let me summarise it in this way – This is a shallow, superficial and silly film – its not suitable for Christians (or anyone)  because of its explicit sex scenes. This is a quote from the review

I want to see a film about Mary Queen of Scots, the 16th Century and all the complexities involved. I don’t want to see, as another reviewer put it, “a woke queen, spouting proto-feminist dialogue, keeping a racially diverse court, embracing all religions and her courtiers’ gender fluidity.” 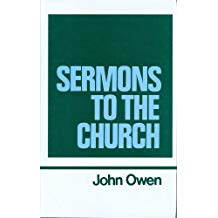 This has been my companion for the past three months.  It is, as it says, a book of sermons to the church.  It is typical Owen.  Needs to be read slowly and thoughtfully.  I found it incredibly helpful and as always with Owen, it brought me Christ.  Again I will write a fuller review but here is a taster:

“Some write of how little use the person of Christ is in religion; – none, but to declare the doctrine of the gospel to us.  Consider the preaching and talk of men.  You have much preaching and discourse about virtue and vice; so it was among the philosophers of old; but Jesus Christ is laid aside, quite as a thing forgotten; as if he was of no use, no consideration in religion; as if men knew not at all how to make any use of him, as to living to God” (p369).

It is unusual to have both a post series and a prequel being as good as the original series.  I loved Inspector Morse and have all of them on a box set.  I thought the follow up – Lewis’ would be useless and didn’t initially bother – but when I did I thought it was as good as, if not better than the original.  Endeavour is a prequel to Morse – it has been so successful (watched by millions) that it is just about to enter its sixth series.  Set primarily in Oxford, the young Morse played superbly by Shaun Evans, develops his career as a policeman.  This is intelligent and thoughtful drama at its best.  The setting, acting, writing, character development and plots are of the highest standard.  For me the icing on the cake is the music by Barrington Pheloung.

all of them – but Brendan O’Neills new podcast  is one.  Every one of the five episodes so far has been outstanding.  Lionel Schriver, Rod Liddle, Jonathan Haidt, Tony Abbott and Toby Young were all fascinating interviews.  There is a great deal to learn about your society and a great deal of wisdom.  Always stimulating, insightful  and with much to disagree with as well.  Highly recommended

Out of the Wind, Into the Sun (1977)   is an album that I still have on vinyl – as well as on CD and digital.  I never get tired of listening to it – and this track, the Maids of Mitchelstown, is still chills and moves me.

I use TripAdvisor and contribute towards it. I find it helpful to read what others say about restaurants.  Of course Edinburgh is full of good places to eat – but when I go through to Presbytery or to the Scottish parliament we like to meet up for a quick ‘tea’.  Berties is a new ‘fih ‘n’ chips’ restaurant on Victoria St, literally just across from St Columbas.  I visited here for the first time this week with Bob Akroyd and Roger Carswell.  Here is the Trip Advisor review:

This is a new restaurant – just off the Royal Mile and very handy for me as I sometimes work at Edinburgh Theological Seminary/the Free Church offices on The Mound. We came here before a meeting and it was excellent. The ambience and decor are great. The fish and chips (especially the chips) were some of the best I have ever had. And the service was outstanding – as an evangelist of the Christian Gospel I know what good news is – and I know that it really helps if you want to communicate that news if you actually believe it. The staff here were very enthusiastic about their product and clearly believed in it. I’ve forgotten their names but they are one of the reasons I hope to return soon….very impressed.