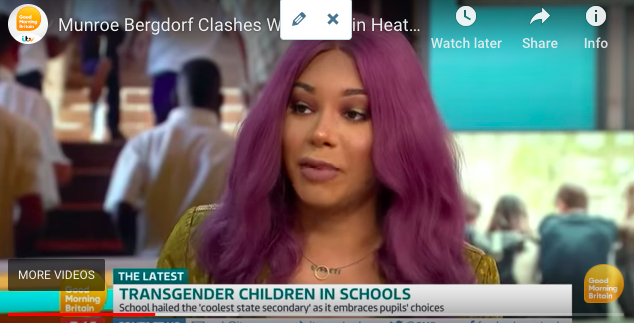 Well that accelerated pretty quickly – as soon as I feature Melvin Tinkers That Hideous Strength – he gets banned from preaching at the CU carol service in Derby (see this weeks Quantum)!  Not that I am claiming direct correlation – but it will be interesting to see what happens after our second look at the book!  Before we do that have a look at this short video in which Melvin summarises the premise behind the book.

In chapter 4 Melvin identifies something that is absolutely vital and yet which many Christian leaders seem to be either unaware of, or reluctant to deal with.    It is also something which our politicians seem ignorant of, or indeed powerless to deal with (although there are a handful such as Patrick Harvie and the Greens who know precisely what is happening).

In this chapter Tinker superbly summarises what has happened to the West on the issue of sexuality by describing the Gramscian strategies used by those who are opposed to a biblical world view.

A vital book in this was Kirk and Madsens’ After the Ball: How America Will Conquer its Fear and Hatred of Gays in the 90’s.  Kirk and Madsen combined psychiatry and public relations expertise to set out their strategy.    They advocated a gradualist approach (getting your foot in the door) before going on to use three ploys.

As Goebbels knew there were three characteristics to propaganda  – rely on emotional manipulation, use lies and be subjective and one-sided.     Kirk and Marsden saw the church as the major obstacle and so should be attacked and undermined in every way possible (although I would suggest that the church had already been undermined by the presence of false teachers who were only too happy to go along with the worlds agenda).

“Christians are always more culturally short-sighted than they realise.  They are often unable to tell, for instance, where their Christian principles leave off and their cultural perspectives begin.  What many of them fail to ask themselves is, ‘where are we coming from and what is our context?” (Os Guinness)

The gay lobby has been remarkably successful – using all the main cultural transformers – including the media and education.

Tinker notes that popular series which promote sexual promiscuity and infidelity, such as Desperate Housewives and Sex in the City were all written by gay men.   In 1996 the gay writer David Ehrenstein wrote that there were openly gay writers on almost every major prime time situation comedy you can think of – Friends, Seinfeld, The Single Guy, High Society and many others.  He wrote;” In short – when it comes to sitcoms, gays rule”.  The issue is not so much the issue of homosexuality, but rather the issue of sexual promiscuity.

(I note in passing that someone contacted me to tell me that in their media studies degree in a UK University – 20 out of 25 in the class were openly gay).

The other big area of influence is education.  Lesbian activist Patricia Warren notes :  “Whoever captures the kids, owns the future”.     Tinker cites the ‘Educate and Celebrate’ movement which like all such organisations is a charity which relies on government funding – and which seeks to ensure that all schools have LGBTI education and activities.  There are numerous examples of the kind of propaganda being fed to our children, from the TIE campaign in Scotland to Drag Queen Story Time.  Watch this video where one such Drag Queen admits that “this is the grooming of the next generation”

But as well as promotion of one point of view – there is the attempt to silence the other point of view.  There have been numerous examples of people being disciplined or removed from their courses because they dare to disagree with the Queer Theory philosophy.

“Universities are supposed to be places where a hugh diversity of views can be heard.  Not any more, not in our universities.  If you don’t subscribe to every one of their modern, secular, liberal beliefs you’re out on your ear.  Either banned from speaking at their campuses or thrown of your course.  Just because you believe in something they don’t”  (Rod Liddle)  (as Melvin experienced last week!)

This silencing is made all the easier because of the lynch mob mentality that can be whipped up through Facebook and Twitter.   People just want to keep their heads down and shut up (I have lost count of the number of times that LGBT activists have contacted Dundee University to try to get me thrown out as a chaplain).

Where does all this end?  As Piers Morgan asked in this clip will we end up with literally nobody in the future identifying as male and female – to which Munroe Bergdof responds ‘maybe’.  This is the pit of hell into which we are descending…God help our children….