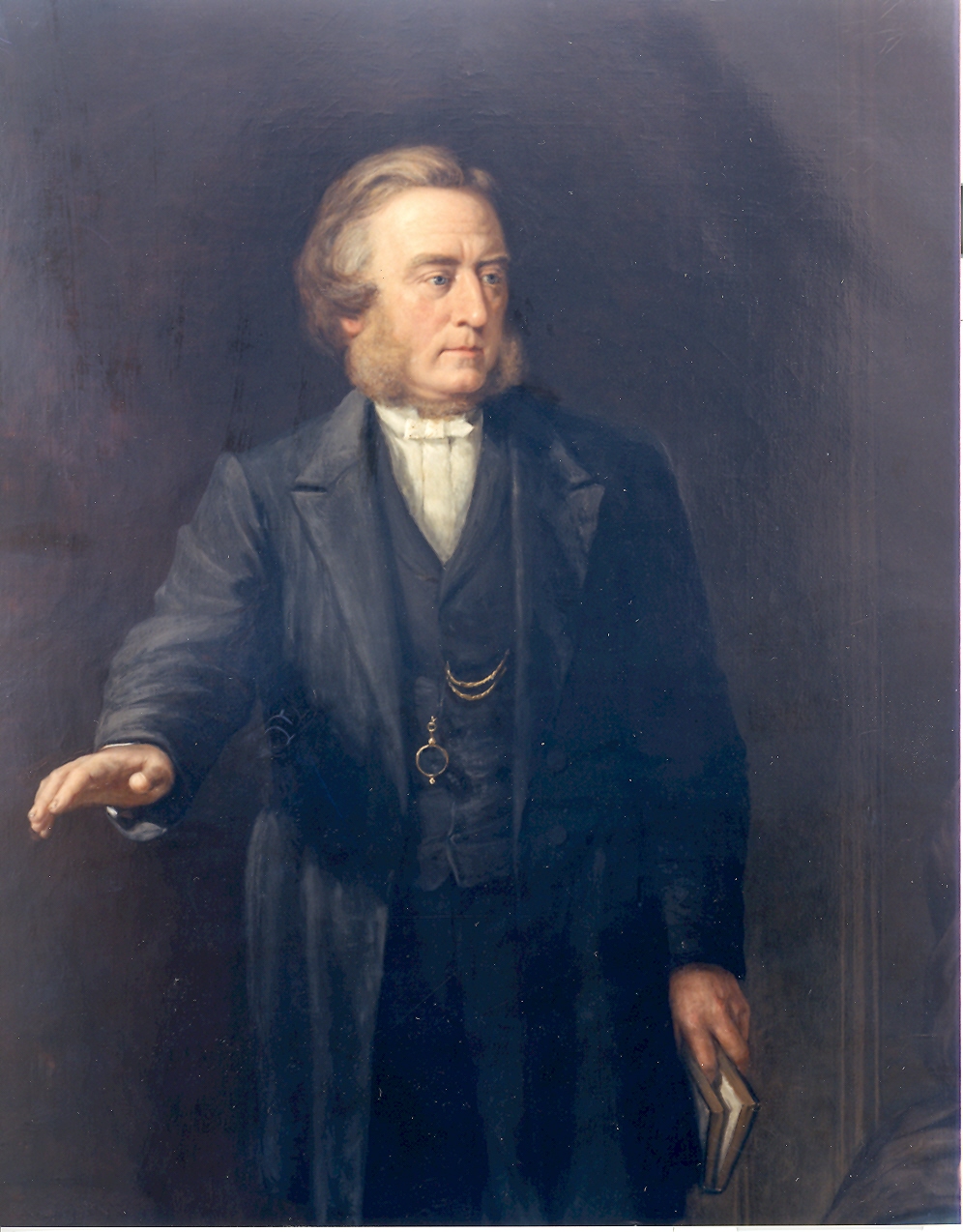 A few months ago one of the writers in The Record, Dayspring Macleod, mentioned that the Free Church was not cessationist. This raised a few eyebrows and prompted a couple of people to get in touch asking me to deal with her error. The trouble is that both those who got in touch, and Day were right. Cessationism is the view that the apostolic spiritual gifts such as speaking in tongues, prophecy and healing have ceased after the passing of the apostles and the establishment of the New Testament. The Free Church, like most Reformed churches, does not believe that we still have apostles, prophets and healers in the church today – (at least in the sense of offices – indeed the Reformers also argued that the office of ‘evangelist’ no longer existed). However this does not mean that we believe that prophecy, healing and evangelism no longer exist.

In more recent years there has been a trend, especially in some American Reformed circles, (although not in others such as the Gospel Coalition where John Piper and Matt Chandler are not remotely cessationist!), to argue for a strict cessationism. John McArthur is the most well known exponent of this point of view. You can see an example of this in the 2018 West Coast Ligonier Conference when it was argued that dreams today are never of God (I wrote about this here).    Day was quite right to say that this extreme cessationism has never been part of the Free Church…that is until recently.

Donald Macleod, former principal of the Free Church College was not happy and published this blog to deal with the heresy he perceived in The Record.  Someone asked if I was going to answer it, but I decided to let sleeping dogs lie. There was no point getting involved in another unseemly spat. However Donald’s article has recently resurfaced and is again doing the rounds. As it contains a number of allegations and errors about the Free Church I think as a Free Church minister its time to set the record straight – one minister even went so far as to accuse Free Church office bearers who do not agree with cessationism as being guilty of perjury!

As usual, being Donald, it is well written, there are many wise and insightful things said, the rhetorical flushes are great and he knows how to push all the buttons.   His article does however raise a number of questions.

1) Is the modern Free Church no longer a self-consciously Reformed Church?

All of our office bearers have a strict adherence to the WCF and our doctrine, church government, preaching and practice is self-consciously Reformed. So why does Donald make the claim that this is not the case? He was either just feeling a bit frustrated and grumpy or he’s using a rhetorical device that gets people who are self-consciously Reformed onside. Those from outside just accept what is said, even though Donald offers no evidence. I don’t doubt that any Church, including the Free Church, can move away from its core doctrines, but simply stating that is the case without providing any evidence is not really helpful. Besides which since when did being a strict cessationist become a mark of being Reformed? I would be quite reluctant to suggest that John Piper was not truly Reformed!  On the other hands there are concerns I would raise (the desire for women’s ordination, the acceptance of Bishop Curry’s sermon etc) but these are for another time!

The only evidence Donald provides is the claim that the discipleship of our young people now takes place in CU’s or other interdenominational bodies such as SU. I’m afraid that once again he is somewhat out of touch with what is happening in the Free Church. Simply making the assertion does not constitute evidence. Most Free Church young people (sadly) do not go to CU’s or SU. Our discipleship tends to take place in our own churches, youth groups, Sunday schools, camps, boot camp etc. Even as I write a group of young people from all over the Free Church are meeting at Base Camp to be taught more doctrine applied to contemporary life.

In some parts of the world this may indeed be the case – but there are many areas where it is not (GAFCON, the Gospel Coalition, IFES and many other growing groups demonstrate otherwise). But Donald is talking about Scotland because he claims that this is what Free Church people are drawn to.  Is this true of Scotland?   Again I think this is decades out of touch. Of course there are some dispensationalists, but they are few and far between – and I’ve yet to meet a Free Church person who has been drawn to this charismatic, Baptistic, dispensationalism. As for individualism – that is a plague of the whole West – including the Reformed.   I’m afraid that what Donald is doing here is classic ad hom – this is what non-cessationists are like…do you want to be associated with them?   If you don’t then you are a cessationist!

3) Is cessationism the traditional historical teaching of the Free Church?

Donald claims that cessationism (which he defines as including the cessation of dreams, visions etc. as well as tongues and prophecy) has always been the position of the Free Church – and that non-cessationism is a relatively new phenomena. But he then goes on to critique Dr John Kennedy and the Highland ‘mysticism’ which was a major part of the Free Church in the 19th and 20th Centuries.  Kennedy’s ‘Days of the Fathers of Ross-shire’ is still one of my favourite books and it could hardly be described as cessationist!  Both statements cannot be correct.  The new position is the extreme cessationist position.

Scottish Church history does not support his position either that the Scottish church denied dreams and visions. There is much that could be written about this – for example in the Second Book of Discipline (1578) it is stated “There are three extraordinary functions: the office of the apostle, of the evangelist, and of the prophet, which are not perpetual, and now have ceased in the kirk of God, except when he pleased extraordinarily for a time to stir some of them up again.”   This is not a cessationist position.

…for I dare not say that since the days of the apostles there has never been, or that to the end of the world there shall never be, any raised up by God with such gifts, and for such administrations, as I have now described to be proper to prophets and evangelists, i.e., the foretelling of things to come… (George Gillespie, Miscellany Questions , Chapter 5, section 7, p. 30).

I must say it, to the glory of God, there were in the church of Scotland, both in the time of our first reformation, and after the reformation, such extraordinary men as were more than ordinary pastors and teachers, even holy prophets receiving extraordinary revelations from God, and foretelling diverse strange and remarkable things, which did accordingly come to pass punctually, to the great admiration of all who knew the particulars. Such were Mr. Wishart the martyr, Mr. Knox the reformer, also Mr. John Welsh, Mr. John Davidson, Mr. Robert Bruce, Mr. Alexander Simpson, Mr. Fergusson, and others. It were too long to make a narrative here of all such particulars, and there are so many of them stupendous, that to give instance in some few, might seem to derogate from the rest, but if God give me opportunity, I shall think it worth the while to make a collection of these things (George Gillespie, Miscellany Questions, Vol. 2, Chapter 5, section 7, p. 30).

Gillespie was not claiming the type of prophecy that is Scripture. He was claiming extraordinary revelations from God.   This is not a new position in the church and was held and accepted by many others including Rutherford, Durham, Kennedy, the Covenanters and others.

It is also very much part of the tradition and teaching of the Free Church that many have grown up in. The time of the Lewis revival was a time of many ‘unusual’ happenings and people getting ‘words’.   I would not be as dismissive of Kennedy’s ‘secret of the Lord’ as Donald is – although I recognise that there are dangers and everything must be brought to the touchstone of Scripture.

4) Does the Westminster Confession teach cessationism?

Yes – in the sense that it says ‘these former ways of God’s revealing his will to his people being now ceased’.   This is written in the context of Holy Scripture. We no longer have, or have need of, the OT prophets or the NT apostles to bring us the Word of God through dreams, visions, prophetic words etc. because we now have the Scriptures. But it is clear from Gillespie that this was understood of adding to the Scripture, not of God NEVER speaking to people through dreams etc.   In fact the extreme cessationist position is contradicted by the Confession itself because of its high view of the sovereignty of God. “God, in his ordinary providence, maketh use of (ordinary) means, yet is free to work without, above, and against them, at his pleasure” (Chapter 5.3).   God can work without, above and against ordinary means. The Holy Spirit is sovereign and he can reveal through dreams etc. as he pleases. Who are we to tell him what he can and cannot do?!

In Summary  There are some useful and wise things in Donald’s article and some helpful caveats and balances against the excesses of some charismatic ideas and practices; however overall the article is out of date in its assessment of the current Free Church, wrong in its evaluation of evangelicalism in Scotland, mistaken in its understanding of Scottish Church history, and confused in its theology.   Donald’s article fits more into the arguments within the American Reformed church between the Macarthurite strict cessationism and the more open position of the Gospel Coalition. It is neither accurate nor helpful in our context in Scotland today.   We should reject the excesses of much of charismatic theology and practice, but we should not throw out the baby with the bath water.  God is sovereign and he can do as he pleases – without being restricted by our theological understanding, or anything other than his nature and revealed will (which as far as I can see does not reveal that he will never use dreams or other forms of revelation again).

The Downgrading of the Free Church – A Response to Donald Macleod.