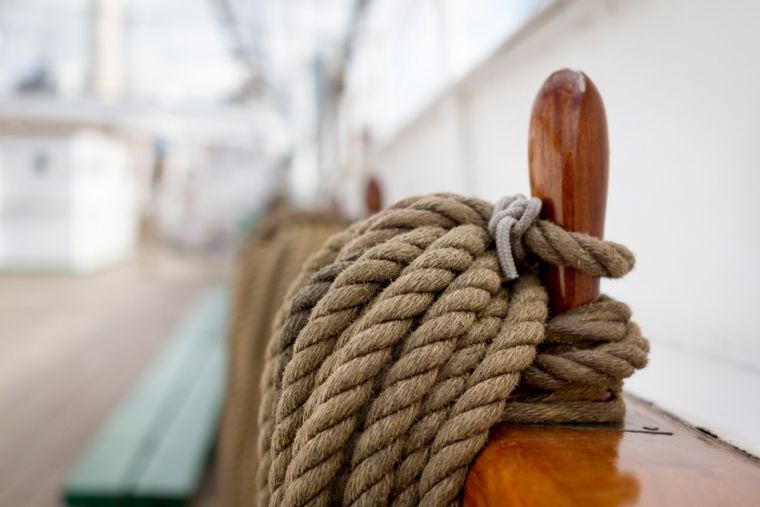 Since the government is the highest authority known to secular man, it must be the solution to every problem. Including the problem of loneliness. Thus Prime Minister Theresa May, in response to a report from the Jo Cox Commission, has appointed a minister for loneliness, Tracey Crouch.

Loneliness is not a new problem. In this week’s Ecclesiastes passage (4: 7-12) Solomon recognises it. Earlier he had considered the law courts and the market place. Now he moves on to the traveller. The lonely businessman.

Sometimes I go to speak at conferences and end up staying at airport hotels. It’s fascinating to people-watch. Being a travelling businessman sounds a glamorous life, jetting all over the world, staying in hotels, eating out, meeting people and yet far too often there is a weariness and above all a loneliness.

Solomon speaks of a man who works hard, who makes money but travels alone. Who is it for? He perhaps never stops to think why he is doing it, until the end. He is the lonely, hard-working individual, without companionship, without satisfaction – the miser.

En route to the US I picked up the in-flight magazine. What caught my eye was the advert for top businesspersons introductions. It reminded me of this phrase: ‘There was a man (or woman) all alone.’ What is the point of being famous and wealthy if you have no family or friends? This is particularly about friendship and should not be restricted to marriage – though one hopes that one’s marriage partner will also be a friend.  At a personal level I am thankful that I married my best friend and I can sing along with Don Williams, “You’re My Best Friend”!

Loneliness has always been a problem, but it is perhaps especially today. According to the aforementioned Jo Cox report there are 9 million people in the UK who always, or mostly, feel lonely. It’s a problem recognised in our media. The long-running Australian soap reminds us of the importance of ‘good neighbours’ who become ‘good friends’. Yet how many of us live in streets when we don’t even know the names of our neighbours (other than when the Amazon parcel arrives), never mind identify them as friends? Likewise Netflix has just introduced a new generation to the ever popular Friends with its instantly recognisable theme tune, ‘I’ll be there for you’. How many of us have friends who will be there for us? How many of us have substituted the handful of friends that come from deep and committed relationships, with the hundreds of online friends who mean virtually nothing?

Solomon speaks of the pits, coldness and bandits that faced the ancient traveler. A friend is better in these situations. When there is an accident, when we feel inadequate, when we are in trouble, we do need friends. Two are better than one for work. Two are better than one for our ‘walk’ both physically and spiritually. If you are cold it is good to have a friend. In terms of spiritual coldness, think of how we are meant to encourage and help one another: ‘Brothers, if someone is caught in a sin, you who are spiritual should restore him gently. But watch yourself, or you also may be tempted. Carry each other’s burdens, and in this way you will fulfil the law of Christ’ (Galatians 6:1-2).

Notice the increase in number from two to three. The more friends the better. The picture of the three cords woven together is a beautiful picture of what real friendship is. Perhaps each of us needs to take time and reflect about the quality, or lack thereof, of our friendships?

When my church ran a camp for children from a deprived background they loved singing the Christian songs. Perhaps the most popular was one that although it was not a normal Sunday School song, seemed very appropriate for a Christian camp: Bill Withers’ Lean On Me.

Lean on me, when you’re not strong
And I’ll be your friend
I’ll help you carry on
For it won’t be long
‘Til I’m gonna need
Somebody to lean on

Ecclesiastes 4 deals with the oppressed having no comforter, a man without the companionship of family and friends and a lonely king. The early church had some quite fanciful interpretations of this passage. Jerome for example saw in the three-fold cord the faith, hope and love of 1 Corinthians. Ambrose was more interesting – in speaking of Christ as the friend who sticks closer than a brother he sees him as the one who lifts up the companion when he falls, the one who warms, and the one who went from the prison to be a king. He points us to the real solution for loneliness.

There was and is a desperate need for real friendship – not manipulative or exploitative – but real. Strength is gained from human relationships but the greatest relationship and friendship of all is found in Christ. He is the one who provides meaning. Ultimately of course only Christ can be the perfect friend. He says to his disciples – ‘I have called you friends.’ It’s a most moving and beautiful picture. He is our friend. He is our reason for working. He is our ‘ raison d’etre’ (reason for being).

He is our real minister for loneliness.

‘What a friend we have in Jesus, all our sins and griefs to bear.’ Do you know him?

Here is a superb version of that great hymn – sung by Dave Henderson and the congregation of St Peters…this will cheer you up!   The Free Church goes country!