This weeks LED has everything from Karl Marx to Chick-Fil-A, Donald Trump, Piers Morgan, Muscular Liberalism, Star wars on the Sabbath, the key Brexit question, and an incredible testimony from Rachael Denhollander.. 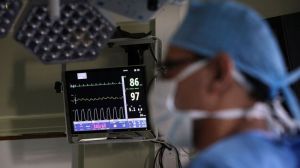 The NHS is important. Very important. I speak as a beneficiary of and contributor to it. But the NHS is in trouble and one of the reasons is the compensation culture which has become part of Britain’s cultural make-up. I was astounded to hear in this BBC report  that NHS bosses think it could cost up to £65 billion over the next few years. That is half the annual budget for the NHS. Of course there are those who should be compensated if they have been the victims of negligence or bad treatment, but the system is unfair and is costing the taxpayer a fortune. The ambulance chasing lawyers (and I speak from personal experience as well) sometimes make more money than the alleged victims.   Perhaps if those who see the £ sign in their eyes as they are told of the thousands they can ‘earn’ from suing the NHS; stop and think about the people they will hurt (the cancer sufferers, the children who will not get treatment), they might back off from their greed.  Speaking of greed lets turn to the EU….

Ian Blackford, the SNP leader in the Westminster Parliament tweeted this week “It is the responsibility of a Government to protect its citizens, not wilfully expose its citizens to economic risk. This analysis confirms there will be job losses and an impact on prosperity. Utter madness. That is why the SNP are determined to protect Scotland’s interests.”

I thought this was fascinating and invited the following question – which I put to him and the SNP.

“IF the economic analysis showed that Scotland leaving the UK would expose it to ‘economic risk’ would the SNP be against Scottish Independence in order to ‘protect Scotland’s interests’?

No answer. Except the usual dog’s abuse from the cybernats. The question is vital – is the economy to be the only or the main criteria to determine all policies. Climate change? Social justice? Democracy? Political and religious freedom? Education? Are they all to be subservient to the great god Mammon?   I voted for Scottish independence (and for leaving the EU) because I believed it was a good thing – not because I thought it would make us richer. What do the current SNP think? If they think that we should give up some of our freedoms in order to remain in the EU for the sake of economic prosperity, do they think the same should apply to remaining in the UK, if it was demonstrated that our economy would be adversely affected by leaving?

It’s not just the SNP who have problems with this question – so does every political party including the Prime Minister, who refused to answer a similar question on her visit to China –

Those who are in control of our countries are by definition the rich and powerful and those who benefit most from the current economic system. They are going to do their best to defend it and to retain what they have. Whatever their many words about the poor, they will do nothing that disturbs their own comfort.   In todays secular world, finance will always trump freedom. 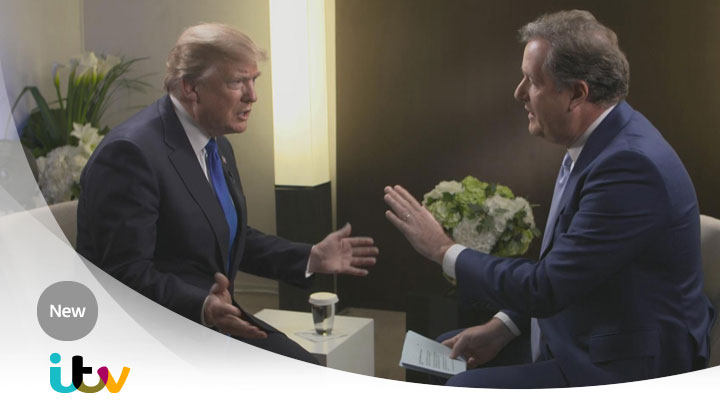 As anyone who reads this blog knows I have been very critical of Donald Trump – but we also need to recognize that he is the President of the United States and important to us. From this fascinating interview with Piers Morgan we learn several things – not least his love for Scotland. Perhaps the Scottish government could hold its nose and begin to make diplomatic attempts to take advantage of that bias he has towards us? It’s strange that such a suggestion would be greeted with scornful abuse by those who at the same time laud President Macron for his pro-EU ‘progressive’ policies. Yet Macron has spent a great deal of time courting Trump, inviting him for dinner in Paris and giving him a State visit there. So here is another question for those opposed to President Trump coming here – do you think Macron was wrong to invite him to France and were you protesting on the streets of Paris against his visit? Did you protest against the visits of Putin, and Xi Jinping?

Amanda Spielman is HM Chief Inspector for schools. She made this fascinating speech this week to the Church of England Foundation for Education Leaders. She had some interesting and excellent things to say – eg “The duty of school leaders – and duty, as you will be aware, is not a neutral word – is to make sure that young people receive a rich and deep education. Good leaders make sure the focus of their schools is, in the words of Psalm 119, to ‘teach knowledge and good judgment’. “

But then there was this widely toted section:

“But tolerance and respect does not mean that we should privilege all belief above criticism. Ofsted inspectors are increasingly brought into contact with those who want to actively pervert the purpose of education. Under the pretext of religious belief, they use education institutions, legal and illegal, to narrow young people’s horizons, to isolate and segregate, and in the worst cases to indoctrinate impressionable minds with extremist ideology. Freedom of belief in the private sphere is paramount, but in our schools it is our responsibility to tackle those who actively undermine fundamental British values or equalities law…..

That doesn’t just mean Ofsted, but everyone involved in education. Rather than adopting a passive liberalism that says ‘anything goes’ for fear of causing offence, schools leaders should be promoting a muscular liberalism. That sort of liberalism holds no truck for ideologies that want to close minds or narrow opportunity. Occasionally, that will mean taking uncomfortable decisions or having tough conversations. It means not assuming that the most conservative voices in a particular faith speak for everyone – imagine if people thought the Christian Institute was the sole voice of Anglicanism. And it means schools must not be afraid to call out practices, whatever their justification, that limit young people’s experiences and learning in school. Church schools must not, in their entirely correct goal of promoting tolerance, shy away from challenging fundamentalist practice when it appears in their schools or communities.

The trouble with this is that at one level it seems perfectly reasonable. Who after all is opposed to tolerance, or broadening peoples horizons or limiting the power of extremist fundamentalists? But the two elephants in the room were not really mentioned. Firstly she said almost nothing about Islam – because that is the primary concern which the government has, but which they dare not name in case they are accused of Islamaphobia. You will note that she had no qualms in naming the Christian Institute as a Christian equivalent of some kind of Islamist extremist group.

But, and here is my real concern, she advocated ‘muscular liberalism’ without identifying what it is, and British ‘values’ without identifying what they are. My suspicion is (and her mention of the Christian Institute reinforces this) that Ofsted would regard anyone opposed to SSM as ‘extremist’ or against abortion. In other words ‘muscular liberalism’ is code for another type of fundamentalism, a State secular humanism which imposes its values on everyone and will not tolerate anyone who dares to disagree with those values. If you want further confirmation of this just look at the words and actions of the atheist fundamentalists and the liberal left who in order to get their values imposed on everyone, deliberately and dishonestly equate bible believing Christians with ISIS, as though they were equivalent.

One other very concerning aspect is that Spielman wants Ofsted to be able to inspect Sunday schools!

Star Wars in Stornoway on the Sabbath –

Speaking of intolerance, the militant secularists have been continuing their campaign in favour of secular privilege. There has been a great deal (usually mocking) written about the An Lanntair cinema being opened in Stornoway on Sunday. I wrote a summary here for Affinity.

An astonishing testimony on sport, sex abuse and the church

Rachael DenHollander  is my new heroine!   I’m not sure I’ve seen anything quite as brave as this….if you haven’t got time to watch the whole thing – go to the 26th minute and watch from there.

This article by her is superb.

The one thing I want to add to this is simple. No church or Christian organization should ever cover up any form of sexual abuse. Yes we do not just accept accusations (in order to protect the reputation of the Church) but nor do we cover up (in order to protect the reputation of the Church).   If we are aware of sexual abuse then it must be dealt with properly. The Church or the gospel does not need our protection – in fact it far too often needs to be protected from us. We need rather to seek to protect and help those who are victims of any kind of abuse. If the accusations of cover up against CJ Mahaney and the Sovereign Grace Ministries are true then they are as guilty as if they had done the abuse themselves.

Please read the interview with Rachel Hollander – this quote is very challenging:

“One of the dynamics that you see in a Christian church that is particularly devastating is poor theology. The reason that most institutional cover-ups happen in the church is not simple institutional protectionism. When you’re dealing with something like MSU or USA Gymnastics, they’ve got medals and money and their institutional reputation on the line.

You have that dynamic with evangelical churches where you have the reputation on the line and the perceived reputation of the gospel of Christ. But often, if not always, people are motivated by poor theology and a poor understanding of grace and repentance and that causes them to handle sexual assault in a way where that a lot of predators go unchecked, often for decades. When you see a theological commitment to handling sexual assault inappropriately, you have the least hope of ever changing it.

I had the privilege of taking part in this phone in on Premier discussing whether it was sinful to eat meat…you can hear the substance here. 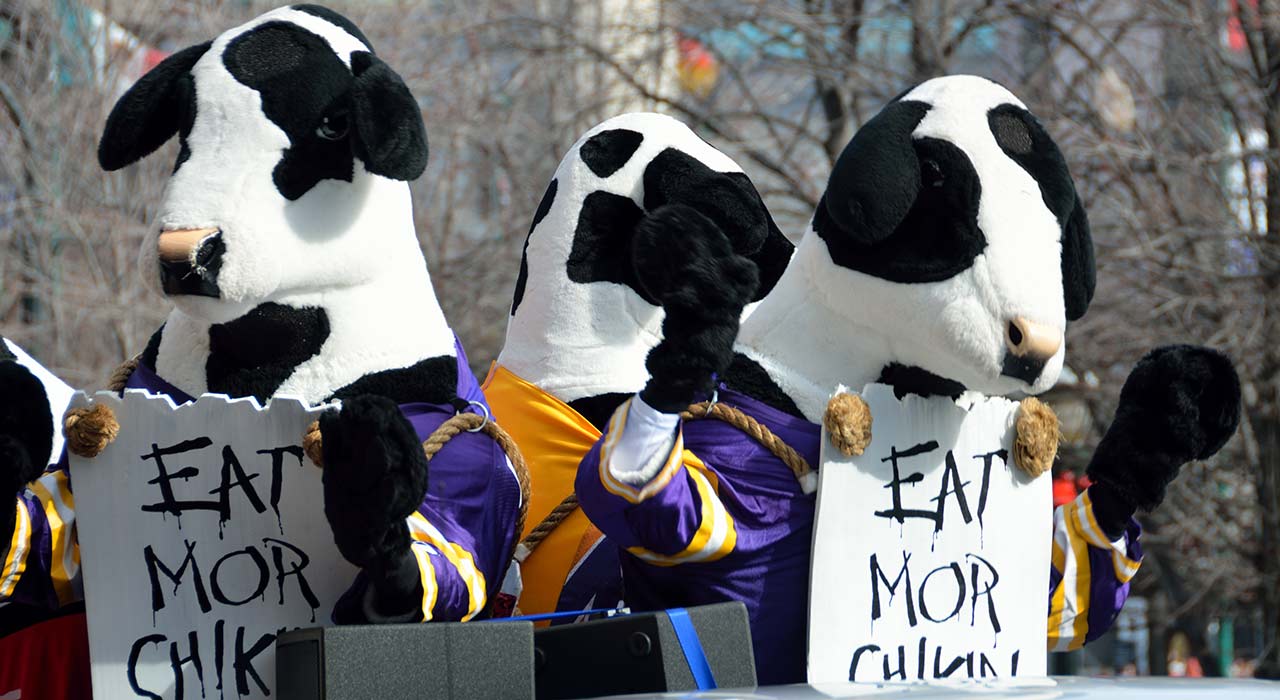 If eating meat is sin then Chick Fil A are great sinners! They are a superb company with strong Christian values – famous for two things (apart from their chicken) – they treat their workforce really well and insist they have Sundays off, because they don’t open on Sundays. You would think this would be detrimental to their business, but they are thriving.   However they are not Pharisees – this story from Atlanta shows the ‘ox falls into a pit’ principle.   I have just one request of Chick-Fil-A – please, please come to the UK….we need some decent chicken and some more decent employers!

““Religion is the heart of a heartless world”. (Karl Marx cited in The Guardian)

(that should balance the oft cited ‘religion is the opiate of the people’!)…

Finally if you are keeping up with the Steve Chalke debate I wrote this lengthy response to his reply – on the Premier website and magazine. It will not get as much traction as the more controversial and colourful stuff – but this for me is the most important – and I believe completely crushes his position. Feel free to pass it on – and indeed point out any flaws in my argument so that I can correct them…