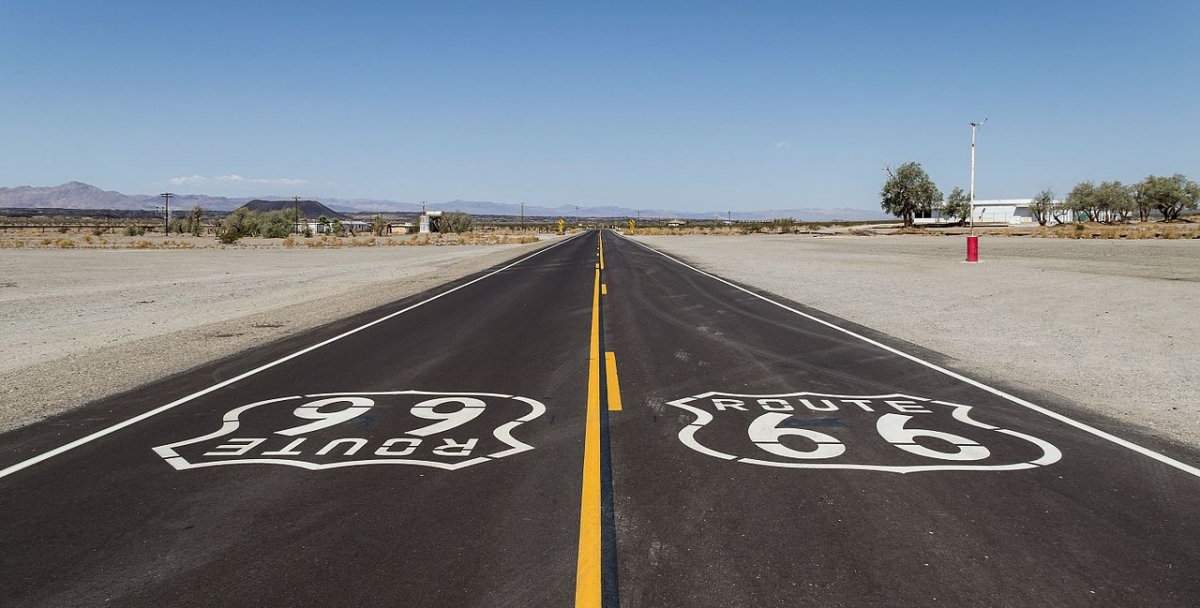 This weeks column on Christian Today – for the original click Here

Let’s try a little test. Would you accept a hotel room with the number 666? When your car reaches 666 miles and crashes do you think that’s a coincidence? What do you think is on channel 666 on your TV? It’s possible that you may be suffering from Hexakosioihexekontahexaphobia – now there’s a word you don’t hear every day. It’s the fear of the number 666 and it’s all to do with our Revelation passage this week – Revelation 13.

In case you think it’s not a real fear, there genuinely are people who won’t travel on route 666 – apparently you can get your kicks on route 66, but route 666 is another matter altogether. It is a road serving the Four Corners area of the US (New Mexico, Nevada) and had a higher than average number of accidents. It has now been renamed Route 491. And then there was the infamous case of President Ronald and Nancy Reagan who in 1989 bought a new home in the Bel Air area of Los Angeles, 666 St Cloud Road. They renumbered it to 668. They too suffered from Hexakosioihexekontahexaphobia.

You can get your kicks on Route 66 – but not on Route 666.Wikimedia Commons

Many people have an awareness of the number 666 which has now passed into popular culture, because of films like The Omen and of course the obsession with the number in rock music. Britney Spears wearing a 666 t-shirt, Iron Maiden singing ‘The Number of the Beast’, Black Sabbath, Led Zeppelin have all provided plenty of material for those Christian conspiracy theorists who see rock music as the mark of the Beast, the spawn of Satan.

But let’s turn away from the eccentric, the odd and the ridiculous and instead go to what the word of God actually says.

Following on from Revelation 12, we see that the devil (the dragon) now has two allies, the beast out of the sea, and the beast out of the earth. The first beast is straight out of the book of Daniel – the lion/leopard/bear – cruel, strong and fierce. The second is from Job 41, the great behemoth. The dragon and the two beasts are an unholy Trinity, a parody of the Holy Trinity. The first beast is a parody of Christ; he almost died (some people thought this might be the emperor Nero who had died in AD 68 but was widely rumoured to be coming back as a resurrected conqueror). The second is a parody of the Holy Spirit, whose work is to get people to worship the first beast.

The beast out of the earth was able to perform miracles and to recruit people to worship and serve the beast out of the sea. In a grotesque parody of baptism they all had to receive the mark of the beast, or they would suffer economic persecution and social ostracism. Often if you had sacrificed to Caesar you received a certificate to say you had done so. And again our conspiracy theorists have had so much fun with this one. The mark of the beast is your social insurance number, or your credit card, or an implant in your body put there by the state when you were born. The theories are numerous. To my mind it is a complete waste of time, energy and money wasting time on such silly speculations. The apostle John was not writing about credit cards or Western social welfare systems. He was not writing about Barack Obama, Donald Trump, Saddam Hussein, Adolf Hitler, Napoleon or even Bill Gates. So what did he mean?

If you were a slave, as many of John’s readers would have been, then you would have been branded, like cattle. You would also have been aware of the image of Caesar on coinage, indicating that it ultimately belonged to him. The mark was all about who you belonged to. In ancient languages letters were often used for numbers. So for example a=1, b=2, c=3 etc. A name could be represented by adding up the numbers. There is an example in Pompeii of graffiti on a wall reading, ‘I love her whose name is 545.’ When you transliterate Nero Caesar from Greek to Hebrew you end up with the number 666. The number of the beast is simply the number of the Roman emperor who was persecuting the Christians. This numerical code/imagery was actually quite clever for the Christians. Why? Because they could see themselves as the number above, the heavenly 777. Even better, the name Jesus in Greek transliterated into 888.

The point of this whole passage is not to provide 21st century Western Christian authors with material to apply to our particular political circumstances – as though the Holy Spirit was recording the event before it happened. No: he is showing John firstly that the opposition is fierce, perhaps worse even than John’s worse nightmare. But he is also showing him in pictorial form that the opposition is limited. The beast out of the sea was given power to wage war against God’s holy people and in the opposite of Revelation 7 to rule over every tribe, language, people and nation. It’s not the Lamb at the centre of the throne who is ruling; apparently it is the beast. But even in the midst of that evil John is being told it is limited. He was ‘given’ the authority. His time was limited (the 42 months). We are not told the reason any of these things. But we are told that the Lord’s people have to be patient and faithful. That’s one of the key lessons.

There are also a couple of warnings which the Church would do well to heed. It’s always a mistake for the Church to be allied with state power, and even worse when the there is a false priesthood. The combination of state power and false religion is disastrous for humanity. The other warning is to beware of those who claim their power, not through the state, but through miracle-working power. The devil has signs too.

But the encouragement is that the sovereignty of God is always more apparent when it seems as though wickedness has reached its deepest limit. There is nothing blacker than the horror of the cross. And yet God meant it for the ultimate good. John talks about the Lamb slain from the creation of the world. The cross was not God’s plan B or Z. It was his means all along to rescue not just humanity but the whole creation. It’s in the horror of the cross that the unholy Trinity is defeated, without humanity being wiped out.