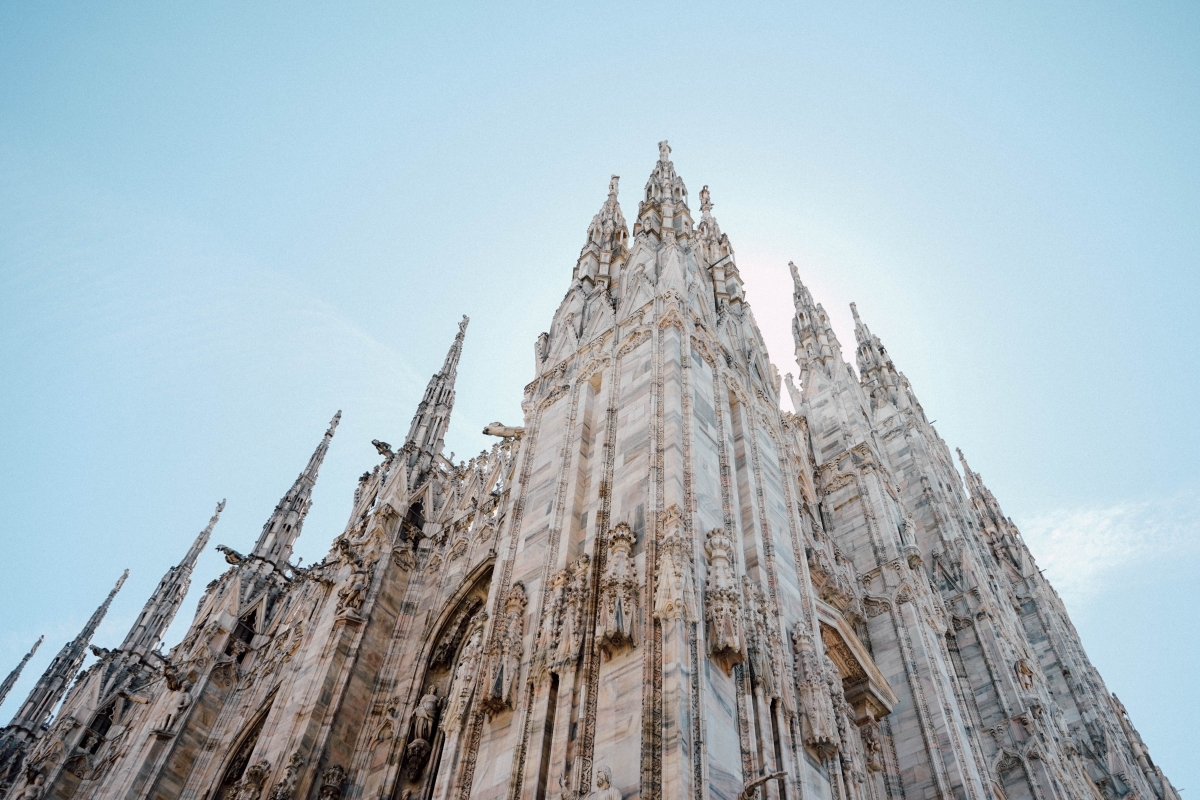 Things did not look good for the church at the beginning of the 2nd Century. John was in exile on the waterless island of Patmos. All the other apostles were dead. Jesus hadn’t returned. The Roman Emperor had decided to make Christians the scapegoat for every ill. False teachers, heresies and compromisers plagued the churches. Those who argued ‘cheer up and smile, things could be worse’ found that things did, in fact, get worse. What was the church to do?

In today’s church in the Western world (and let’s never forget that this is now a minority part of the whole church), as we enter 2017 we too need to assess the situation in which the church finds itself and ask what the Lord wants us to do. There is no doubt that the West is in a state of upheaval – Brexit, Donald Trump, Italy, Greece, elections coming up in France, Germany and the Netherlands, threats from terrorism, refugees, wars and rumours of wars, Russia, climate change and the growing divide between rich and poor.

The church is faced with the immediate situation and the longer-term trends. Overall in the Western world there are declining numbers, increasingly hostile secularisation and mass confusion within our own ranks as we wonder how to cope with the changing situation.

every church’s mission statement talks about reaching the ends of the earth, when they struggle to reach the end of their street.

Every year books are published, programs established and new initiatives heralded, all of which claim that ‘this is the way to go… walk in it’. Every ministry is going to be ‘world changing’, every church’s mission statement talks about reaching the ends of the earth, when they struggle to reach the end of their street. And the ordinary Christian deludes themselves, gets depressed at the rate of change and decline in society, or just simply despairs of the whole mess. Happy New Year!

I have a present for you. It’s a simple word from the Lord – it’s what he tells us to do. In Revelation 10 he comes to John and gives him the spiritual anti-biotic to cope with the church’s and the world’s illness. It’s a bitter/sweet solution. What is the church to do? We are to bear witness to Christ. And we do so by proclaiming his Word.

We only know what is revealed to us, but what we know is not all there is to know.

In an incredible picture John sees another mighty angel coming down from heaven; robed in a cloud, a rainbow above his head, face like the sun, legs like fiery pillars. He plants one foot on the sea, another on the land (thus reaching the whole world) and speaks with the roar of a lion. But his thunderous message is not to be written down. It is to be sealed up. John gets a message he is not to proclaim. There is a very important lesson for us here. It’s not that there is a secret society, a kind of spiritual heavenly illuminati who really know the secret, but rather that God’s revealed will is not all his will. Deuteronomy 29:29 says: “The secret things belong to the Lord our God, but the things revealed belong to us and to our children forever, that we may follow all the words of this law.” For me that is a wonderful truth. We only know what is revealed to us, but what we know is not all there is to know. I once saw a poster which simply said: “All I have seen teaches me to trust the Creator for all I have not seen.” We need to remind ourselves of that continually in this New Year.

But the angel does have something else. In words that echo Ezekiel 2:9-3:3 (remember that every verse in Revelation is closely linked to the Old Testament), John is given a little scroll by the angel which he is told to swallow. It will be sour to digest but sweet to taste. And then John is to prophesy about many peoples, nations, languages and kings. And it’s not just John. On the day of Pentecost Peter used the prophecy of Joel to say that the time has now come when the Spirit is poured out on all God’s people and “your sons and daughters will prophesy” (Acts 2:17-21). That is what the church is to do. In this post-truth world we are “the pillar and foundation of the truth” (1 Timothy 3:15).

This is not easy. The gospel is not an easy message and does not sit easily within our culture. The darkness does not like it when the light shines, and it will not make us popular. Those who seek to advance the church by making us more acceptable to the culture or just meeting its felt needs are like doctors who offer a sticking plaster and platitudes to patients with life threatening illnesses.

To be made conscious of one’s own sin, or society’s sin, or the darkness within, is overwhelming. And it is hard. Which is why Jesus tells us it is the work of the Holy Spirit to convict of sin, righteousness and the judgement to come (John 16:8).

That’s it. All the plans, programs, personalities and promises are useless, unless we proclaim the Word in the power of the Spirit. It doesn’t matter the denomination, age or culture, that is what the church is called to do, and that is what the world needs. In 2017, world leaders will come and go, celebrities will die, economies will boom and bust, fashions will go out of fashion and trends will detrend, but one thing is certain – the Word of God is rock solid. “Heaven and earth will pass away, but my words will never pass away” (Matthew 24:35). If that is the case then surely the church as the custodian of those words should just get on with believing, proclaiming and living them? Lets stop trying to adapt, change and make them more comfortable to the culture. Let’s challenge and change the culture by proclaiming Christ through his Word. Let our motto for 2017 be “preach the word and see what happens!”