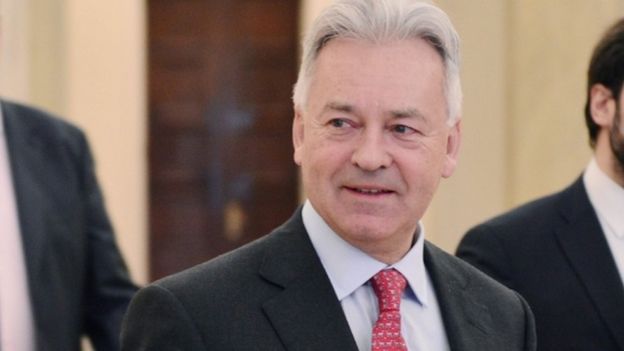 Last week I predicted that Israel would be a major issue in 2017 – it was not exactly the gift of foresight, its 100 years since the Balfour Declaration and the existence of this one small state has been a major issue ever since the Second World War.   But nonetheless I was surprised to see the ‘prophecy’ coming true with a week!   The headline news over the weekend was of the Alan Duncan Israeli ‘sting’  where some silly remarks by a minor Israeli Embassy official have been blown into a major row.  Lots of shock/horror pompous remarks about Israelis influencing British government etc.

Meanwhile there is something a little more serious going on in Israel – Four Soldiers killed in Jerusalem   A Palestinian terrorist ran a lorry into a group of young Israeli soldiers killing four of them including three women.

What can we learn from all of this?

2. Anti-Semitism is on the rise in the UK and Europe and we must be really careful not to let it hide under the guise of human rights protests.  I am intrigued that there are some politicians who were very quick to tweet their abhorrence of the action of the minor official at the Israeli Embassy,  but have yet to tweet anything about the death of the four young people in Jerusalem.    Emily Thornberry, the shadow foreign secretary managed to tweet about the horror of a minor Israeli diplomat talking about ‘taking down’ a Tory minister, but not a word about the terrorist attack in Jerusalem. Likewise Alex Salmond, the foreign spokesperson for the SNP who tweeted:

…He should be shown the door immediately as would happen if the circumstances were reversed. 2/2”

But not a word (at the time of writing) about the terror attack in Israel.  Why?  Does the killing of four young people in Israel not warrant at least some expression of sympathy from foreign spokespeople?  Boris Johnson for the Tories does not really seem to tweet as he said nothing about either.   Anti-Semitism has infiltrated the Labour party and it is never far from the surface in other parties and areas of society as well – even in so called tolerant, inclusive Scotland.  This week a gay Jewish friend told me that he is thinking of leaving Scotland for good not because of homophobia but rather because of anti-Semitism.  Here in Scotland!  The only European country that has never had laws against the Jews.   I have come across right-wing, left-wing, nationalist and liberals who are deeply anti-semitic.  Its shameful.

Read for example some of the responses to Salmond’s tweets above (at the time of writing still uncorrected and unchallenged)..

The Israeli apartheid state get away with murder. .literally

@AlexSalmond @HumzaYousaf So true, the Jews think they invincible as the USA backs them, once they are no longer any use they will be binned

This is Anti-Semitic Scotland today.

3.   The hypocrisy of much of the media, politicians and the chattering classes is noteworthy.  They are up in arms (and it even makes the number one news item on the BBC) because of a stupid and dumb remark made by a minor official in a private conversation in a restaurant about Alan Duncan – but not a word was said when the same Sir Alan on public TV made a death threat against an American woman because she disagreed with Same Sex Marriage.

Of course it was a joke, his somewhat pathetic attempt at humour….but imagine if that same ‘joke’ had been made about homosexuals, or Jews or any other political group?  He would quite rightly have been asked to apologise or resign.  But instead Alan Duncan is knighted and is now deputy foreign secretary.

The British Board of Jews has described him as  “breathtakingly one-sided”.

The Board of Deputies said that Duncan “characterises defending Israel as equivalent to accusing people of wanting Israel’s destruction or being anti-Semitic. This is a blatantly false allegation against the leadership bodies of the British Jewish community. It is a poisonous slur which should be retracted immediately.”

The Community Security Trust, which monitors anti-Semitic hate crime and advises the Home Office, went further and accused him of anti-Semitism.

It said his speech “resonated with Jews/money/hidden power/alien purpose motifs of old anti-Semitic conspiracy theory, only now it was directed at Israel or pro-Israelis rather than Jews”.

Little wonder that the Israeli government is not too keen on him. That does not excuse the comments of the official but it does set them in a wider context.

Whatever our particular views on the West Bank, or the various forms of Zionism, including so-called ‘Christian Zionism’, we need to pray for the nation-state of Israel and for the Jewish people.  We need to pray that there will be justice for the Palestinians and for the Jews.  But lets not be naive and think that somehow if Western Liberals get their way that the threat and danger to Israel will disappear.  This is a very volatile situation and we need to be careful not to either inflame it, or to give any encouragement to Israel’s enemies.

Christians should neither eulogise nor demonise the Israeli government.  We need to recognise both that there is discrimination and persecution against Palestinians, including Palestinian Christians, and that there is a very real threat to the whole Israeli state and to the Jewish people.  We can surely understand why the Israelis feel besieged – because they are!  And we can surely understand why they don’t want to rely on Europe and the USA to defend them – the European treatment of the Jews in the past 100 years hardly encourages  confidence.  Neither does the rise of the Right in both Europe and the US, nor the rise of Islam and especially the power of Islamic money. The British media may be upset about a diplomatic gaffe…..maybe they should spare a tear for the families of the four young Jews killed yesterday…for those who live in Jaffa/Tel Aviv/Jerusalem and elsewhere knowing that there are those who want to kill them just because they are Jews, and for those who live under the threat of nuclear annihilation – see This Report from last year.  “we will turn Tel Aviv and Haifa into dust’.  This is from 2016!    So spare us your faux pas outrage and instead get angry at those who threaten to destroy a whole people!

Pray for the peace of Israel.