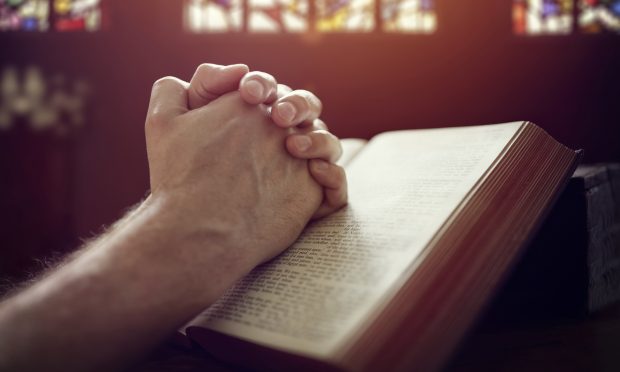 Article in Courier on Dec 30th…followed by my letter in response.

The Scottish Government is considering revising its guidance to head teachers, which states that opportunities for religious observance must take place at least six times a year in non-denominational schools.
Gordon MacRae, chief executive of the Humanist Society Scotland, which has taken the court action over the issue, said: “This survey confirms what we have known for some time, that a majority of people in Scotland support a change in this arcane law.”

Currently, children can withdraw from such services but only with a parent’s approval, following the secularists’ legal challenge.

The findings, for The Times newspaper, show that just 11% believe religious observance should be compulsory in all schools with no ability to opt out, with a further 24% backing the system that allows children to be withdrawn at the request of guardians.

A spokeswoman for the Scottish Catholic Education Service said the results showed a strong majority think religious observance is crucial to Scottish schools.

She added: “Religious observance is when people of all faiths and none can come together, in a Catholic school through prayer and liturgy, in a non-denominational school by means of a time of reflection, as a community in an inclusive, positive atmosphere.

“As the poll suggests, this is something valued in Scotland.”

The Rev Dr Richard Frazer, convener of the Church of Scotland’s Church and Society Council, welcomed the debate.

He said: “When time for reflection is done well, it gives children a vitally important understanding of today’s multicultural society.”

Parents have right to opt out

Sir, – There appears to be a great deal of confusion about the subject of religion in schools (December 30).

Despite humanists and secularists exalting at the headlines about a survey apparently showing that a majority of Scots think children should be able to opt out of religious observance, this is not quite what it seems.

Firstly, it will be noted that it is a YouGov survey which is limited in its size and scope.

Secondly, it is already the case that pupils have the right to opt out of religious observance if their parents or guardians agree. The humanists are not really concerned with pupils being able to opt out, after all they are also campaigning for the Time for Inclusive Education whereby no pupil or parent will be allowed to opt out of compulsory indoctrination in the sexual philosophy of the current elites.

This is yet again another attempt by the more militant secular humanists to remove religion in general and Christianity in particular from public life, especially education.

While I agree with your editorial that it would be foolish to move away from educating pupils in the diverse nature of religion (RE), this is not what is being proposed. Humanists want pupils to be able to opt out of religious observance as a step towards removing it from the public school system.

Rather than remove the paltry six such observances per year, what is needed is more religious education and more meaningful observance.

Parents who do not wish this for their children can already opt out.

The following paragraph was not printed….

It is sad that the Humanists want to remove away that basic human right, recognised by both the UN and ECHR, for parents to have their children educated according to their own religious philosophy. They wish to replace it with compulsory indoctrination into the values and beliefs of secular humanism, and prevent parents from having their children educated in the traditional Christian way. Given that this secular humanist philosophy has already led us into the post-truth world of modern Western liberalism, you can forgive us for asking that the traditional Christian view of education should be allowed to continue – for those who want it.

See also: The Intolerance of Secular Scotland and Christianity in Schools- Letters in The Courier