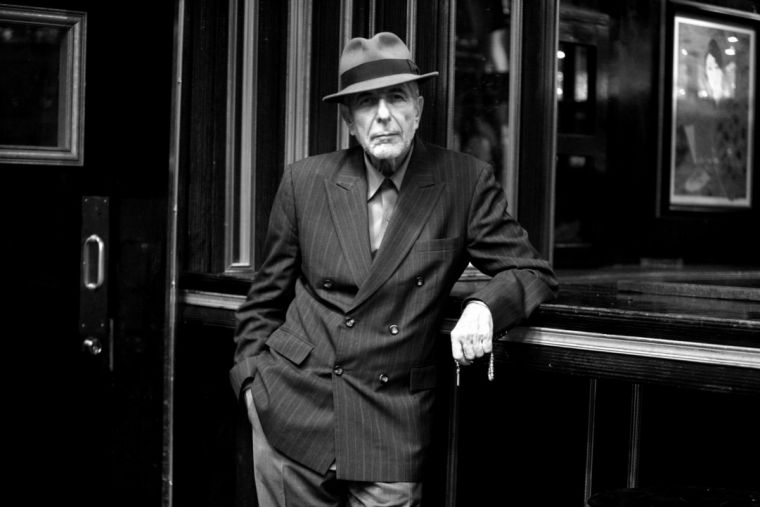 This is an album that is very bleak, if you listen to it against a backdrop of materialistic, atheistic secularism. There really is nothing. No hope, no hallelujah. But if you see this album in the light of the incarnation, life, teaching, death, resurrection and return of the Name above all names, then the darkness only serves to magnify the Light.

This is my latest Christian Today Article

There was only one thing wrong with Bob Dylan being given the Nobel Prize for Literature. He certainly deserves it, but surely the first songwriter to receive that esteemed award should have been the Canadian wordsmith, Leonard Cohen? Possibly the best concert I have even been to was Leonard Cohen’s at Edinburgh Castle a few years ago.

Thousands of us gathered to hear him sing the classics we all remembered – Marianne, Hallelujah, the Chelsea Hotel and so on. Halfway through the concert I turned to my sister and opined that most of the people present would not really get the songs because 50 per cent of the lyrics were about sex and the other 50 per cent were biblical allusions. It’s something that remains true as he continues to produce outstanding albums into his ninth decade. At 82 years old he has just produced his 14th studio album. For those who associate his albums with misery and suicidal inclinations I suspect the title will only confirm their preconceptions – You Want it Darker.

This is an extraordinary album that I would recommend without reservation to any human being with a soul! Christians will love this and if preachers cannot get a rich source of material from it, then they should probably resign.

Musically, I love the style. There is a depth, beauty and simplicity in every song. The richness of his half-spoken bass voice is wonderfully complemented by guitar, organ, piano, violin and warm vocal female harmonies. The overall effect is the ultimate in chilled!

But, as always with Cohen, the music is just the vehicle to deliver the lyrics, which are themselves musical. As he nears the end of his life he reflects poignantly and beautifully upon life and death. Take the following from the title track:

If you are the dealer, I’m out of the game

If you are the healer, it means I’m broken and lame
If thine is the glory then mine must be the shame
You want it darker
We kill the flame

Magnified, sanctified, be thy holy name
Vilified, crucified, in the human frame
A million candles burning for the help that never came
You want it darker

To Cohen Jesus is the Saviour who never came. The flame is killed only to be commemorated by a million candles, there for the help that never comes. But Cohen’s longed for Christ has come and is still alive. The Resurrection changes everything and turns the background of these dark lyrics into wonderful light.

In the song Treaty he speaks of his own weariness and the longing for a link between God and man.

It is a poignant song. But again one that is turned from darkness into light when you grasp that the Bible is all about the treaty between God and us – it’s called his covenant! God’s covenant love is the answer to Cohen’s longing.

Speaking of love, there is another beautiful, aching song about longing for love. If I didn’t have your love to make it real…

It’s lyrics like this that make me regard Cohen as almost prophetic. God’s love does not take us away from reality. God’s love is the source of all our reality. When Russell Brand was interviewed by Jeremy Paxman he spoke of the futility of fame, money and the other idols he served and, reflecting Augustine, he asked, “Why do we chase after the shadows on the wall when we can have the source of light itself”.

But Cohen never makes things simple. In It Seemed the Better Way he reflects on whether we can know truth.

Is the truth the same today? Again not if it is measured by the changes in our minds, bodies, circumstances and societies. But if Christ is the truth then he is the same, yesterday, today and forever. This glass of blood is the new covenant in his blood, which is the source of eternal life.

In Steer Your Way Cohen contrasts the way of the Church and the way of commerce.

They whisper still, the injured stones,
the blunted mountains weep
As he died to make men holy,
let us die to make things cheap

Those last two lines are stunning in their contrast.

This is an album that is very bleak, if you listen to it against a backdrop of materialistic, atheistic secularism. There really is nothing. No hope, no hallelujah. But if you see this album in the light of the incarnation, life, teaching, death, resurrection and return of the Name above all names, then the darkness only serves to magnify the Light. I hope and pray that Cohen and all who hear him, will find the Light that they long for, before the darkness of death comes. Meanwhile you should get your copy of the best Christian album by a non-Christian I have heard.