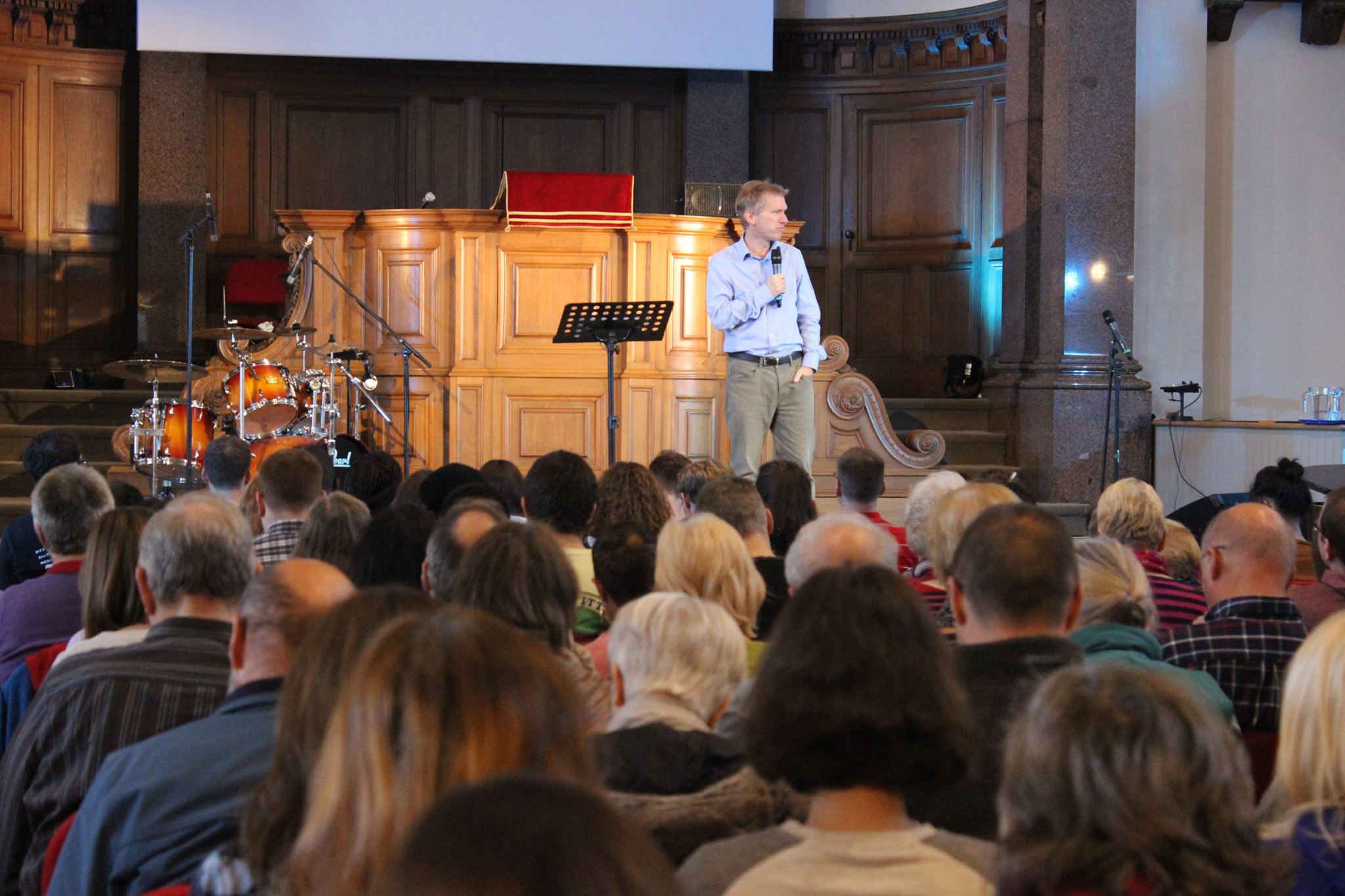 Cast your bread on the waters;

after many days you may receive a return. (Ecclesiastes 11:1)

I had the privilege of preaching on this verse in Charlotte Chapel Baptist Church in Edinburgh yesterday.

It was a joy in more ways than one. To have a congregation of some 700 people packed into this building to worship Jesus Christ in the centre of Edinburgh, in a church that is biblically faithful and culturally relevant, is a thrill in this day and age. Paul Rees and Liam Garvie are leading the church in a way, which is warm, welcoming and not parochial, or empire building.

Charlotte had partnered with Solas the previous day in putting on this conference. It was a tremendous day, sometimes hard, sometimes moving with a good balance between thinking through the issues and a wonderful pastoral emphasis brought by Ed Shaw and others. I have to say that I found it really hard and I do not think in my own part that I got the balance all that well.   I had far too much material, some going to work on it some more and release it in sections on this blog.

But back to Ecclesiastes! It wasn’t even so much the encouragement of sharing such a relevant piece of God’s word with so many people, but more the specific conversations with people afterwards – some of which were wonderful illustrations of the truth of the passage. That if you sow the seed of God’s word, then after many years it will return fruitful. Let me just give some examples.

There was a lady who was originally from Dundee when she heard my talk on the Saturday, found it quite difficult to believe what I was saying, and thought herself that doesn’t happen in Scotland. As it happens that evening she went to a concert in a local school and lo and behold, on the wall was a poster encouraging pupils to say if they wish to be called by pronoun such as ‘ze, they and other non-specific terms’. She could hardly believe it- it was an exact illustration of what I had been saying just a few hours earlier. The indoctrination of our children into a political ideology-taking place in our education system today. After a few hours!

I was approached by an Italian gentleman, who told me that when he moved to Scotland he was encouraged to come and visit St Peters. He was not a Christian and heard a sermon on Galatians chapter 2 verse 20. He was converted through that sermon. I remembered meeting him, but I had had no idea what had happened to him… It was so encouraging. After many years….

When I was a student in Edinburgh I shared a flat with a motor biking, bagpipe playing, social work student. I was greeted on Sunday morning coming out of Charlotte by his daughter, a lovely Christian girl who attends the church. After many years….

After the service I was approached by a 91-year-old Russian lady, who was absolutely adorable. Brought up as a communist, she helped defend Moscow during the Second World War and only became a Christian in later life. My prayer is that, if the Lord lets me live as long as her, I will have her joy, enthusiasm and love for the Lord and his people. After many years…

My heart went out to the folks I met from the Church of Scotland were struggling about what to do with a minister who is living an ungodly lifestyle. They were clearly hurt and confused and did not know where to turn, now that the mainstream denomination has abandoned all pretence of biblical discipline.  A Rubicon has been Crossed – Church of Scotland decision

And there were so many others. Meeting a wonderful family from Ghana, and another man from Mozambique, I was again reminded of the true international, diverse unity of the church of Christ. And the thought struck me again that we really do need the Africans to come over here and point us back to Christ. Our western liberal elites think that they are the ones who are advanced, and that the Africans are backwards and regressive. My view is that it is almost completely the opposite. If the West carries on as it is going, then the future will be Africa and Asia. Scotland’s Shame as Political Leaders Embarrass Ghana

We returned home in the afternoon to a communion service at St Peters, where four couples became members in the congregation – including two who had originally belonged when we first came here in 1992! After many years…..

The communion sermon was on Psalm 73: I remember especially one verse that stuck in my head as a teenager (over 35 years ago!) – (after many years!)

‘Whom have I in the heavens high,

And on the earth whom I desire,

Besides Thee there is none”

This is the Sons of Korah version of the same Psalm….beautiful…

We sow the seed of Gods word….and it will never return to him empty….

1Cor. 15:58               Therefore, my dear brothers and sisters, stand firm. Let nothing move you. Always give yourselves fully to the work of the Lord, because you know that your labor in the Lord is not in vain.