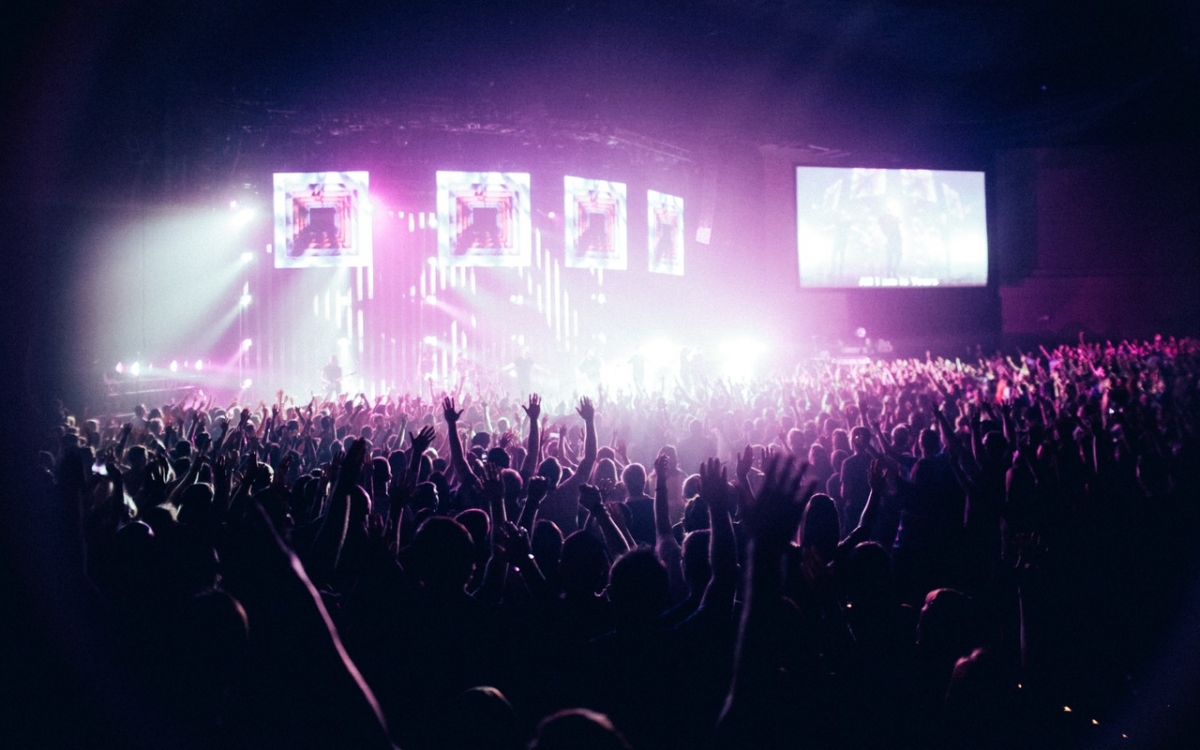 If the Holy Spirit was taken away from the church in the West today, 90 per cent of what we do would carry on as if nothing had happened! It’s a saying I remember hearing years ago – and I suspect it’s still true. Have you ever had the experience of going into a church and noting that despite the singing, the prayers, the reading, the preaching, the youth groups, the notices, the banners and the ‘fellowship’ (ie cup of coffee afterwards), it somehow seems just so, well, lifeless?

This is not a new problem. Christ’s letter to the church in Sardis (Revelation 3:1-6) shows that it is as old as the church itself. Sardis was a city that had a great past – it was the capital of the ancient kingdom of Lydia which reached the peak of its wealth in 700 BC. Its most famous King was Gyges who was known to the Assyrians as GuGu and the Jews as Gog. In the Old Testament Gog is a symbol of the powers of evil. The city was conquered by the Persians and then went into a long period of decline before it was rebuilt following an earthquake in AD 17. One of the great messages of Revelation is that while the kingdoms of this world keep changing, (for map and history geeks you will love this superb ‘history of the world’), the King and his Kingdom go on forever.

But dead churches die… it’s the living church that goes on. Here is the scary thing – there is no guarantee that the church in your particular area or country will always flourish… that is a hard truth to grasp but all you have to do is ask – where are the seven churches today?

The Church was like the city. It had a reputation from the past but it was dead. Sardis was built on a mountain and had an acropolis that they thought was impregnable. ‘To capture the acropolis of Sardis’ was a Greek proverb for doing the impossible. But it was captured – five times – twice from lack of vigilance. There is such a lesson for our churches here – especially those of us who are secure in our traditions, theology or trendiness.

We may have a great reputation but reputation counts for nothing compared with the reality. Christ knows the spiritual state and immaturity of the Church. There was no external opposition and no internal heresy – things were looking good and they were peaceful – as peaceful as the grave. The church was dead but they did not know it, and other churches did not think it. I hope that is not true of us, but we sometimes have to examine ourselves. I remember visiting a well-known evangelical church with a real sense of excitement. It had a reputation of being alive, of being a place where God was really at work, of being the model for the church in the West. Maybe my expectations were far too high but even I could see that things were not as they had been portrayed in the Christian media – there was a spiritual deadness. Reputation without reality.

“I have found your deeds unfinished in the sight of my God”. Some of us are very good at starting things but never finishing them. For the Christian church that is not an option. We have begun the race, we must finish it. We don’t put our hand to the plough and look back. We continue to the end. We become more radical as we get older, not less! The church in Sardis forgot that. The city was addicted to a life of ease – and the church reflected the culture. There was no persecution because there was no invasion of the enemy’s territory. No friction usually means no motion!

“The unsaved in Sardis saw the church as a respectable group of people who were neither dangerous or desirable. They were decent people with a dying witness and a decaying ministry’ (Wiersbe).

There was plenty of activity but little spiritual life. “There may be a savour of religion about a man’s conversation, and yet it may be a borrowed flavour, like hot sauces used to disguise the staleness of ancient meat… members may have gone soundly to sleep upon a sound creed’. (Spurgeon).

But there was some life – the kind of life you get when you come home to a dead fire where you need to stir up the embers and then you need the wind. Five steps are necessary for a renewed and awakened church.

Wake up – v2 –”for it is light that makes everything visible. This is why it is said: ‘Wake up, O sleeper,rise from the dead,and Christ will shine on you.'” (Ephesians 5:14, NIV). The first step towards renewal is honest awareness and admittance that something is wrong.

Strengthen what remains – what is of God and has not yet died.

The Gospel and the teaching we have received. It is a work of the Spirit to bring to remembrance and to life the old.

We need to return to God as at our conversion. For Martin Luther repentance was a daily necessity. Are we any different?

Christ visiting his Church through his Spirit.

Although Christ warns the Church in Sardis that we will come like a thief in the night (ie unexpectedly) he also offers them great hope. Sardis was a centre for woollen goods and claimed to be the first to ever have dyed wool. In its temples you were not allowed to enter with dirty clothes. Christ says that he knows that there are Christians who have not ‘soiled their clothes’, that is, accommodated their lives to the heathen customs of their neighbours. He will come and purify his church… to present her to himself as a radiant church, without stain or wrinkle or any other blemish, but holy and blameless.” (Ephesians 5:27, NIV). Their names are in the Lambs book of life and he will acknowledge them his own people. “Whoever acknowledges me before men, I will also acknowledge him before my Father in heaven.” (Matthew 10:32, NIV)

Often we do not see the Church as Christ sees. We don’t see with the ‘eyes like blazing fire’, the hypocrisy, the sham, the greed and the manipulation. It is rare that we see the real ugliness – which is why when we do we are so shocked and horrified.

But it is also true that we do not see the real beauty. We are like someone who is finely dressed, only to have their clothes taken from them and underneath is ugliness. Some people are deluded by the fine outer clothes, others are disgusted by what they find underneath, but we have to go deeper yet until we find the delight that Christ has in his bride.

The church is the most beautiful thing on earth because it is the bride for whom Christ died, and which he beautifies. Let the beauty of the Lord our God be upon us.

Alarm time for the Western Church

For my own nation of Scotland, for the UK, for Europe and for North America I think the Lord, having whispered to us in our pleasures, is now beginning to shout to us in our pains. We need to listen to the Spirit speaking to the Churches, not just individuals but us collectively. The Spirit inspires prophecy and quickens the dead. How we need Him to speak to us prophetically and to give us new life! The embers need to be stirred. The wind needs to blow. All our programmes, practices and plans will not change the church or bring her to life. We need the Spirit. Let’s ask!