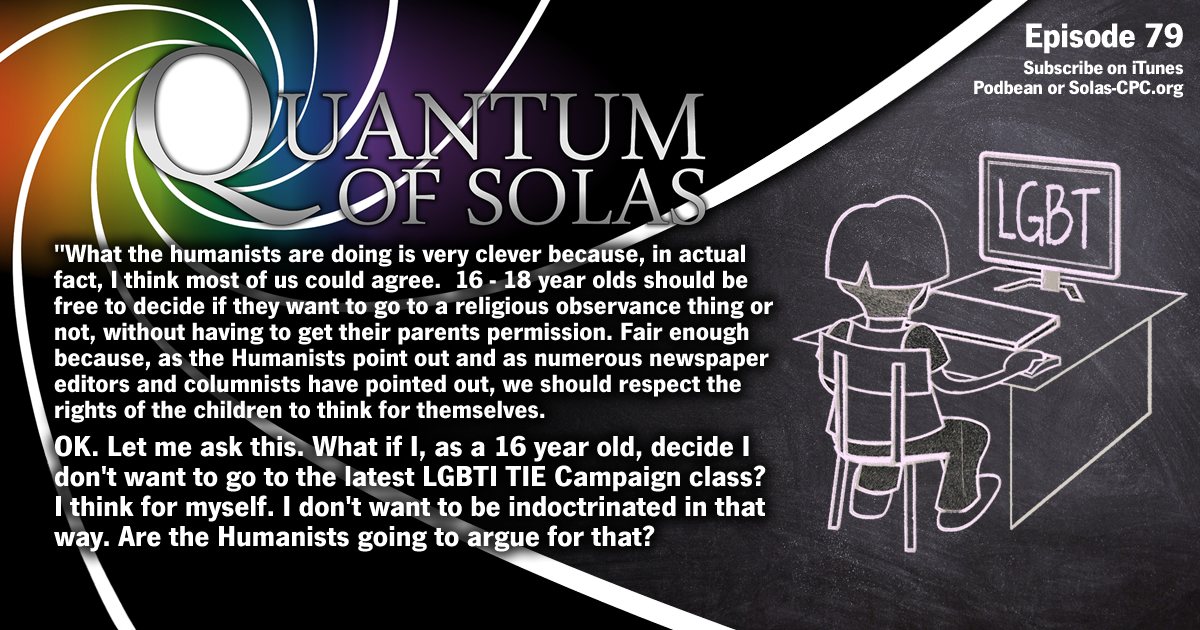 Quantum 79 podcast is out now on iTunes, Podbean and the Solas web site.

ArchbishopCranmer.com:  Good Disagreement: report fellow Christians to the police for daring to disagree

HeraldScotland: Humanist Society Scotland launches legal bid to give Scottish pupils the right to opt out of religious observance in schools